Bob vs. Buddhism: The Satisfying Conclusion. 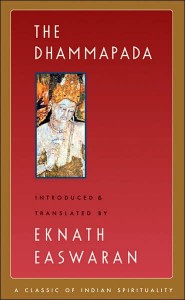 When I first started reading Elephant late last year there weren’t too many Yoga writers around, so I started hanging out with the Buddhists.

I didn’t know that much about Buddhism, so I started asking naive questions and comparing Buddhist philosophy to Yoga philosophy, etc.  Some of my questioning got pretty aggressive, because that’s the way I like to learn.

Instead of cyber-tarring and feathering me and riding me out of town on a cyber-rail, the Buddhist writers warmly welcomed me in, patiently answered my questions, and even engaged in lengthy debates with me about Yoga and Buddhism.

I will always be grateful for this.  You could say they lived up to the best principles of Buddhism in the way they treated me, the insolent outsider.

After many fascinating and passionate but respectful exchanges, Waylon put out a blog which once again reinforced my impression that Buddhism is preoccupied with illusion and nothingness.

In this blog Chogyam Trungpa refers to our sense of reality as a  “cosmic joke” and Longchenpa is quoted on an Elephant sticker as saying “Since everything is but an apparition…one may well burst out in laughter.” (Bad Day? Here’s a reminder not to take yourself too seriously. 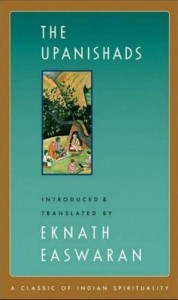 I wrote the following comment, which kind of summarizes all the problems I was having with Buddhism at the time:

You see, there it is again–that gaping difference between Buddhism and Yoga, which I keep trying so hard to explain and study away.  In spite of their common roots and overwhelming similarities:

Buddhism concludes we are nothing, a cosmic joke.

Yoga concludes we are everything, that we are the cosmos itself.

This spark set off a startlingly diverse array of responses, like:

“This is slanderous–Buddhism isn’t about nothingness at all.”

“Buddhism is exactly about nothingness.  Get over it.”

“We Buddhists don’t need starry-eyed Yoga hallucinations to face the reality of our lives.”

“It all depends on which type of Buddhism you’re talking about.”

Then, just when I thought this exhilarating discussion was winding down, tobye stunned me with this comment:

It’s all quantum physics and string theory isn’t it? There are 100 trillion cells in our “body”, but only 10 trillion cells are actually us, the rest is parasites, bacteria and micro-organisms! But do those micro-organisms see “ourselves” as us, or do they look up into “outer-space” wondering if there’s other life out there, or if there really is a God?

100 billion stars in the universe…. 100 billion cells in the brain! Buddhism sees everything as empty (sunyata), because it understands life at the sub-atomic level…. loads of particles rushing around in circles, with lots of space in between. We dont exist because we’re made up of those particles and if we had a camera small enough, we could video the space in between what we feel is solid.

Yoga, sees love as the glue that holds everything together, even though none of it really exists…. what does exist is the will, the feeling, the need, the energy that holds it all together. We are that energy, the same as the sea is that energy and redwoods are that energy. Everything is just a need to express the capability of that energy. We don’t exist, only energy exists and energy will always exist. It may take on different forms, but it will always be the same energy.

The humour is in the fact that we have 300 different types of yoga and hundreds of buddhist sects, all getting caught by ego and trying to explain the same thing in their own personal way. And then we argue and debate over how we see things through what we’ve learnt in our own way, but it’s all the same and none of it exists!

Endless scriptures in sanscrit, that takes years to translate and then understand and then we argue over the translations and which version is the best…. Yoga teachers spouting sanscrit mantras because they think it validates them in some way, buddhist monks talking riddles because, while you’re trying to work out what they mean, you’re in the moment, it doesn’t matter what they mean, only that you stay in the moment for as long as you can!

And the longer you stay in the moment, the more obvious it becomes that everything is complete nonsense, because all we are is dust in the wind! You have to laugh deep in your belly, because its one big joke, but it’s not a sick, black humour, its joyous and full of love! You have to wake up in the morning and start smiling at how we’re all stuck yogether with God’s glue, for no other reason than he just wondered what he could do with it all!

We could debate for millenia about his reasons for doing so, but in the end all we need to do is love it and know we are an equal part in all of it! And when I say “God” and “him” I’m talking about the energy. And when i say “equal part” I mean one and nothing.

To which I responded:

Thanks, Tobye! This is an astounding conclusion to a great conversation. (Well, maybe not the conclusion quite yet.)

Your wonderful and eloquent summary takes us right back to where we started. Everything that you write above about the universe being a single energy with many different forms could have come right out of the Upanishads or the Bhagavad Gita, WITH ONE ENORMOUS EXCEPTION.

Instead of concluding that “we don’t exist”, the ancient Yoga texts conclude that, because we are all that one energy you speak of, we all exist in an infinitely more wondrous form that is way beyond our ability to fully understand or comprehend.

In other words, instead of us being nothing as you say, each of us is the infinitely-wondrous, blindingly-amazing life-force of the universe itself. Instead of being nothing we are everything.

While this sounds “high-falutin” on the surface, as some have written, to me it makes perfect sense because it acknowledges that even though we can understand that we are all just energy, we aren’t even close to understanding the ultimate source of that energy and its wondrous manifestations.

That’s what Yoga and some schools of Buddhism call God. It’s not really a deity, but an acknowledgement of the infinite, awesome, very real but ultimately unknowable, wonder of the universe, and each of us is an integral part of that wonder.

You know what? In spite of this apparent difference in point of view, I think we are actually looking at two sides of the very same coin, my friend!