Tim Ferriss is one of those people who just do not fit in. He is different—and he is after redefining whatever he was told general wisdom was.

He is also a top marketer and a producer of best-sellers. Every chapter makes outrageous promises, and we want to believe. He is one of the first authors I know of to have a book cinematographic preview (check the video below).  The book is #4 in Amazon (was released only last Tuesday) and already #1 under the categories of weight loss and injury recovery.

I was a big fan of his first book, The Four Hour Work Week, because it challenged long held beliefs and brought the idea of “designing the life style we want” where it belongs: into our times. So when The Four Hour Body was released, I knew it would be, if anything, controversial—an experiment, out there, honest, a little crazy and entertaining.  It delivered… albeit perhaps missing a little heart.

The book is heavy and deep blue in its outer and inner cover. It almost feels like a medical reference manual to be kept on the desk. The big orange letters, however, tell you that this is not your grandpa’s body/medical reference book; this is an entrepreneur looking at the issues that affect most people in our times and approaching them from way beyond outside the box, kind of like: what box?

Weight, which I suspect will be the most controversial part of it judging by the reaction of people to anything related to it, occupies the first 224 pages of the book and runs the gamut of experiments including the ice bath, running in cold weather with only a t-shirt, not eating fruits ever, or focused binging, as in the intent: “to have as much of the crap ingested either go into muscle tissue or out of the body unabsorbed”.

The diet itself is somewhat not new: “avoid white carbs, eat the same meals over and over, don’t drink calories, don’t eat fruit and take a one day off per week” but the delivery and the addition of experiments makes it compelling, a great read and a temptation to try. I, for once, have started drinking more water after reading that: “insufficient water intake seems to be particularly common among women.”

Another bestselling topic is the 15 minute female orgasm. He introduces a new definition of orgasm, I suspect to fit in the possibility of such thing: “Orgasm is when there is no resistance –no physical or emotional blocking—to a single. point of contact between one finger and the clitoris. This state naturally leads to the involuntary contractions…Most associate with the word orgasm”

“So, can I ask exactly where you are touching the clit now? It’s still upward motion?” and that is only the beginning, while he is learning and before he gets to experiment himself with another woman.

When the teacher asks him at the end of the session if he has any feedback Tim replies “This should be required education for every man on the planet”.  I find myself agreeing, not sure it would work for every woman, or that a 15-minute orgasm is actually real. But good education, sure!

Strangely, I also feel turned on and with the urge to find my husband and take him upstairs.

Perfect night sleep? Covered! I have to say that in this chapter there were many suggestions I have never heard of.  Tim went all out and set up a laboratory of one man in his own home and tried whatever he could find. One of the suggestions I found to work when it comes to “turning off the monkey mind”, was checking the temperature in the room. At least for me this works: if the room is too hot or too cold I have trouble, but when it is between 67 and 70 (as Tim suggests) things get cozy.

Of course it does not end there: how about sleeping only 2 hours per day?

Other interesting suggestions include, among others: “eat large fat and protein dominated meal within three hours of bed”, “taxing the nervous system with iso-lateral movements” and “a cold bath one hour prior to bed”.

From the yogic point of view I was a bit alarmed on the chapters about holding the breath: “How to hold your breath longer than Houdini” for which he spent some time with a magician called David Blaine, whom you may have heard of, and who is famous for having been frozen alive for nearly 63 hours or drowned alive, well, not really, but he did hold his breath for more than 7 minutes under water and in front of hundreds of people at Lincoln Center in NYC.  Tim gives the techniques in the book and of course warns people “not to be idiots”…trying it without training or supervision.

Then there is the chapter on recovering from injury in 14 days. He takes us through his own process of reversing “more than 20 fractures and 20 dislocations, two joint surgeries and enough tears and sprains to last a lifetime”.  What he tries is pretty impressive: Feldenkrais, Pilates, Ashtanga, Massage of all types, Acupuncture, Androgel, DMSO. The list goes on and on.

I confess what I found most appealing in the book was the idea of “medical tourism” or how he actually pays for a beach vacation with one hospital visit, in Nicaragua.  This is an idea with which I have been toying with after hearing different accounts from friends who go for dental cleanings and regular checkings only when in India, and they tell me they are very satisfied with the results, not to mention the price.  I have a feeling that could be the topic of Ferriss’ next book.

I did not devour The Four Hour Body as I did with his previous book—I found it dense at times with way too much information and perhaps lacking the human touch. His treatment of the body as a machine makes me uncomfortable.  Intuitively I sense that there is more to life than total optimization or becoming superhuman. But I must say that I always enjoy Tim’s writing. He is direct and does his research, and I appreciate the fearlessness on approaching all of these topics and how he helps me think differently. 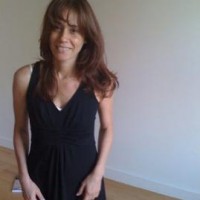