I’m not your traditional blogger. In fact, I generally hate blogs, bloggers, and self-proclaimed “writers”. I have never had a personal blog to let my thoughts run (or in my case, walk slowly). Generally, my last few blog entries have talked about environmental and political scandals. Don’t get the wrong idea, I am no conspiracy theorist; I just dig a good scandal and like fighting the good fight. It seemed to me that blogging on the internet was the death of writing and print, but in fact, it ís what is keeping writing alive. Blogging is the vital transition and change that brings content to people anywhere in the world.

Recently, I went to Elena Brower and Garth Stevenson’s class at Virayoga to film a segment for Wanderlust. I know this is highly un-yogic of me, but I had an awfully long night out beforehand and did not get much sleep. The class was to begin at 11 and I had to be there at 10:30 to setup and talk. I woke up in a panic at 9:40 asking “what day of the week is it?” and immediately rushed out the door to Virayoga in SoHo.

I did not know what to expect because I haven’t been in many yoga classes, let alone Elena’s. The only yoga I have ever practiced was bikram, and that was a short stint.

You have to understand one thing if you don’t already; I am not one to blog about personal matters or feelings. Please don’t sit at your computer thinking, “Oh great, a sob story of some sorts from another scatter-brained, paranoid, neurotic, and Jewish New Yorker.” It’s not my usual content, but this bit of inspiration just could not stay away from the keyboard or monitor.

Elena started the class off with a speech that I thought was perfect for where I stood in the room. The speech was about transitions, relationships, and how to let one go. There were many ways I could relate.

It’s hard to talk about this, especially publicly, but I lost a close family member recently who happened to also be the backbone for everyone around her. Right before her death, I had talked to her on the phone and she wanted to know only a few things. “How is work? How is Bianca? Are you happy right now?” It was obvious she was letting go and wanted to make sure that what she was leaving behind was in the right place. She went on to ask all of her family members the same types of questions. What saddened me the most about letting go of this one person is that we had not become as close as we should have until recent years.

I have never been good at letting go, moving on, transitions or change. What helps me get through these things (somewhat) are the sayings of those wiser and older. One such quote is one that my father repeats from a Robert Frost poem: “The woods are lovely, dark and deep. But I have promises to keep, and miles to go before I sleep.” On the day of the funeral specifically and in general, I think about this quote. If you are a literal person and cannot see into things you may think, “Well OK, it is about someone stopping by woods on a snowy evening and taking it all in.” In my opinion, it is not that simple. The question here is, what do the woods stand for? Are they bad or good? In my experiences, the woods have represented wildness, youth, and confusion. The lesson this poem teaches us is that yes, be wild, enjoy your youth and your irrationalities; but know that before you can rest you have to let go of that and take care of your real responsibilities. It says that you have to make sure everything is in its right place before you are (for lack of a better term) finished.

Since it is 2AM on a Saturday night (or Sunday morning if the glass is half empty for you), I don’t think I can write much more. Instead, I will leave you with the words of others that made change a less hated process and have helped me travel from one place in my life to another with the passing of a loved one:

“We can live without religion and meditation, but we cannot survive without human affection.”

“There is nothing wrong with change, if it is in the right direction” 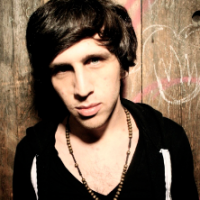