Manifesting Mindfulness Through Speech. ~ Travis May 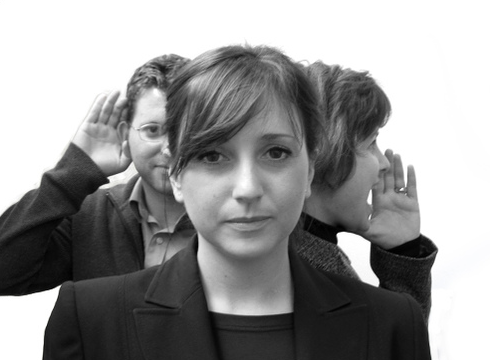 I’ve been noticing for quite some time that even among experienced practitioners there seems to be a lot of un-mindful communication happening—even in the midst of dharma related conversations and situations.  I believe it was at Sutrayana Seminary at Shambhala Mountain Center (although I couldn’t find it in my notes just now) in 2008 that Acharya Gaylon Ferguson mentioned this quote by Thrangu Rinpoche that has really stuck with me ever since I heard it:  ”Realization is expressed through presence, not words.”

It doesn’t matter a damn bit how much intellectual knowledge you have of the dharma if it isn’t being expressed through your being.  An important aspect of this expression is how we communicate with others.  At another program I attended we received a manual which included the Six Points of Mindful Speech.  One of the main things we’re working on with our meditation/Shambhala/Shambhala Buddhist practice is cultivating our mindfulness and awareness. Shamatha meditation is working with both of these aspects (Tibetan: trenpa (mindfulness) and sheshin (awareness).  The point, of course, isn’t to learn how to be present (mindful and aware) only while we’re sitting on the cushion.  We practice meditation to cultivate these qualities so that they become our basic way of being in the world.

How much we’ve been processed by our path is evident in how we manifest in our day-to-day activities and interactions with each other.   If, as soon as we leave the shrine room and have a conversation, we are constantly interrupting, talking-over, and not listening to each other (i.e., just waiting for our turn to speak) we are not being very good examples (or models) of the teachings and practices we have been so very fortunate to receive.

The Six Points of Mindful Speech are a list of pithy phrases that we can use as guidelines to practice skillful communication.  They are quite basic and straightforward making it easy to keep them in mind as we communicate.

Use Silence as a Part of Speech

It seems so simple, yet it so rarely seems to happen.  In trying to practice these techniques (and only being semi-successful, I assure you) it seems that maybe the biggest key is to be mindful of anything when interacting with others (as opposed to being completely swept away in the spinning of discursive mind).  The fact that the Six Points are very simple and easy to remember is also a plus.

Generally, it seems that once we leave the practice environment (which sometimes means immediately when we take one step out of the shrine room) everything we’ve been working with gets thrown out the window.  Loud and discursive chatter almost immediately ensues.  Practicing the Six Points of Mindful Speech is an opportunity to bring the mindfulness and awareness we’ve been cultivating on the cushion into our everyday lives.  And when we’re able to do it successfully it is a testament that our practice is actually working.

Practicing the Six Points is a relatively painless process.  When we’re communicating (with the Six Points in mind), whether it be to an individual or within a group, we are aware of who we are talking to, how they are reacting to what we (and others in the group) are saying, and whether everyone is getting the opportunity to speak.  We are being mindful of what we are saying, making sure that it is clear and understandable, and having the consideration for the listener(s) to keep it short.  Perhaps most importantly we are recognizing and allowing for space.

When someone has finished speaking we can let the words soak in for a bit, consider carefully what has been said, and respond skillfully.  We can allow the space for others to join the conversation, so that we are not dominating it.  This approach allows us to simply listen to what is being said, with undivided attention, and not form our response while the person is still talking (and thus not really listening) and waiting to jump in at the first tiny break in the conversation.  In an environment such as this, we can take (and know we have) the time to consider our words carefully, and skillfully express our thoughts and ideas with precision.

Granted, when you are the only person practicing the Six Points of Mindful Speech, what seems to often happen is you end up being a spectator in a conversation where a few people are talking-over, interrupting, and not listening to each other.  Sometimes this is okay, and sometimes modeling  mindful speech can teach others to follow suit.  However, since impermanence exists, you may wish to skillfully introduce the topic of the mindful speech/listening, lest we all just talk ourselves to death.  I personally believe that the Six Points of Mindful Speech (or some such reminder) should be framed and hanged in each dharma center, home, and business.

In addition to mindful speech, or maybe coming out of it and that connection to space, are two more important points.  The real key to effective communication, it seems to me, is how willing and able we are to be open & honest.  In my experience, working with these Six Points and connecting to that space allows me to touch in to my heart and be able to speak straight from there.  So many problems and unnecessary obstacles seem to arise from being afraid to say what we really feel.   If  we could just speak from the heart and be open and honest with each other so many problems would be avoided, misunderstandings subverted, and so much more genuine and beneficial communication could take place.  We lose so much more by protecting whatever it is we think we are protecting than we could be gaining by more meaningful and real communication.

At Warrior Assembly last summer we had a delek (a smaller group within the larger group) meeting and some people complained to me (as the dekyong- or group facilitator) that they were frustrated by the fact that they didn’t have a chance to speak and that the meeting was chaotic and the conversation dominated by a few boisterous individuals.  At the beginning of our next meeting I handed out a copy of the Six Points of Mindful Speech and asked that we try to practice them in our delek meeting.  This program (the culmination of Shambhala Training) is a celebration of the Shambhala teachings and culture—a microcosm of what an enlightened society could be.  I asked that we try to model this aspiration—to be this example.  The meeting went extremely well, and was much more uplifted, and showed how meditation-in-action could manifest.

Now, it starts at home.  It’s up to us.  We can express our mindfulness and awareness in our speech, in our own sanghas, and in our own homes.  And I feel that this is a message worth spreading. 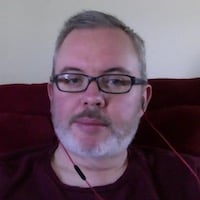