Braces and the Yoga Teacher

I have been serving out a sentence at a dental correctional facility for the last two years.

My crime? Being born with bad teeth. Or sucking on a pacifier during a less-enlightened part of my life. Iâ€™m sure at the time it was worth it (especially for my parents) but Iâ€™ve been paying for that every since.

Why couldnâ€™t I have been one of those New Guinea indigenous people who have naturally aligned, beautiful teeth? Or from somewhere in sub-Saharan Africa? Maybe they only audition beautiful-toothed people for those National Geographic specials and weed out the rest, but personally, Iâ€™ve always wondered why all the non-Caucasian indigenous people have gorgeous teeth and the white man gets the short end of the stick in the dental alignment department.

Perhaps you are one of those Caucasians who grew straight teeth after your milk teeth. Congratulations. Or, more likely, you endured a few years of social awkwardness while you sported a â€śmetal mouthâ€ť during your adolescence. I always wondered if parents think, â€śWell, teens are socially awkward anyway, so you might as well use that time for the braces too.â€ť

I wasnâ€™t so lucky. No braces went on me during my adolescence because my parents didnâ€™t have the means. When I finally had the means, I discarded the thought upon learning that dentists wanted to pull out healthy teeth first in order to make space for the straight version (uh, no thank you: pulling unhealthy teeth is one thing; but I know Iâ€™ll want all the healthy ones when Iâ€™m 90).

Lastly, three decades of stilted teeth later, I found a dentist who said he could give me those movie-star ivories without surrendering a few of them. Excited, I plunked down some cash and the treatment started, with the caveat that I couldnâ€™t eat popcorn or carrots. I was pretty certain I could handle that sacrifice.

If youâ€™re considering getting braces, you might not want to read the rest of this article. Not because I love popcorn and carrots and missed them dearly, but because they conveniently forgot to mention a few other caveats, and the following two years were torture. All along the way, my girlfriend tried to cheer me up saying things like, â€śWell, itâ€™s been three months already! That went by pretty fast!â€ť

â€śNo. No, it didnâ€™t. Fast for you, maybe, but for me, every one of those ninety days was a frigginâ€™ long day!â€ť

Now, I gather my experience isnâ€™t anywhere near the horror stories others have had (a friend told me she had braces for seven years; another had a tooth turn dark and the doctor sent her to a specialist thinking that the root was dead â€“ a false alarm; another one had the same thing happen, except it wasnâ€™t a false alarm).

So, while my experience has hardly pushed the envelope of dental damnation, had I really known what awaited me, Iâ€™d be happily yakking through crooked teeth right now. For not only have there been periods of intense discomfort and pain, Iâ€™ve also often questioned if any of it was worth it, and furthermore, if any of it was ever going to work: there have been times during my treatment when my back teeth touched but there was a huge gap between top and bottom in the front (â€śDang! My teeth looked far better before I started!â€ť); times when my front teeth looked aligned but where for the life of me, I couldnâ€™t chew with my molars (â€śWhat the hell? They may have been crooked, but everything was functionally perfect before!â€ť) and times when I asked myself, â€śSure, Iâ€™m hungry enough to eat that, and for once I can chew it, but do I really want to spend thirty minutes cleaning my teeth afterwards?â€ť

This is where I saw the as-yet untapped weight-loss potential of orthodontic treatment. (â€śOverweight? Compulsive Overeater? Try braces! You wonâ€™t associate pleasure with eating anymore!â€ť) Or where I saw myself as one of those magazine advertisements for Save The Children: â€śPoor Little Orthodontic Treatment Guy Goes Hungry to Bed Every Night. Sponsor him now! $20 a month will buy a lot of bananas and milkshakes!â€ť

The thing is, Iâ€™m a yoga teacher and I tell my students to use the sensations from their bodies in the various poses as a focus of attention. â€śIs your hamstring talking to you in this pose? Breathe with the hamstring! Be the hamstring!â€ť But for the last two years I have done everything not to â€śembraceâ€ť my own advice, not to breathe into the dull ache between my teeth, or become my sore tongue, or take with a light heart my inability to bite into an apple. I have not been the Buddha. My mantra hasnâ€™t been, â€śThis too, shall passâ€ť or â€śItâ€™s just sensations.â€ť More like â€śWhat the hell was I thinking!?â€ť And â€śPlease, doctor, take these things off me now! You can keep the money, just let me go!â€ť

You know those boots that the police slap on your car when theyâ€™re serious about collecting the fine you owe? Thatâ€™s what this feels like: the dental police put a boot on a bunch of my molars. And the rest of my mouth has felt like one of those electronic ankle bracelets for people under house arrest. Yes; Iâ€™ve been under dental arrest for two years, and tomorrow I go before the parole board.

Shackled by the teeth, I do.

â€śWhat have you learned during your time in this correctional facility, Inmate 6500?â€ť

â€śIâ€¦ Iâ€™ve learned to floss and brush likeâ€¦ like never before in my life, sir. After every meal. Itâ€™s a skill that I will take forever with me, if I am released.â€ť

â€śA lot of inmates whoâ€™ve come before this board have said those very words only to go back on them.â€ť

â€śWatch your language! Perhaps we should keep you in those braces a while longer till you stop being a potty-mouth!â€ť

â€śFamous last words! So thatâ€™s it â€“ flossing and brushing? Thatâ€™s all you learned while at this dental correctional facility?â€ť

â€śNo, sir. I also learned that most people donâ€™t give a shâ€¦ I mean, a care about what your teeth look like. Unless your teeth are all over the place, everybodyâ€™s too concerned with their own looks to notice yours.â€ť

â€śSo if youâ€™d seen the error of your vanity, youâ€™d never have been in this correctional facility, is that it?â€ť

â€śBut now that your teeth are corrected, how do you feel about that?â€ť

â€śThatâ€™s the right answer. Weâ€™re going to recommend your release, conditional on good dental behavior. Youâ€™ll see your parole officer, Mr. Dental Retainer, every night for the rest of your life. Is that clear?â€ť

â€śYou skip one of those appointments, and weâ€™ll have you back here in no time!â€ť

Well, some people would celebrate their freedom with a splurge of some kind â€“ an expensive meal out, champagne, that sort of thing. Me, Iâ€™m going on an all-out celebration: Iâ€™ve decided when the braces come off, Iâ€™m getting a bag of popcorn and at least five pounds of carrots.

And a shiny new toothbrush. 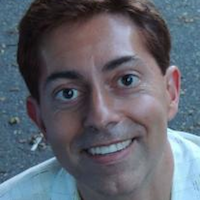 Ricardo das Neves is the author of Unenlightened: Confessions of an Irreverent Yoga Teacher, and is occasionally known to tweet (@spirithumor). See more VISUAL YOGA BLOGS her… Read full bio

Â  Our trusty pelvic floor which is known to be the energetic center of pleasure, sexuality, and joy. How to make yours fierce and toned >>.