I had two quotes in my high school yearbook–and both serve as a nagging reminder that I was trying way too hard to be cool and that I might just be the cheesiest girl to ever have graced the halls of School of the Holy Child, the all girls catholic preparatory school I attended.

I could overlook one cheesy high school quote–chalking it up to naivete and my youthful visions of grandeur–but two? Their combination is like a double dose of velveeta mixed with a whole lot of “what was I thinking?”

And so here I am, wondering:  What do these quotes even mean? And what bearing would they have on my future self?

Quote 1: “When it’s time to change, you’ve got to rearrange who you are into what your gonna be….” ~ Pre-Pubescent Peter Brady, The Brady Bunch.

Ok, I get this. It’s hopeful, in a doe-eyed Peter Brady kind of way. Sure, the future would require me to change and grow and evolve into the person I was destined to be. But only the wholesome, golly, gee-whiz wisdom of  Peter Brady could make me feel that, although change is inevitable, I am perfect as I am. I’d just need to rearrange and adapt a little because I already had all the groovy material to work with.  Thanks, Peter! (Yes, I am now on a first name basis. After all, he did give me life advice.)

Who knew he was so smart and savvy? Clearly, the 18 year old version of me did but the 35 year old version definitely stored that memory in the box with my other high school souvenirs. To think, if I had just listened to the wise words of Peter Brady, I wouldn’t have spent so much time trying to be better and brighter and more beautiful than I already was.  And I would have avoided such disasters as bangs, the job from hell, stir-up pants, the other job from hell,  the master cleanse and roller blading.

I’m embarrassed to even admit this was my quote. But there it is, right underneath my senior picture, serving as an official reminder that I thought I was way cooler than I actually was. (Hey everyone! I chose a quote that doesn’t mean anything! Think on that a while! Yeah, that’s right, no Robert Frost quote from me. I’m going with something way cooler, a quote from Phish, who I  saw in concert once.)

Maybe this quote would have made sense if I had a shoe fetish or if I really liked Imelda Marcos, but unfortunately, neither were true. And I wasn’t trying to offer a modern take on the old adage, “never judge a person until you’ve walked a mile in their shoes.”

Instead, this quote represents an incredibly judgmental and shallow side of me. See, I used to believe that I could tell whether or not I would get along with a person by the shoes that they wore. To me, high heels meant high maintenance, pointy oxfords suggested narrow mindedness,  and top siders were usually worn by top earners. Did that mean ladies who wore teetering heels and other foot torturing devices were slaves to fashion?   Are these sweeping generalizations? You betcha. Are they usually accurate? You tell me.

But that was then, this is now. Today, I would tell you: Take your shoes off! Whatever you do, take care of your feet! (You’re not so cool now, are you Phish?)  As a yoga teacher I spend most of my time barefoot and with over 200,000 nerve endings in the sole of each foot, our feet not only help balance, but they act like antennae, transmitting information from the ground up. Turns out, shoes aren’t as cool as they look! Some say they even have warped our feet and added stresses and strains to our bodies. So maybe all those years of wearing comfortable, sensible footwear didn’t make me all that sensible, after all.

So… in the debate of cheesy high school yearbook quote vs. wanna-be-cooler-than-I-am quote, the gooey goodness of Peter Brady wins. Feet down. 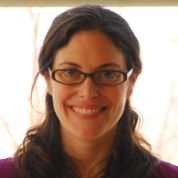 Laurie Jordan is the author of YAWNING YOGA: A GOODNIGHT BOOK FOR A GOOD NIGHT’S SLEEP based on her successful bedtime yoga series, Yawning Yoga and the creator of Littl… Read full bio