How Art Can Save Your Bacon

Once upon a time, in renaissance Italy, a master craftsman named Paddy Da Vinci was top banana.
He came to Florence from Ireland at the invitation of his famous cousin Leonardo and he quickly became the go-to guy for the artistic community there. Paint mixing, canvas making, picture framing, fresco supplies, discount marble, Paddy did the lot, with bells on.
All the great artists of the time used him.

One day cousin Leo came to visit Paddy at his workshop. He put a small painting of a young woman on the easel and flopped in a chair, very dejected.

“What the feck is wrong with you?” Paddy asked.

Leonardo told him that the picture was broken and he wanted Paddy to fix it.

He examined the picture closely. The only thing he could find wrong was a small chip in the gold leaf of the frame which he quickly set about fixing. An hour later he presented the picture to Leonardo with a flourish. That’s what they did back then. Flourish.
Leonardo wasn’t happy. Not even slightly. When Paddy asked him what was wrong, Leonardo said the picture was still broken.
Still broken?

Paddy’s professional pride was wounded. He’d examined that picture thoroughly, had found what was, in his highly trained and expert opinion, the only flaw in the painting and fixed it and now he was being told his own trade by, an artist of all people. It was too much. Paddy let fly with a stream of insults that would have melted your ear wax. Leo gave as good as he got, calling Paddy’s lineage into question, barnyard animals were mentioned, Oedipal copulations outlined.

Eventually, a bit over it all, Paddy said, “If you’re such a feckin’ genius why don’t you just tell me what’s wrong with it.”

“Yes, there’s something wrong with her mouth. Her smile is not right.”

“Yes, now can you stop fecking about and just fix it, please.”

Paddy laughed. The same thing had happened the previous year when Leonardo was painting The Last Supper. He’d summoned Paddy all in a flap, concerned that nobody would figure out all the hidden messages he was putting in the picture about the holy grail, and Mary Magdalene, and had he made her too masculine?

Paddy took the little painting off the easel and handed it back to Leonardo.

“I can’t fix this feckin’ painting,” he told him, “No one can. No one except you because you’re the only one who knows what you’re trying to express.”

Leonardo took the painting. He didn’t argue because in his heart he knew Paddy was right. He thanked him and apologised saying he wasn’t thinking straight because Lisa’s non stop complaining was doing his head in.

“Who the hell is Lisa?” Paddy asked.

“She’s the woman in painting.”

“She’s paying me a ton of money but she’s such a sour puss it’s really hard to make her look even slightly happy in the painting.”

“That’s great Leo. Look, I’ve got Michelangelo coming over at two, so can you like, you know, clear off.”

“Okay Paddy, but I’m going to have the last laugh with her. I’m going to call the painting something like, That Feckin’ Moaner Lisa.”

Paddy laughed, “You might be a genius Leo, but you’re some feckin’ tulip.”

And with that Leonardo went off into the pages of history and Paddy went off to the nearest pub.

Whether it’s Paddy the craftsman, Paddy the doctor, Paddy the political, Paddy the therapist, or Paddy the guru, the idea of the all knowing expert is a velvet notion to say the least.

It’s patiently obvious that Leo asking Paddy to fix a problem only Leo could fix, was not the way to go. It can be much harder to know that no one else is better able to live my life as the best expression of who I am than me.

By the same token no one else is better able to live your life as the best expression of who you are than you.

It’s fine to ask for feedback and suggestions, wise even, but it only works if I ask for the feedback and suggestions knowing that when it comes to my life, I am the creative genius. Without that knowing I’m open to the wrong kind of influence. If Paddy had been a different kind of person he might have given Leo all sorts of advice that could have sent him off in the wrong direction and the Mona Lisa would never have happened, at least not as we know it.

The difficulty with this knowing I’m talking about is recognising my life as a work of art. It’s hard to notice because for one thing my life is so big, it goes on for years, and for another it’s not finished. My life is more like a movie than a painting and depending on what part of the movie I’m in it will have a different vibe. Am I in the happy part, the sad part or the getting fit montage.

What you and I get to see are a series of apparent problems but really they’re no different to Leonardo trying to get the Mona Lisa’s mouth right.

The nice thing is if I’m feeling a bit lost then knowing I’m the creative genius behind this work of art can help me get a sense of what is being expressed. In any situation I can stand back like an artist and ask myself, what would this situation convey to others? This helps me get a bit of distance from the situation by imagining what it looks like from the outside.

Then I can ask myself, what does it convey to me? If I’m really quiet I can hear the shadowy voices of my unconscious rising up to answer this question.

It’s an empowering perspective because it means if I get sick, for example, instead of throwing myself on he Doctor or Therapist’s couch and demanding to be “fixed”, I can focus on what is being conveyed by the sickness.

If I’m strapped for cash instead of running abound like a headless chicken trying to shuffle money from one credit card to another in the hope that friction alone will cause the money to expand, I can wonder about what the lack and the fevered attempts to avoid it could mean.

If I find myself taking extra long bathroom brakes at work I can wonder what my intimidating boss is about and why I’m so afraid of them.

If I find myself having meaningless sex with someone while snorting coke and taking swigs from a bottle of Jack, I might conclude, like Dewey Cox that, “This is a dark fucking period.”

Seeing your life as a work of art is an approach that may not work for everyone but it works for me.

Try it yourself, if you look at your current situation as a passage in a great work of art what does it convey?

*Remember, sharing this article with your friends and on your facebook wall will bring you great wealth and happiness and make you more attractive to the opposite sex. 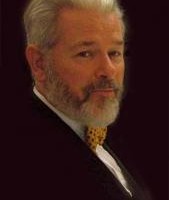 Born in the craggy foothills of suburban Dublin John Dalton staggered along the spiritual path until he got himself enlightened in 1996. Deciding against a career as a celebri… Read full bio