A Tale of a Raw Foodist and the Missing Link.

I was a raw foodist for 2 years.

The raw foods diet has been shown to reverse many diseases of excess including Diabetes, Heart Disease, and Cancer. Being an extremely cleansing diet can be the exact balance to the Standard American Diet diet to reduce the excess built up from that lifestyle. This diet, followed in the short term, can provide cleansing, weight loss, renewal, energy, and vitality especially for people living in a toxic environment and eating toxic foods.

I was so inspired by this cure-all diet that I prided myself on eating a 98% raw food diet. I spent most of my time chopping, blending and sprouting. It was a fabulous time spent with my food.

But at about a year in things started to head into a downward spiral. I was losing weight no matter how many avocados and coconuts I ate, had stomach aches regularly and my yoga practice was suffering to the point where I couldn’t hold downward dog without my muscles quivering. I was confused and felt like a failure, and that surely there was something that I was missing in the Raw Foods literature. So I went and became a Holistic Nutritionist.

Here is what I learned. Raw foods are cleansing, but my body was over-cleansed. Raw foods are alkalizing, but being too alkaline is just as bad as too acidic. Raw foods are cooling and I was living in Vancouver, BC where it was rainy and cold for 9 months of the year. And lastly Raw Foods are expansive which creates an upward ascending energy which resulted in a version of myself that was very ungrounded.

Expansive – Most foods are leaves that grow upwards or fruit from trees both being very expansive. This quality is balanced by some raw root vegetables, miso, braggs and sea salt. Of special importance to a Raw Foodie: All extreme expansive substances are avoided: stimulants, chemicals, alcohol and refined sugar.

Cooling – Foods being in their raw state are very water rich, and therefore cooling. The raw food state has the most cooling effect on the internal body. This can be balanced by the intake of dehydrated foods like flax crackers and warming spices.

Cleansing – Foods mostly eaten include vegetables and fruit which are potentially high in vitamins, minerals, fiber and water; all breakdown elements. The only building foods included are nuts/seeds and sprouted beans and grains although the latter is difficult to make tasty raw and is consumed in small amounts.

And the most important part I was missing.

The Digestion and Absorption piece.

Digestion is crucial to consider since most literature supporting Raw Foods does not explain the key of digestion. Cooking helps predigest foods further including the break down of any phytic or oxalic acid rendering nutrients more bioavailable and concentrated than in their raw state. Phytic acids are found in all grains and oxalic acids are found in dark green leafies like spinach and kale. In their raw state minerals and vitamins are bound by these “antinutrients,” and they also prevent enzymatic activity and absorption. Although cooking does degrade some of the heat-sensitive vitamins and minerals it also degrades oxalic and phytic acid and increases nutrient bioavailability. This means that more nutrients are actually absorbed and assimilated into our tissues from cooked food than in raw.

When a raw food diet is maintained over the long term its benefits may quickly turn to contraindications by over-cleansing creating mineral imbalances, poor digestion and assimilation, wasting, brittle hair and nails, lack of concentration, depression, and damp conditions if in cooler climates. Biochemically speaking, phytic and oxalic acids reduce bioavailability of important minerals like calcium and iron and by cleansing can also leach these from the body. Raw foods also touts the enzyme content of raw foods that aids in their digestion. These enzymes are pH sensitive and do not survive the acidity of the stomach to enter the duodenum for digestion. The body, if healthy, produces and secretes the appropriate amount of enzymes to digest and assimilate food.

It is important to eat some raw food as well; less in the winter and more in the summer. The seasons will naturally tell you what to eat when you visit your Farmer’s market. I would also include some raw meats in there for the heat sensitive B6! 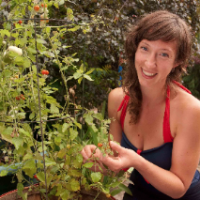 I am a Microbiologist and Registered Holistic Nutritionist. I have been in the health industry for close to a decade, starting on the allopathic medical end of the spectrum an… Read full bio