How Yoga Can Wreck Your Body? A Response.

If you are paying attention in the yoga world you have probably come across the recent article from The New York Times, How Yoga Can Wreak Your Body.This article outlines the dangers of the practice of asana as it has evolved in the West. Yoga in our culture has become much about the postures, rushing quickly or straining from pose to pose in what could better be described as calisthenics, bearing only a minor relation to the true roots of the practice and virtually ignoring the integrity of the postures. While the occasional class in this manner shouldn’t cause many problems, a repetitive practice like this will slowly reveal underlying physical weakness and cause problems later down the road.

The main yoga teacher cited in the article, Glenn Black talks of the tradition of yoga and that it wasn’t designed for classes en mass or people who sit in front o their desks everyday. Bodies such as these says Black aren’t made to jump into physically demanding classes once or two a week, straining to get into pretzel like contortions. Yoga isn’t about pushing people or forcing a student into the pose.

Several descriptions of extreme cases of injury follow, some temporary and some permanent.  Yikes.

So what is my reaction to this article? The author, William J. Broad, who has a book coming out next month, The Science of Yoga: The Risks and Rewards, and Glenn Black are correct in their words and I remind the reader that they need to look at the first word of the title. HOW. Yoga does have enormous potential to cause injury and it frightens me at times to see students put their trust in teachers who have little or no training especially in areas such as anatomy, assisting, and sequencing.  I shudder looking back at my first months of teaching when I hardly knew what I was doing or the potential for harm that could have happened in my classes after just a basic 20-hour weekend training, which was allowed by Yoga Alliance. I had only my own body and practice to go off of. Thank goodness that nothing ever happened and that I had my background in studying anatomy and physiology in school as well as teaching it to fall back on.  Still should I have been teaching yoga then? No.

Something that is not often discussed is the need for awareness of the body in space in yoga. It is essential for a new yoga student to develop this before they can really move on with their physical journey. A lack of this knowledge is what contributes to injury. Ask a student to flex their foot and you will see many variations of what this means. It isn’t about the way the posture appears but rather the movement to get there and then once there the alignment to remain safe. There is a learning curve is stepping into this. Students need to be patient and willing to  strength and integrity in their joints and muscles before forging ahead with too advanced or too fast of a practice.

Teaching to large classes makes it difficult to really serve each student and mixed levels also presents an issue.  So what is the answer? It is up to the student to be responsible for themselves and their body. They need to know when to push and when to back off.  Yoga is more about cultivating this tool than the actual postures themselves. Don’t try to get into a pose more deeply just because the person on the mat next to you is. The practice isn’t about them, it is about you. What will you gain by matching them? Perhaps a pulled hamstring?

I’m not saying that yoga can’t be used in a more superficial way for those wanting to change their body; It doesn’t have to be a deeply intense personal journey for everyone. I am however advocating that the approach towards this needs to shift in order to remain safe, strong and healthy.

What are your thoughts on this article? What is the power of yoga to harm? 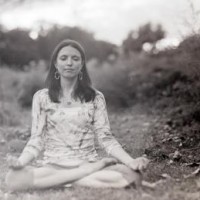