Yoga at San Quentin: I could have been with monks in the Himalayas, surrounded by majestic mountain peaks.

When we entered the linoleum-tiled, fluorescent-lit chapel of H-Unit, the medium-security area of California’s San Quentin State Prison, the yoga class was already in progress. James Fox, who has been teaching yoga to inmates for past 10 years, introduced photographer Robert Sturman and myself to the group. As my eyes scanned the room, every man inside nodded respectfully. Fox continued the class, sometimes cautioning his students not to take note of the visitors or any loud noises, and to go inside.

Judging by the degree of focus and the resulting dense stillness that blanketed the room, such a reminder seemed hardly necessary.  Fox repeatedly brought the class’ attention back to the basic moment-to-moment experience inside the body as it goes through different challenges in the poses, reminding the men that a pose stands as a symbol for any situation outside of the classroom.

I saw men quietly berate themselves for falling out of a balance pose, or making weight-lifters faces trying to maintain lunge poses, but the prevailing sense was that whatever they did, the experience was deeply internal and personal.

During the finishing postures, a peaceful quiet settled over everyone, and we were spared the din of alarms, gunshots (from the shooting range in the nearby hills where CO’s and other officers hold their firing practice), and the testosterone-spiked clamor from the adjoining yard.

After class, I asked the men how yoga had influenced their lives, and a mild-mannered, middle-aged student named David Williams, sentenced for DUI charges, volunteered :

“There were these men on the yard a couple of days ago getting ready to fight. I said ‘If you guys would hold off on that for just a minute, those emotions will start to cool down!’”

Several nodding heads and knowing murmurs confirmed that the men in this class had experienced improved impulse control with the help of their yoga practice.

“I think a lot of us don’t realize that you might be ready to act on something, and if you just hold back for one moment the feeling [dissipates], when otherwise you’d be heading for trouble,” said Williams. “Yoga helps with the self-awareness that brings you to pause in the heat of the moment.”

“You actually intervened in a fight?” I asked, incredulous. It’s one thing to immerse in warm thoughts of tolerance and compassion towards others in the unchallenged environment of an intermediate level class at an urban yoga studio, and a very different thing to live these ideals inside prison.

“Yeah, it worked,” said Williams. “I was really surprised, but it did.”

The conversation briefly turned to the inmates who won’t practice yoga, who walk by the open door, giggling and pointing, “like we’re back in high school,” observed Cherokee Indian student LittleBear, who wished everyone could do yoga, including the ‘Condemned Grade B’ prisoners: men sentenced to death, who, as opposed to the ‘Condemned Grade A,’ are continually dangerous and violent and known to ‘gas’ (throwing urine and feces) anyone who gets close. Serial killer/rapist Richard Ramirez is among that group.

“You wouldn’t stay in a yoga class unless you’re interested in raising your consciousness,” said Fox. “The real tradition of yoga is self-awareness. [Prison] is a perfect environment in which you’re able to study all different levels of consciousness, from almost the lowest level of consciousness to actual higher consciousness. You have every bit as much of an opportunity to raise your consciousness as I do; maybe even more so, because the circumstances and conditions are more metal-on-metal – more of a challenge – but that also means you can progress more rapidly.”

We crossed an empty yard under a truly magnificent sunset, following our San Quentin tour guide Sgt. Walters to the mess hall where about 450 inmates from the Protective Custody (PC) Unit were filing out the door to return to their cellblock. While Sgt. Walters talked with a officer posted across from the mess hall, I observed the huge throng of men dressed in blue filing out: rival gang members, informers, sex offenders; those in need of special protection from the

general prison population, treated as the lowest of the low, living in what I’ve heard described as horrendous conditions.

“Oooooh, the bitch,” called out one of the men while he squared off exactly in front of me, like a hissing, puffed up bearded dragon.

Sgt. Walters brought us to the second yoga class for life-sentenced men, several of whom are behind bars for first-degree murder. I was to participate in the class, and rolled out my mat. It soon became clear that my neighbor Steve, a blue-eyed man with shaved head, would not raise or lower his hands during sun salutes unless I moved first, and he wouldn’t extend his arms out to the side to avoid accidentally touching me.

The class was vigorous; I was unfamiliar with some of the poses, and during an adjusted vashistasana with one knee on the floor I was flailing about, unable to keep my balance. The strange thing was that in this class, though I wanted to come into the full expression of the pose, I felt absolutely no pressure to be perfect, or even good, because everyone was working hard, concentrating on the task at hand. I never found enough balance to lift my leg up much, but there were no darting eyes or judging looks; the true purpose of yoga was felt in the sincerity of the teacher and students alike.

The energy in the room was heavy with concentration,  heavy with the weight of actions from a faraway past, and heavy with silent cries for the ultimate liberation of the soul.

The closing meditation was one of the most beautiful I can remember.  I could have been with monks in the Himalayas, surrounded by majestic mountain peaks. A pervading sense of peace expanded into timeless joy. I felt happy.

Read Part 1, Part 2, Part 3 and Part 4 of the Prison Yoga Series.
Robert Sturman: A dedicated yoga practitioner himself, Sturman’s work has increasingly focused on capturing the timeless grace and embodied mindfulness of asana. His portraits, whether set in the lively streets of Manhattan, the expansiveness of Malibu’s beaches and canyons, the timeless elegance of Walden’s New England, or the bleakness of San Quentin penitentiary, remind us that there is beauty everywhere. In Sturman’s own words “I often think of Rumi: ‘I can’t stop pointing to the beauty.’ That feels right to me.” …… Excerpt from Dearbhla Kelly’s article: Intoxicated With Beauty—Portrait of an Artist’s Soul.
Credentials: Official Artist 47th Annual GRAMMY AWARDS, 2010 FIFA World Cup Artist Representing America, Official Artist 2007 United States Olympics. 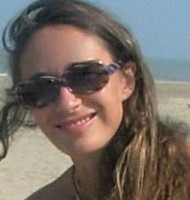 Anneke Lucas is the director of Liberation Prison Yoga in New York. She currently teaches or supervises yoga and meditation classes at five facilities, to both male and female… Read full bio