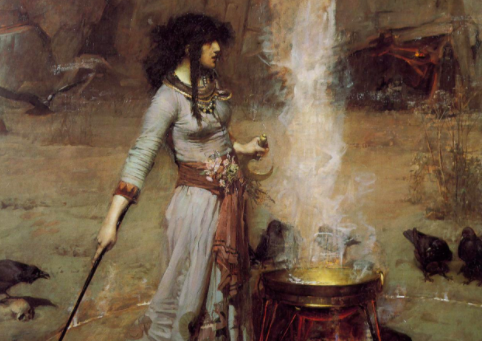 It happened to me once, in a little Indian village bordering Bangladesh and tucked into the foothills of the Himalayas. Sneaking past armed guards into wilderness forbidden to tourists, I left modernity behind and entered into a remote part of our planet where backward superstitions ruled.

How dare I subject myself to such danger? The locals scolded. But they didn’t alert me to the danger of neighboring tribes descending from the hills to hack us with machetes, as the ministry of tourism had. Instead, the village women were trying to protect me from being falsely accused of witchcraft!

You see, I had behaved in ways that were questionable: Neglecting to avoid eye contact with men when they spoke to me. Not covering my head with a veil. Even worse, wearing my long hair down during twilight! That dangerous, most bewitching hour in which the pisachis appeared, the witches. “You wouldn’t want the men to think you are one of them, do you, with your long, loose hair?” The superstitious villagers asked, in all sincerity, their eyebrows twisted with concern.

A witch? me? because of my long hair? But why would being a witch be a dangerous accusation? What would they do to me, if they did decide I was a witch? 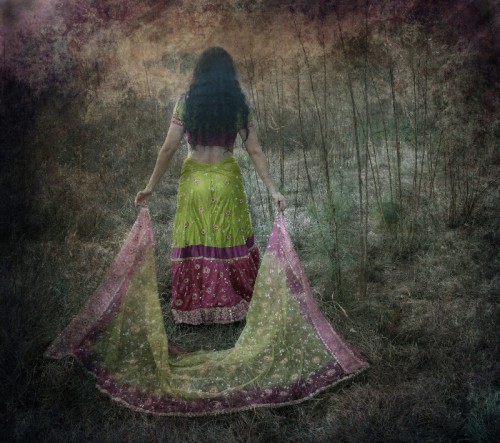 Every year, thousands of women around the world (if not more) are accused, harassed, humiliated, paraded around naked, and killed for being “witches”. From the African Congo to parts of India, New Guinea, and Saudi Arabia (where witchcraft is still legally punishable by death), innocent herbal healers and doctors, midwives and mothers, are being violently murdered for their “witchcraft”.

These women belong to all socio-economic status and levels of education, yet, they are senselessly killed because they turned down the advances of men. Or their crops mysteriously yielded a greater harvest than those of their neighbors. Or because they cured someone who was believed to be on the verge of death. Or they accurately anticipated a storm, or the sex of an unborn child, or had become the target of envy in their village.

And sometimes, just sometimes, a murdered woman’s only “crime” was that she was just too beautiful. The kind of beauty that imbibes luscious powers of seduction so tempting and irresistible they must be the result of sorcery, spell-casting or witchy potions. What else could it be, right? Feminine lure is the product of evil. So let’s destroy it. 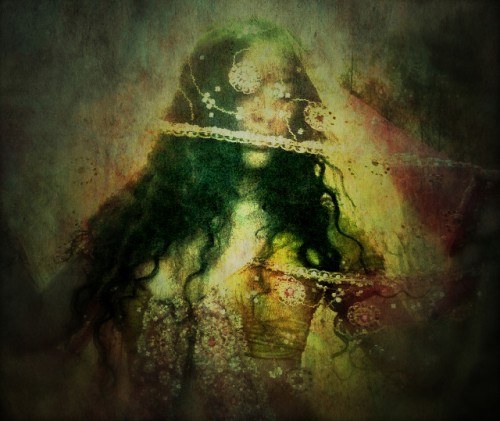 They say a witch’s power is in her long, wild hair.

They say when a witch lets her hair loose, she unleashes tornadoes and hurricanes, and causes comets to fly through the sky and volcanos to erupt. The middle ages were full of such beliefs, residue from the ancient world, when women followed the apostle Paul. He warns us in his epistle to the Corinthians that a female’s head should be covered, lest the mischief of lusty demons be fueled by her beautiful, long hair.

I’ve worn my hair long most of my life. Traveling around rural India, dutifully covering my long (now braided) hair to satisfy my indigenous travel companions, I couldn’t help but think that the misogynistic views of early Christianity had made their ugly way into this richly sensual land that birthed the kama-sutra, (of all things) and had once thrived on goddess worship! How ironic then, that the women in some of these villages were apparently being trained to feel almost ashamed of their femininity, of their beauty, and of the sensuality that naturally beams from their womanhood and their lovely, long hair.

The Egyptian goddess Isis gently aroused her dead lover, Osiris, back to life by caressing his body with with her silky, long hair.

A woman’s loose, long hair, after all, had the power of seduction built into it, and “purity” required sexual deprivation. So, from the fourteenth to eighteenth centuries, long-haired “witches” were executed as conspirators with the devil against Christianity.

This is when the witch and the seductress became one. Or was it when Eve offered Adam the forbidden fruit? Or Pandora opened her box? Either way, it is man’s sexual arousal, and a woman’s power to sexually arouse that is being labeled as evil here. After all, erotic lure is connected to a pleasure so grand, it must be forbidden! And so our species sadly belongs to a long history of premature and unhealthy sexual deprivation in the name of spiritual liberation. Which, unfortunately, continues to this day, from international ashrams in Bengal, to monasteries in Tibet, and even trickling into the little yoga shala down the street from your favorite wheat grass bar. Witches symbolize the opposite of deprivation.

Witches are exciting emblems of sexual might and magic.

Some of the fifth grade boys surrounded me before the teacher entered the classroom shouting: “Bruja! Bruja! Bruja!”. My girlfriend had insisted I wear my long hair down, for a change, instead of keeping it up in its usual ponytail. My ten-year-old heart thumped in my chest from embarrassment and I felt my face becoming flushed. The boys’ taunts made me feel so ugly, I quickly pulled my hair back, and wore it up for the next five years. That same school year, four boys asked me out. They were all the same boys who called me a witch that day for wearing my hair down. I suppose teasing me was their way of dealing with their own new and uncomfortable feelings of attraction for me.

I suspect this unpleasant phenomenon in the male species, of unconsciously punishing the object of their romantic desire, characterized the entire Roman Catholic Inquisition. A time when all feelings of attraction toward females were not merely sources of discomfort, but of evil itself.

No thanks to two sexually neurotic Dominican priests, a legitimized manual for prosecuting witches (the Malleus Maleficarum)was thus established, perversely encouraging celibate men to obsess over female sexuality. And although it called for all accused “witches” to be stripped naked, shaved in their pubic area, and thoroughly “examined”, if the inquisitor (usually a monk), was to become sexually aroused during the inquisition of a particular “witch”, the greater were said to be her powers of seduction, and, consequently, the greater torture she received. Because, of course, the monks were pure, and their sexual attraction was entirely the witch’s fault!

Projection of this type was, and unfortunately continues to be, a popular way to avoid facing oneself and one’s own challenges.

When it’s too scary to face ourselves in the mirror, we blame the witch. We toss our fears onto the witch in a kind of scapegoat phenomenon. This witch then becomes our own inner demons.

Witches symbolize sexuality that is healthy, natural, healing and empowering.

If we feel ourselves being irresistibly drawn into a seductress, perhaps it’s because we intuitively feel the need to explore our own sexuality, become more comfortable with it, or perhaps, even heal it.

Healing is about expression not repression. Because sexual expression is more than just a physical release, the sexually emancipated witch was also married to love mysticism.  Some say a witch’s riding broom is really a phallic symbol, and the ecstatic flight it sends her on, represents a long orgasm. Ecstasy from the Greek word ekstasis, metaphorically understood as “to stand forth naked”.

Like ancient love-mystics, witches celebrate the nude body as divine, as pure, as a symbol of one’s naked soul, and a passage to eternal pleasure.

Blaming the potently beautiful for causing our own perversions echos with denial from darker times. Yet this modern day witch hunt still continues to this very day.

A beautiful female is therefore still regarded as the source of tremendous destructive power because she is seen as being sexually arousing: The power to steal another woman’s beloved, the power to make a priest break his vows, the power to ruin the moral fabric of society. Oh! And if I let my long hair down, we might just have a tsunami hit us, or a volcano erupt! 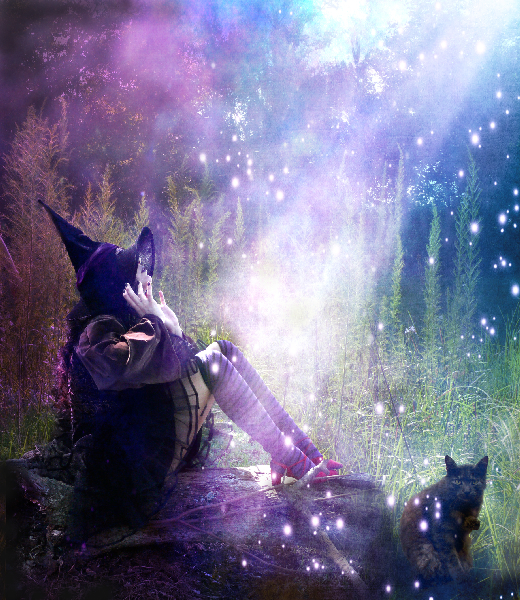 ~ I dedicate this post to Janet Sellers who inspired me to present us witches in a more favorable light.

And to all the women around the world who have ever been killed, or abused, unfairly judged, or harassed, (and continue to be) for their “witchcraft and sorcery”.~

Katarina Silva is an artistic self-expressionist who thrives on the spontaneous thrill of creating photographic images in ten seconds, and inevitably employs witchcraft to do … Read full bio