Sorry Vegan Friends – I am not strict Vegan anymore either.

I am tired of the arguing but it comes down to being honest with myself and the world and damn it people if we can’t talk nicely to each other who are we???

…so here’s my story…

Awhile back my brother sent me this email message:

I send this with NO agenda

Seriously.  A friend posted it on Facebook, and I thought it was fascinating to read, including all the comments (warning – taken all together, it’s pretty long.)

So I of course read the whole post and all the comments – and I encourage you to do the same.

I responded to my brother —-

Thank you so very much!!!  I applaud this woman’s courage and am so distraught that other supposed “conscious” living beings would threaten her and her family — it’s like Pro-lifer’s that bomb clinics, and people praying for war and in the end it gives me courage to speak my piece…

His response made me guffaw:

It makes me think of Mandy Moore in SAVED, who screams out, “I am FULL of the love of Christ!” – while hurling a bible at someone’s head 🙂

At the end of it I gave him my feelings –

I believe this wholeheartedly…not everyone is meant to be vegan…I have never been vegan because I object to the cycle of life, I object to how animals live and are killed in our society. For me it is about sustainability and less cruelty. If we all ate less meat, ate local, in season produce and skipped processed and chemical foods that is the answer. Death is life, but suffering doesn’t have to be.

That pretty much sums it up.

Wow.  You just said in about 70 words what it took me almost an hour to get through on that web page 🙂

Bottom line: I am not a vegan anymore because it was making sick when I moved to Colorado.  The lack of sunshine and fresh local produce made it nearly impossible. Now my idea of not being vegan is I have added local eggs and goat cheese to my diet and some yogurt and kefir. Oh and discovering that you have a sensitivity to soy — that changes things.  Soy is bad m’kay.   I guess the label would be lacto-ovo vegetarian.

And sometimes when forced to eat out (blech) I get something with cheese in it…I actually tried to eat fish and a piece of steak and…well let’s just say  I’m a vegetarian for life.   eww.

But what I realized at the end of the day — my buying chia seeds and goji berries online could actually be just as harmful and no more “enlightened” than my neighbor who drives 5 miles to get his meat at the local farm.

My husband is an omnivore and he is conscientious about what he eats and buys, he is 85percent vegetarian living with me..and when he goes too long without meat it affects him, physically and emotionally.  I see that, I understand it,  and I honor our differences.

I don’t really want to argue about it. It is what it is.  Both sides have pretty compelling arguments for who is right – so like the god question I think it is an unanswerable question therefore maybe we need to focus not on getting people to agree with us but on how we can live together and cause the least suffering possible for all creatures.

Face it, at the end of the day something has to die in order for something to live…how we live up to that point is what really matters.

PS Yes I still consider myself an animal rights activist, yes I still consider myself a pretty decent yogi, yes I think people that live vegan are admirable, but I also think that people with the smaller carbon footprint are just as admirable, no I don’t think I’m better than anyone (well maybe a few people) no I don’t think anyone is better than me (OK again maybe a few people) Yes I think eating too much meat is bad for you…but then again so is eating too much fruit or cacao beans and basically being too anything!  OH and I still eat a lot of chia seeds!

I feel like I just went to the confessional and I feel so much better! 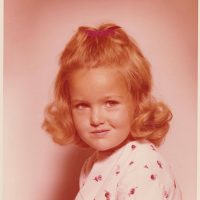