Facebook is about to Double-Dip. {Article in English & Spanish}

This past December I wrote an article postulating that Facebook was potentially defrauding advertisers out of millions (if not billions) of advertising dollars.

You see, I, along with several other business advertisers, had figured out that we were only able to reach on average 10% of our fan base: fans for which we had paid lots of advertising dollars. These were fans that had come to our pages of their own free will and had chosen to “like” our pages because they wished to receive our content. We understood as advertisers that at any time these fans could decide they were bored with our content and “unlike” our page and we’d be out a fan. That is a risk any advertiser takes. A risk that we did not willingly or knowingly accept was that we would not be able to reach even those fans who had chosen to be there, those fans who wished to receive our content.

I speculated, and further had it confirmed by a TechCrunch writer, that Facebook had some kind of complicated algorithm that was determining exactly which fans (and people in general on Facebook) were receiving which content. What I did know was that not all fans were receiving all of my content, and in fact on most days it seemed that the majority of my fans weren’t receiving any of my content. But what I did not know were the exact details of the algorithm, how it was calculated, and what on earth could have been Facebook’s motivation to essentially undermine their bread and butter; the advertisers.

Today I have discovered why. TechCrunch has just published an article confirming that the average Facebook post, including those posted by regular people like all you readers, as well as those of business pages, are only reaching 16% of your friends and/or fan base. As a basic user of Facebook it may anger you to know that only 16% of your friends are receiving possibly your most critical of updates. Ever felt slighted by a friend for not acknowledging something major that you posted? I can only imagine the number of fallings out that have occurred in the new world of social media. Well…it may not have been a nasty friend at all. It may have been the fault of Facebook.

Now imagine that same scenario for Facebook’s hundreds of thousands (if not millions) of paying advertisers. Imagine you have consciously made a large business investment in Facebook advertising, because you know how strategic it is; how perfectly tailored and targeted your advertising can be. No more random billboards targeted at Joe-schmoe, instead you are able to target exactly who you want for your business; the exact age, gender, or race demographic, the exact geographic location, the exact interests that are related to your business service or product. This sounds perfect, right? Yes. To many advertisers, including myself, this did sound perfect. And it was perfect… in the beginning. I myself was able to attract 25,000 fans in 40 countries in 6 short months and the best part was that these were not just random, willy-nilly people; these were people who were in fact interested in my content. I was in advertiser heaven.

But then, as I wrote in my last piece, the analytics began to suddenly change. Although those same number of fans were still there, I could see that they were no longer interacting in the same way as they had been for months prior. Facebook would try to tell us that our content simply wasn’t engaging enough, but I knew it was more than that. I had had regular and consistent traffic for months on end with only growth, not a dip in my activity. And then one day, as if overnight, it all changed. Facebook had made some “secret” change behind the scenes, or so it seemed.

Well, now that TechCrunch has published this article we know exactly what was going on for all of that time and now we know why. Josh Constine of TechCrunch writes,

“After his Q&A session about ads during the Facebook Marketing Conference, I followed up with Boland, asking if the 16 percent average distribution rate hampered communication. He defended Facebook’s news feed, saying “No, there are pieces of content you create that are interesting, and there’s some that are not.” And the 16 percent doesn’t just apply to users. Business Pages have the same average reach, which is why Facebook is launching its new “Reach Generator” to help marketers buy extra distribution of their Page posts on the ads sidebar, in the web and mobile news feed, and even on the logout page.”

After months of trying to figure out what on earth could possibly be Facebook’s motivation to undermine and anger thousands of advertisers, suddenly it seemed so obvious. It was of course all about money. As stated above, Facebook is now going to be launching their new “Reach Generator” and those of us who have already collectively sunk millions (if not billions) of dollars into our advertising, are now in fact going to be required to pay more if we hope to reach the exact same fans that we already paid for once. Can we say “double-dipping?”

By Svilen.milev via Wikimedia Commons

So it basically boils down to this: Advertiser pays lots of money to buy brilliant, targeted Facebook ad. Advertiser is very happy to be reaching targeted fans. Fans are willingly choosing to proactively “like” whatever fan pages appeal to them. Fans sign up for said business page because they wish to continue to receive updates and promotions related to that business. Fans are happy to receive said advertiser’s content, as evidenced by the fact that they continue to stick around (let’s remember that at any moment a fan has the option to “unlike” a page!).  But wait, despite spending lots of moola, the advertiser is suddenly not able to reach those same fans for which they have already paid. And bummer, now the fans themselves are irritated because they are no longer receiving those business updates that they were so excited to receive in the first place. And now Facebook wants advertisers to pay more money to reach those same fans for whom they have already paid, those same fans who are choosing to still be on that fan page to receive their content.

What is wrong with this picture? I don’t think I need to say much more than that. Now I’m no naive fool, I know that Facebook is certainly not out there for the greater good of humanity (despite any claims to the contrary). I know they are out there to make money like any other business in a capitalist society. But my friends, this takes greed to a whole other level. There is not a shred of doubt in my mind that these actions towards advertisers on the part of Facebook are egregiously unethical. The question is, are they more than that?

That said, you can now find me on Twitter at @jeannienpage. 🙂 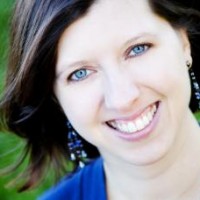