Leave Your Shyness in Shavasana!

On the flight home to London yesterday, I watched the remake of Footloose. If you don’t know the story, there’s not much to it: James Dean-esque boy relocates to Nowheresville, USA, and meets the hand of the law and the preacher’s daughter, when he challenges the town’s ‘no public dancing’ rule.

Most of the movie plays out in a flurry of too much makeup, melodrama and lovingly styled sweat. In the town hall showdown, the pastor condemns the desire of the young ‘uns to krump and bootyshake in public, arguing that it has a deep impact on their moral and spiritual values. Of course, we’re supposed to roll our eyes — there’s practically a pause for it written into the script.

But I couldn’t help agreeing with him a little. Pretty much every dance scene seemed like a thinly veiled mating ritual. Of course, teenagers will be teenagers, and it could be argued that our modern day body language allows for more implied sexuality without necessarily intending it all to end in a tumble in the bushes. Whether yay or nay, it’s no surprise that dance and movement provoke powerful responses. Early modern dance pioneer, Ruth St. Denis, said,

“I see dance being used as communication between body and soul, to express what is too deep to find words for.”

Dance has the power to send messages outward, as well as inward, just as the movements of the mind can create both speech and habit.

Audiences at  the 2011 TEDx Burning Man got to hear yoga ambassador and movement anthropologist, Shiva Rea give a 20 minute lowdown on the repression of free movement in the Western world. Apart from her enthusiasm of delivery and the huge dance off at the end, it was sobering viewing. In her thesis, over the centuries the freedom to express through movement has been heavily impacted by stringent religious and cultural impositions. Usually the idea that dance encouraged alcoholism, and free sexual expression was enough to set the collective teeth of the church authorities on edge, and they responded accordingly.

So, we come back to our Footloose pastor’s verdict. There is another side to the story of dancing in public though.

Dance as a spiritual practice has kept a stronger place in Eastern cultures. In the 1400s, revolutionary saint and avatar, Sri Chaitanya, took chunks of India by storm when he broke the practice of sacred song and dance out of the temples, where it was being carefully guarded as an exclusive practice of the priestly caste. Historical accounts describe sacred street processions with hundreds of participants from every caste and religious background. When they passed through a town or marketplace the numbers would swell. Most controversial at the time were the out-castes and Muslims who joined the so called ‘Hindu’ movement. The point of it all was universal.

Chaitanya left only eight short verses as a written legacy, but ignited a powerful movement through song and dance. His message called attention to a worldwide identity crisis — we think we are the temporary body, but we are actually all eternal souls, longing for reunion with the Divine.

I wonder how the fate of the Wall Street Occupiers might have changed if they had been able to sing and dance with the head honchos of the finance world.

It’s a long shot, but Chaitanya did, through his song and dance, accomplish a remarkable feat of interfaith dialogue with the local Muslim ruler, Chand Kazi, who had ordered a violent arrest on all practicing this dancing revolt, and consequently changed the course of history.

Dance can make us more or less self conscious, just as yoga can be performed for tighter abs or something much deeper. The effect of anything we do is more about our motivation. The power of free movement as an offering — liberated from the thought of whether Yoga Guy or Girl is checking us out mid-kirtan — is immense. When combined with mantra, the body, mind, and voice are engaged in a moving, singing prayer. 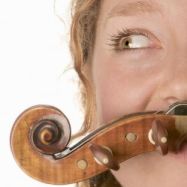