If superheros were not just the stuff of comic books and movies than Guru pal and ele author Chelsea Roff would be the closest thing to a real life Superwoman I can think of. She bears all of the superhero qualities, especially giving voice to those in need, and her writing never fails to open with a Pow! Bam! Boom! every single time. Not only that but I can picture what her superpower would be as well, and without a doubt it would be seva.

Moving on from her position as editor for YogaModern she has taken on a new project as the Managing Editor for IntentBlog.com. Covering topics in the past ranging from child sex trafficking, addiction, political activism and the sexiness of seva, she is not afraid to say what needs to be said and shed light on difficult things. She is fierce about what she believes in and open about how she got to where she is today. To say she is inspiring is a huge understatement.

Chelsea Roff: I think what motivates anyone to give in the world is the fact that maybe they’ve been in a dark place themselves. Any time that you experience hardship or trauma or just the challenges of growing up-when you get enough distance from those experiences they’re no longer things that are sort of clouded in shame or guilt or something that can’t be shared, you’re really inspired to speak to it and then also from the gifts and the teachings that you were given in that time, to share those with others. For me it’s a very strong desire to give back all of the things I’ve been given.

I’ve been given a tremendous amount and that’s where I think a lot of this new project was inspired. I’m hoping to be visiting different  service organizations around the United States and possibly around the world, but starting in the U.S. I’ve identified four non-profits that I’d like to spend time with and go and hear about the stories of the people they’re affecting. I want to talk to the founders of each non-profit and scientific researchers that are working within the non-profit and share what they’re doing with a larger community.

A lot of times what happens is we have these individual sects of groups doing amazing work but they’re doing it by themselves and there’s such an opportunity for all of us to tap into it and get engaged. Maybe it’s just the cool people I hang out with but I feel like everyone I talk to has a desire to give back in some way. Being able to shed light on where it’s already happening so we don’t have to start from scratch. Making the practices and the strategies and the opportunities available and known to a wider audience.

What I would like to do is create a website, what I am calling an Open Source Resource, where we’re spotlighting the work of amazing people and amazing non-profits and then systematizing the strategies and practices and stories. In my mind if sometime in the future you’ve got a teacher in rural Alabama who wants to start teaching yoga in a prison, maybe her son had been in prison and she wants to give back to that community, she would be able to go to the website, type in the word incarcerated or prison and just get this multitude of resources that she can use.

Diane Ferraro: What are some of the biggest barriers around starting a conversation about bringing yoga to populations that normally wouldn’t be exposed to it. How do we get in there and find a common language? What is the greatest bridge?

CR: This is kind of my growing edge right now. Figuring out how to have a conversation about this in a way that engages people and doesn’t turn them off. For example I wrote an article a little while back after working with some girls in the juvenile detention center about sex trafficking in the US. I’ve had some of my articles get upwards of ten thousand views and this one got a couple of hundred. It really made me take pause. I thought, why are people so interested in what a yoga body looks like but when we try to talk about sex trafficking in America I can’t get anyone to look at it and respond.

Part of what I’m very interested in is figuring out how do we make these conversations approachable because a lot of times when we hear a title like that our mind says uh, I don’t want to read something that dark and heavy right now. What is key is pairing the awareness piece with meaningful action in the world and doing it in a way that doesn’t overwhelm people. Service doesn’t always have to look like going to a prison and teaching yoga. Sometimes service is just being a better parent to your kids.

Looking at service in a broad lens and knowing that not everybody is meant to travel to Cambodia and get into these deep situations but knowing that seva shows up in a multitude of ways and speaking to that, speaking to way that people can engage and act in ways that are more in alignment with the ultimate message which is yoga. To recognize that we are all part of a global community and we want to better that community. Whether that means being a better parent or engaging in more environmentally friendly ways.

Jessica Durivage: Why is social media important to you as a yoga practitioner, teacher, writer and activist?

CR: The most important aspect in healing has been community. I think a lot of that community has happened at least to start, online. For me, social media gives us the ability to connect with people all over the world and connect in a way that maybe is sometimes even a level deeper than that initial meeting at a yoga studio. We’re sharing stories and finding commonalities and it leads to in person connections. So whether you’re a yoga teacher or an activist if you are online and engaging in these conversations your self is going to come out a little bit. People are going to resonate with those experiences that your sharing and the things you’re talking about and people will reach out to you. For me social media has been the pathway to finding people who have had similar experiences and who are wanting similar things in the world, and they led to in person connections. Social media is amazing and incredibly powerful.

It’s no secret that in the last few weeks the yoga community has been rocked with controversy surrounding the Anusara goings on. We were lucky enough to also snag Bernadette Birney, former Anusara teacher, last week. She talked with us about how the yoga community must stand strong while all the details are sorted out. She believes Anusara is much more than just one person; it’s an entire community of talented and caring people, and they all need to stand together.

To listen to the entire show, please click here. 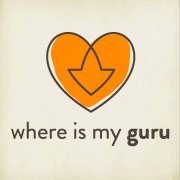