Shortly after my 50th birthday, I discovered Shiva Rea.

And for those who are unfamiliar, Shiva Rea is an internationally acclaimed, world-renowned, yoga rock star—although I did not know any of that at the time! And by the way, I use the term “rock star” with total respect, love and admiration. I mention this because I hear many people refer to “those rock star yoga teachers” in a very derogatory and judgmental tone. And to those people, I lovingly say: “Perhaps if you took the time to look deeply inside your own soul and could muster up some self-love, you would not be so prone to criticism of those who have achieved well deserved fame and glory.” In my humble opinion, Shiva Rea is referred to as a rock star because she is one!

But now, back to my story: my 50th birthday was a wake-up call. It forced me to take a good, hard look at my life in some very deep ways. I began to look at issues that I had been avoiding for years. It was clear to me that some big changes were needed. And I want to stress here that my discovery of Shiva Rea at this juncture in my life was a complete, random accident! This is what I call karma. I do believe things happen for a reason!

I was flipping through the Kripalu summer catalog and stumbled upon a workshop that would be given by a yoga teacher named Shiva Rea, whom I had never heard of, but I vaguely recognized her photo.  And then it hit me! She was that beautiful yoga instructor who I had seen so many times in advertisements in Yoga Journal. I was sure it was her! I decided I had to check it out. So I went to her website, which was nothing special, but it had quite a lot of information on the type of yoga she taught, something called vinyasa flow. She gave a lot of esoteric-sounding descriptions of the process behind this type of yoga, which sounded Greek to me, but I was intrigued. Knowing literally nothing about what I was getting myself into, I registered for a five-day immersion—Foundations of Vinyasa Flow Teacher Training—with Shiva Rea. This was in July of 2003.

And now fast forward to January 2012. I have eight solid years of yoga teacher training with Shiva Rea under my belt. Let it suffice to say that Shiva does not call it a transformational practice and an evolutionary journey for nothing.

I cannot even begin to express in words, the numerous ways that my life has been transformed, over the course of the last nine years since I first began practicing with Shiva. It has been a while since I have seen her. But every once in a while something will hit me like a ton of bricks and I am reminded of this most amazing attitude and way of being in the world, that I am privy to, as a result of the intensity of her teachings.

For example—OK, here is the “sensuality” part of the post—one thing that Shiva Rea really stresses, in her own unique way, is the emotional/physiological quality of everything we experience on the yoga mat. For example, she really stresses something called rasa, which can loosely be described as flavor or taste. According to Wikipedia, Rasa is a concept of taste or emotional rapture.

You can think of Shanti Rasa as more of a Yin practice with the focus on slow, calming movements and deep slow breathing. The result is a deep state of introspection and inner peace. On the other hand, Vira Rasa is the exact opposite of Shanti Rasa. Shanti, of course, means peace, and Vira refers to the Warrior. So Vira Rasa is a heating practice whereas Shanti Rasa is a cooling practice. And Vira Rasa focuses on core strengthening postures and the standing warrior series rather than the calming flow and the deeper, slow stretches of Shanti Rasa. The Vira practice is strongly associated with the fire element and speed whereas the Shanti Practice is associated with the earth element and stillness.  Sringara Rasa corresponds to the water element, and is a moderately paced, fluid, flowing practice.

You can see how sensuality and the senses have everything to do with this yoga practice. As a result of experiencing these 3 different states on the yoga mat, the practitioner becomes acutely aware of the subtle and not so subtle flavors and textures of life off the mat.

Each Rasa has an emotional component as well. Shanti is peace, calm and tranquility. Vira is will power, laser sharp focus and accomplishment. Sringara is fluidity and grace.

A person sitting for meditation exemplifies Shanti Rasa. A sprinter running a race exemplifies Vira Rasa. A belly dancer exemplifies Sringara Rasa. Although this all may seem very esoteric and philosophic, there is a practical application here.

The next time you get down on your yoga mat to practice yoga, ask yourself what rasa would be good for you to embody today. If you are just getting off work, and have had a particularly mentally trying day, Shanti Rasa might just be the thing for you. If you have woken up early after a good night’s sleep, and are feeling fire in the pit of your belly, then Vira Rasa, with its quick, explosive movements, might be just what the doctor ordered. And if you just want to “get your groove on” and flow with life, then Sringara may be in order for igniting your creative juices.

These days, my yoga practice serves to open my senses to the flow of life all around me, and I have Shiva Rea to thank for that. The result is a feeling of being totally alive and plugged in to the present moment.

This article was prepared by Assistant Yoga Editor, Soumyajeet Chattaraj. 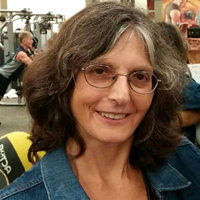