The Tadasana Festival of Yoga and Music

Over the past decade, the intersection of yoga and music has evolved tremendously in America.

When I began practicing in 1998, my teachers abhorred the idea of using music in the classroom. I understood the value of contemplative silence—tuning into the subtleties of breathing, using Soho car horns as a meditation tool—but sometimes I just wanted to flow to a beat. I resorted to the playlist in my head (an odd neurological circumstance, given that scientists aren’t quite sure how we “hear” music), sometimes journeying to another studio to get my fix.

Shortly thereafter I began DJing yoga classes, finding an immediate kinship between that environment and the bars and clubs I worked in over late nights. Regardless of setting, my job was to make people move.

There are numerous parallels between music and asana practice: both can help lower blood pressure and result in more efficient oxygen consumption. Disorganized noise, like those car horns, causes shallow breathing, as your brain cannot unscramble the non-melodic, non-rhythmic blaring, setting off your internal flight system.

Studies have shown that music creates more productive workouts, so it would make sense that it helps fuel a yoga class. Strong beats affect the region of our brain that controls movement; the rhythm sends sympathetic impulses throughout your entire body. There’s something to the sentiment that “I just had to dance.”

Movement occurred on numerous levels: When I began practicing asanas, tears would inevitably well in my eyes during Pigeon. I came to yoga to heal a thrice-broken right leg and once-broken right collarbone—imbalance was a motto.

I wouldn’t actually cry; tears would just drip onto my mat. Since that time my classes have always focused on hip opening. Our lower chakras, where we metaphorically hold dark emotions, are bound here. To coincide, my end-of-class playlists would include a Ben Harper ballad, or something slow and seductive in a minor key. Reflection was guided through sound.

Little did I know then the reason that sad songs comfort us: our brain responds with a quick dose of prolactin, the hormone in mother’s milk. True, I occasionally encountered a weird form of purist student who demanded silence (one wore ear plugs; the even stranger part is that he came back, week after week, complaining each time). Overall, students enjoyed my attention to detail when making playlists, as I rarely if ever program a pop song or anything familiar. Being a world music journalist, I like to share the incredible amount of sonic goodness on the planet outside of America.

There’s a reason for this too. When Americans hear about Iran, or Iraq, or Israel or whoever conservative-leaning politicians feel like bombing this week, we are smothered with a sense of dread and foreboding. But when I think of these countries, I recall Kayhan Kalhor, Rahim Alhaj and Idan Raichel. I would rather my mental pictures be filled with music and arts, not bombs and turbans. That way, when I meet a Persian or Iraqi or Palestinian, we immediately share common ground. Being that the open-minded yoga community craves these values, the music and movements merge beautifully. We learn about ourselves, yes, but we also learn about the rest of the world, which is going to be important over the next few decades as America loses its place as the premier superpower and has to truly learn how to play well with others.

This work recently culminated when two good friends, Fabian Alsultany and Tommy Rosen, decided to produce the Tadasana International Festival of Yoga & Music. Fabian and I have been DJ partners for over a decade, and my recent relocation to Santa Monica was rewarded with the position of Creative Director. The real charm of the gathering is that it’s not yoga over here and music there. The classes are integrated with some of the top names in international music, so the ‘concert’ happens during the class. (There is a nighttime concert series called Tadasana After Dark as well.) For example, Shiva Rea has long led Trance Dances, but never has she performed with one of the planet’s foremost trance masters, Moroccan Gnawa artist Hassan Hakmoun. The rhythmic mastery of Karsh Kale in Elena Brower’s class. Shalom meets Namaste with Zack Lodmer and Kirtan Rabbi. And so on.

The other unique aspect of what we’ve created is how far we’ve gone to represent many cultures uniting to celebrate this junction of sound and movement. Since writing about it will hardly give you the experience, we’ve released Sounds of Tadasana, a free 30-song collection of those artists joining us over Earth Day weekend in Santa Monica. Regardless of whether you can travel to Southern California in April, we hope you enjoy and spread these songs. Several continents, faiths and sound systems are represented. And if experience is what you crave, we’ll see you on the beach.

Derek Beres has devoted his life to exposing people to international music, yoga and mythology as a means of creating better individuals and a more understanding global culture. A multi-faceted journalist, DJ and yoga instructor, he is the Creative Director of the Tadasana International Festival of Yoga & Music during which he’ll be teaching his workshop, EarthRise Warrior Flow, as well as DJing as one-half of EarthRise SoundSystem for Sianna Sherman, Sandhi Ferreira and Cristi Christensen. To save $50 off a 3-day pass to Tadasana, use his promo code beres4. 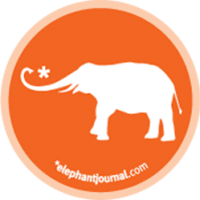