Yoga Is the New Woodstock.

The Black Dirt Goddess’s Response to the Slam on YAMA Talent.

{Ed. note: elephant journal has removed the original post due to the author’s decision not to step forward and put his/her name on the piece and stand behind his/her opinions. We welcome controversial, non-anonymous, respectful discussion. ~ KB}

Is YAMA Talent more Harmful to the “Yoga Community” than John Friend’s Penis Pursuits? ~ The Babarazzi

{If you haven’t read the above post, and if you have any investment in the business of yoga, I suggest taking a look.  To be honest, the thread of comments that were provoked by the post make the reading of the The Babarazzi’s—sometimes malicious—points almost bearable.}

The best part about this post is that it raises an eyebrow on a trending topic.

Yoga is the industry to be in. We are experiencing a shift in the paradigm of how yoga is expressed and this is making our hard core, classical yogis very nervous. Such is the way of change. Even the most endeavored yogis can’t handle getting their seemingly situated feathers ruffled. Being a studio owner, I utilize YAMA and their pool of teachers all the time.

In regards to their services, one of YAMA’s agents explained it best to me when she said,

“Yoga just isn’t enough anymore. People want their yoga to include something else.”

I totally get that. Yoga is a growing microcosm. There are a million different ways to bring a community together utilizing yoga teachers and the practice of yoga as the mainstay.

Just like musicians and artists, some yoga teachers just have more charisma than others.

Some teachers have exactly what the masses need to hear the message. With the growing number of yoga festivals and huge events centered around the many facets of the practice—be it kirtan, asana, philosophy or meditation, the bar is being raised on just how charismatic, energetic and unique that expression will be. Yogis of this caliber are taking on a whole new venue. Yoga has never witnessed this sort of expression so we have nothing to wage our opinions against.

There is nothing wrong with joining forces with an agent. There is nothing wrong with someone marketing their craft so as to succeed doing what they are most passionate about. Making a business utilizing the landscape of yoga is very risky but I believe that we all need to embrace this awesome shift and start sinking out teeth into the greatness that some of these teachers and events have to offer.

Yogis are the nouveau hippies celebrating peace, liberation and having a really good time!

So I say, yes to rock star yoga teachers. Yes to agents. Yes to shifting the paradigm. Yes to provocative discussions addressing this sensitive topic because, hell yes, yoga is the new Woodstock and its way too big for just one articulation! To all the haters and practitioners pointing fingers in the face of the Brave New Warriors readying for the shift, I say, tend to your own business. There’s enough for everybody!

Look or sound familiar? its all the same, we’re just using yoga instead of a ton of marijuana! 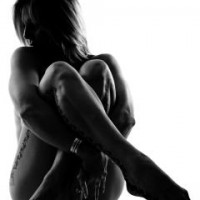 Michelle Dawson is a prolific Body Artist who hails from the Black Dirt region of Upstate NY. She combines the ancient arts of Henna and Yoga as a means of reaching the sacred… Read full bio