I Survived a Past Life Regression Session.

Right away, I get “street cred” from the half of you who have always been curious about Past Life Regression but haven’t tried yet.

Or I get an immediate head shake from those of you who think I’m loony for even trying this. Attention = win-win! (Insert giant cheesy smile here).

At a group luncheon a few months back, I met my then new officemate, Mike Maiocco, MCH, CC. Mike is a Master Hypnotherapist who practices hypnotherapy and a slew of other beautiful healing modalities just one room away from mine. Lucky ole me.

Upon meeting, I excitedly asked if he did Past Life Regression. (Mind you, this was months before I gathered the vast experiences he could help me uncover). When he confirmed that he did, I blurted out that I wanted to do it because I was convinced I fronted a rock band in a past life. “I’m sure you did,” Mike said, smiling a half amused, half accepting smile.

We set up an appointment a few days from then and that night I did what all modern people do for clarity: I Googled the hell out of Past Life Regression. I wanted to know what to expect. My Googling turned up two types of sites: Ones filled with stories of how it was BS, and ones filled with stories of how easy it was and helpful it was. I went to sleep that night knowing nothing much more than before I started. Ah, an hour well wasted.

I kept my appointment based on the notion that an open mind makes for a life worth living. I figured maybe something interesting would come up during the session (whether made up by my creative imagination or not) that could perhaps hold some kind of key to help me in this lifetime. If not, I at least had a great story to tell at parties, or maybe write about for elephant journal.

On appointment day, I was told that I would be in a conscious relaxed state. Since I had never been hypnotized before (to my knowledge anyway) I felt reassured that I’d be actually somewhat “present” during the session. So I relaxed and Mike guided me through some breathing exercises for calmness and the session began.

He first asked me to try to connect to a memory of anything, in this time or any previous life, where I was very happy. I found myself blurting out a memory of being in my crib as a child, reaching up towards my mother. I was giggling and overwhelmed with glee in the vision, and to be honest, in real life I found myself so filled with glee that I laughed to recount the memory.

I relaxed again and the next place my mind “landed” was in front of a house on a cool wintry night. I was able to make my way into the house, and inside I was a little boy, maybe 4, wearing a cowboy suit. Presumably me? Looking at him felt like looking at myself in a dream, I identified with him. In front of me was a mother figure, gorgeously blonde, filled with happiness, standing at the counter mixing cookies and singing. It was a total 50’s gleefest.

As I didn’t get more in this vision, we next traveled about until my mind landed on my most juicy “life” yet. I was in Africa, a young strong boy, a proud hunter. I was being groomed to take over as leader of my tribe. I was wise beyond my years, an amazing future leader, yet humble.

By my side was a best friend who was immensely supportive. To my opposite side was my father, a well-respected leader who was proud to have me taking over his legacy. I could tell for sure that this boy (perhaps me?) was on the verge of being one of the most memorable leaders of the tribe’s time, yet he was filled with compassion and humility.

I came out of the hypnotized state and we talked about what I had “seen.” Mike felt that the life I described showed my need to remain confident in my leadership abilities. He said the figures next to me could represent people to come into my life at a future date, one to be a strong unwavering friend and the other a mentor guiding me and reaffirming my abilities.

My session wrapped up from there, and I was left to process through the day what it all meant. Had I fabricated a gigantic story or had he led me into the story just as some Google sites had suggested? Was I really, truly, an African leader in a past life?

I decided that determining where this vision came from was, to me, irrelevant. Just like in life, we can get so caught up in the bigger picture and the need to define and label things that we forget to feel the wind caressing our cheeks on the glorious long ride. My experience was unique and enjoyable and I’m lucky to have gotten the chance to be part of it.

Maybe someday I’ll blossom into a fierce leader and knock your socks off in a way you couldn’t imagine coming. Maybe I’ll keep it on the down low. Either way, time will be the only one who can spill the beans on that one. 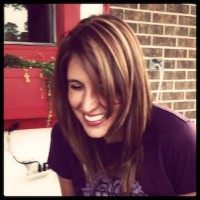 Kristin M. Althea, M.Ac., L.Ac., loves to poke and stretch and heal things through the power of 5 Element Acupuncture, Yin Yoga, Qigong, and Chinese Herbs at her practice at R… Read full bio