Breathing, Touching, and Simple Caring in a Time of Need.

My personal journey with the Urban Zen Integrative Therapist (UZIT) training began in 2008 when I read an article about the program in the New York Times. I was immediately drawn to the cross-disciplinary approach, focusing on self-care and integrating ancient healing techniques to complement the best in modern medicine.

Donna Karan, Rodney Yee, and Colleen Saidman Yee spearhead the training along with a group of practitioners who implemented a pilot program at Beth Israel Hospital in New York.

The program has structured carefully designed yoga therapy movements (individualized according to population), Reiki (or healing touch), and aromatherapy, all based in a framework of contemplative care to help cancer patients, caregivers, and ultimately the professional staff.

Programs have now been implemented for nurses at Kent State University, The University of California at Los Angeles, Beth Israel Hospital, The Farber Center and other sites including St. Damien Hospital in Haiti. Donna Karan’s dream is growing and this coming August, the third training will be at Omega in Reinbeck New York.

During the 2011 training, I served as a mentor to new students and was selected as a leader on an exploratory trip to Haiti to see if the conditions would permit groups of fellow UZITs to make clinical rotations. In the aftermath of the 2010 earthquake, Donna Karan has devoted time and love to this remarkable place and we were blessed with getting to know and working with outstanding individuals at St. Damien Pediatric Hospital in Port Au Prince.

On my second trip to Haiti as one of the leaders in UZIT Team Six, our role expanded beyond the primary work with hospital workers and minimal patient interaction. Since my first trip in November 2011, six additional Urban Zen Teams have continued to win the confidence of those responsible for UZ work at St. Damien’s.

The patient interaction has increased, as has our permission to work in expanded sites, with patients from infancy to adulthood. Although there are an overwhelming number of disparate needs, the hospital has created a community feeling, and the atmosphere draws one in immediately.

Our team’s arrival in Feb 2012 coincided with Carnival and the beginning of the Lenten season so our normal supervisors were given some time off. This change in schedule gave us more time and the opportunity to apply our UZIT modalities with close to thirty-five patients at St. Luc’s.

This is no ordinary hospital; it is a work in progress and is in continual and dire need of supplies. Created in response to the earthquake, it serves a desperately poor population at no cost. Although the hospital will step in when the individual has no resources at all, patients are responsible for bringing their own bedding and food.

Dedicated staff and volunteers do a monumental job of serving the patients. The wards maintain a composite of conditions from late discovered cancers, stroke, edema, and palliative care. Several patients had active TB, a familiar disease in Haiti.

The face of one patient surrounded by her loving family keeps coming back to me. Exhausted and unable to sleep, she had suffered a hematological stroke. In a land where medication and specialized care is in short supply, it was likely that yet unforeseen complications would arise. The person sitting to the left of the hospital bed was her daughter and she was holding a pot of hot food that would eventually become her mother’s lunch. The hospital did not have the resources to supply food and bedding and this family could forage for itself.

The woman was obviously beloved, but breathing so shallowly that pain surfaced below her heart. Trying to make her comfortable, we first gained her permission to help and proceeded to adjust the bedding.

We began, with the help of the translator, some simple arm movements to encourage the passage of the breath to the diaphragm. It seemed simple, but life-giving, as well, as we worked towards relieving the pent up anxiety with breath awareness techniques. Her family members took note and began to model our motions, encouraging their loved one, as this obviously once vibrant woman lay anxious and exhausted in the hospital bed.

The hospital has no closed doors and one walks from room to room through a simple opening. On one of the beds lay an elderly man who had been admitted with advanced cancer in different parts of his body. The prognosis was that he would last one or two days.

Alone in the bed and beyond treatment, morphine was administered to ease his pain. Another leader on our team sat at the foot of the bed and began to give this man Reiki on his feet. Silently, and without hoopla or seeking acclaim, he had taken a seat and was doing exactly what our training prepared us to do.

Haiti simply does not have many oncologists and, amongst the very poor who were cared for at St. Luc’s, it might have been years since they had seen a doctor, if ever at all. Medical records are shoddy or non-existent, and to whom this elderly man was close would never be ascertained. Yet, as he lie in the bed slowly dying, the staff took care and my fellow UZIT, whose heart is so big, provided what must have been solace in the shortening hours of his passing.

I tried with tenderness to share some simple movements with a nineteen year-girl who lost her family in the earthquake. Alone, she had given birth to a baby several weeks before and she was refusing to nurse. The infant was in the abandoned babies room at St. Damien being cared for by a nurturing staff that had responsibility for so many others. The young mother appeared to be jaundiced and was quick to show me her bloated belly. After some repeated efforts to generate some movement, my partner and I sat and silently provided Reiki or healing touch while simulating simple breathing exercises. In broken English she said, “I have no money and no home.”

Later that day, we spent time with the abandoned babies, amongst which were little ones with deformed legs, some profoundly disabled, and even more who were autistic. Several showed no signs of trauma and walked around as if at any program for toddlers.

One infant lay in her crib being tended to by women of uncertain ages, who were obviously up to the task. Remembering that my own daughter had only one infant picture (I adopted her as a five year old from an orphanage), I asked that one of my team members take a photo of the infant with her caregiver. “This is important, she will know someday that she was important, that someone cared.”

The day we were to leave Haiti for NYC, I began to reflect back on the richness of the experience. I noticed, again, how seemingly simple focus on the breath, healing touch and acts of compassion are universal and transcendent. 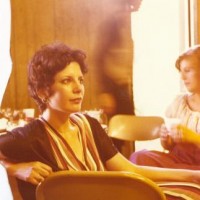