Tether Your Camel or Follow Your Bliss? The Corporate vs. Spiritual Dilemma.

Around 20 years ago, while I lived in the ashram in Pune, India, I would notice a fairly common occurrence.

From my early morning vantage point in the lush gardens of Osho’s commune I would see the arrival of all the new Westerners. The wide eyes and the looks of terror and astonishment were a common sight. Of course, all of these new participants would find themselves immediately thrust into the wonder of meditation and group work. Many times, they’d wander about as though their mind were tethered to a distant star.

Inevitably, it seemed like a number of these folks, within days, would report into the ashram in a state of anger and revenge. We all knew that they had been introduced to the various pickpockets that roam the streets of India.

And what would the old-timers, like myself, often tell these newbies? We would deliver a version of an old Muslim adage and say “lose yourself in bliss and meditation, but don’t forget to tether your camel.”

Opposite Sides of the Coin

This little story has become an interesting way to categorize the various seekers, all of whom I serve. You see, my day job is that of a corporate leadership coach and consultant, and into that work I have migrated a lifetime’s journey chock-full of spiritual content. What is clear to me is that the two worlds that I love—the corporate and the spiritual—seemed to collect those with a leaning in one direction or the other.

My corporate compatriots are ever so adept at tethering the camel. My fellow travelers on the path of awakening resonate with bliss and meditation. Within that predilection that each side holds and worships, lies the allergic reaction to the other polarity. In fact, it is not uncommon to hear the metaphysical crowd demonize the corporate camel tetherers as the Darth Vader’s of spiritual progression.

Many well-grounded business types can’t help but to marginalize the spiritual crowd as “woo woo” or singing “kumbaya.”

But we all know that the world is made up of polarities that are permanently a piece of each other. In fact, they are not two but one. While we see the polarities as separate, it is often said they are as opposite sides of the coin. And yet, knowing that does not seem to yield the wisdom to heal this illusionary split.

Now, this article is in a journal dedicated to the spiritual side. So please excuse me while I pick on those of us who spend time reading this type of content.

I challenge you to peruse the very pages of this journal and find the omnipresent and consistent putdowns of the corporate and material world. In fact, you may find exhortations advising us to completely cease our activity in all worldly matters.

For it is obvious to anyone with a spiritual bent that such activities simply are beneath the nobility of a divine personage we must assume ourselves to be.

You will also find major corporations tarred and feathered as though somehow they are not made up of body-minds just like ours with hearts and heads.

But I can assure you that every day as I walk through the halls of corporate America, I find seekers who were as passionately desiring as any of us favored with access, to the kind of content we read everyday.

When I was asked to be a regular contributor to elephant journal’s work and money section, I immediately knew that I had an opportunity to do the same thing in the world of kumbaya that I was doing in Darth Vader’s boardroom.

Since the majority of my writing is delivered into the corporate world in an attempt to heal the spiritual/material split—but from the other side—I now have that same opportunity to deliver exactly the same message but to the opposite audience.

The second thing that I would recommend, is the shameless stealing of what the other side embraces without hesitation. For it is in the structure of material life that we find the nest for spirituality to seamlessly reside. And it is in the ethers of the formlessness of consciousness that structure finds its purpose.

In my long and arduous awakening journey I have often been exposed to the concept of Buddha that we often refer to as” the razor’s edge.” It is upon this edge that this image implies one would walk with great difficulty. But that razor’s edge expands as each of us becomes aware of our own rejection of the side that we least favor.

For it is in that awareness that we begin to see that we can embrace both structure and formlessness which together yields a wide path for our own manifestation.

Why is this razor dance so difficult for the consciousness seeker? We have been taught to doubt everything as a part of our spiritual journey.

And that is a wonderful device to sort out what we assume about manifestation but might not see. But we extend this doubt to anything that remotely represents the structure that we imagine foisted our old conditioning upon us.

So, now is a time to see that the path of awakening includes a movement in maturity. What concept have you ever accepted that you couldn’t immediately toss overboard?

My suggestion—to be willing to embrace the very structure we may have labeled as the “bad guy”—is the same as trying on a new pair of jeans. Wear them for a while. If you don’t like them, just go back to the old pair that are working so well.

But, you may find that your judgement about your old conditioning being your kryptonite, just isn’t there any longer. The awareness that has arisen in you has stolen your old conditioning’s power. In that new awareness, your embrace of your camel tethering skills will reside in the full light of day.

Now, I invite you to comment to your hearts desire on how you see that one side or the other is really at fault. But in so doing, I ask that you watch yourself and honestly determine whether your point of view in some way feels out of balance. 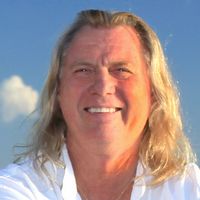