In my experience, many people come to Zen practice because they love the stories of Zen masters from long ago.

They love reading about outrageous teachers who said strange things and acted in even stranger ways, seeming like children, fools, and even madmen to the rest of society.

It has also been my experience that while we love these characters that lived hundreds of years ago, we don’t love them so much while they’re still living.

We don’t always love our present day madmen and eccentrics, for these are the people who manifest our shadow. They live in the cracks—nor just of our society but of our psyche. They put in our faces those qualities in ourselves that we’d prefer not to see—a refusal to conform, a refusal to grow up, a human being who ignores conventions and acceptable standards of behavior and makes up his life as he goes along.

I think of Issan Dorsey as the shadow in many people’s lives.

Issan was a drug addict, he was gay, he appeared in drag, and he died of AIDS. For many years he lived right on the edge, befriending junkies, drag queens and “alkies” that lived precariously like him, on the fringes of society.

When he died, a Zen teacher and priest, he was still befriending and caring for those whom our society rejected then and continues to reject now, people ill with the HIV virus.

Like the old Zen masters of old, Issan Dorsey was outrageous; he manifested the shadow in our lives. And he was loved not just after his death but also during his life. For Issan had exuberance for all of life, and that included death too.

I first met Issan Dorsey in 1980, just after he began the Maitri group on Hartford Street. I happened to be visiting San Francisco Zen Center and was in the zendo when Roshi Richard Baker, Abbot of the Center, announced that a satellite group of gay Zen practitioners was forming in the middle of San Francisco’s Castro District, under the leadership of Issan Dorsey.

Baker Roshi strongly supported Issan’s work, as he would continue to do for years to come. That was my first meeting with Issan. By then I had formed the Zen Community of New York with a vision of manifesting our practice in the area of social action, providing housing and jobs to our disadvantaged neighbors. This was highly unusual for Zen centers in those days, so I was curious about how Issan’s mission would turn out.

During the following years, Issan and I often talked on the telephone, he from San Francisco, I from Yonkers, New York.  We’d exchange news about what we were doing, and one day he told me that he’d taken a man dying of AIDS into the Hartford Street Zen Center.

That took place in 1987. This may not seem so unusual now, 11 years later, for some Buddhist groups have begun to take an interest in their communities, taking care of the disadvantaged, the sick and the dying. After all, didn’t the Buddha himself begin his search for enlightenment after coming across illness and death outside the walls of his palace?

But back in 1987, Issan’s behavior was seen as outrageous.

Most people thought that the proper practice of Zen Buddhism was coming to a zendo and sitting on a cushion, nothing more.

There was lots of talk about putting practice in our daily life and about the role of the bodhisattva who vows to save all sentient beings, but many believed that the role of the bodhisattva didn’t begin until after enlightenment. Thus, the practice of providing dying people with shelter, food, medical care and a warm and loving environment was not seen as a proper Zen Buddhist practice.

In founding the Greyston mandala of organizations that helped the Yonkers community, I was constantly told that I was doing the wrong thing, and that both as a teacher and as a priest I was not transmitting the teachings in their pure form.

Issan, too, received plenty of flak for the work he was doing. But he didn’t let it stop him. So J.D. came into the Hartford Street Zen Center, having been told by his doctors that he had, at most, three months to live.  Six months later I visited Issan and J.D. at Hartford Street. J.D. was still living and in excellent spirits.  He didn’t die till more than a year later, and by then Issan had opened Maitri Hospice for more men infected with the AIDS virus.

During that visit I spent a lot of time with Issan, and fell in love with him. He was always right there, very present to the people around him, full of humor in what some may call a macabre situation.

In fact, I often think of Issan as a combination of Lenny Bruce and the Dalai Lama.

He had the ability to laugh through any situation, no matter how difficult or painful, greeting the grim corners of life with lightheartedness and even joy.

I was reminded of Father Damien, who had taken care of the lepers on Molokai Island in Hawaii during the second half of the 19th century. Leprosy is not easy to contract if you take regular precautions, but Fr. Damien had not taken those precautions. He ate from the same dishes as the lepers, he didn’t wash his hands, and finally he contracted leprosy and died.

I don’t wish to say that Issan didn’t appreciate the gravity of AIDS and didn’t take the necessary precautions, but I know how sensitive Issan was to the epidemic ravaging the gay population at the time, and in particular his friends in the Castro District.

I can’t help having the feeling that, like Fr. Damien before him, Issan wished to live and die through his friends’ pain.

He wished to bear witness to everything they endured: their strong individuality, their exuberant life styles, their joie de vivre, and their illness and death.

Like Avalokitesvara, the Bodhisattva of Compassion, Issan Dorsey bore witness to the joys and pains of the universe. People loved him because of his great delight in life, his way of evoking all the happy reasons we have for living. They loved him even more when he bore witness to our deep pain and sorrow. He didn’t just talk about it, he lived it, and brought J. D. Kobezak, who had AIDS, into the zendo.

There’s a famous Zen Buddhist chant honoring Kanzeon, who is none other than Avalokitesvara, the Bodhisattva of Compassion. Once, in a telephone conversation with Issan, I told him that I had just completed a translation of the chant. Full of excitement, he asked me to send it to him as soon as possible since he wished to talk about that chant in a coming retreat. I did so.

The chant celebrates Kanzeon, who hears all the sounds of the universe and bears witness to each and every one of us. The impact of such a bodhisattva surpasses our understanding. He influences people directly, as the direct cause of their transformation, and also indirectly, as part of the environment, the gestalt, that accompanies them on their path.

Karma is the total of these direct and indirect causes. And this karma continues long after a teacher’s death. In fact, it is often said that a teacher’s greatest teaching occurs upon and after his/her death.

In 1997, ten years after Issan died, the Greyston Network in Yonkers opened its AIDS Center. We called the Adult Day Health Program Maitri Center, after Issan’s Maitri Hospice. We called the housing complex of 35 apartments for people with HIV/AIDS Issan House, after Issan Dorsey.

Several months later I was walking through the center when a man I didn’t know approached me. He was from the local community and he had AIDS.  He was not a Buddhist.  He thanked me for our work in building the AIDS center, and then he told me how much he wished that he had known Issan Dorsey.

Kanzeon! At one with Buddha, 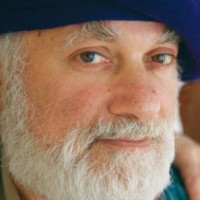