Why Sh*t is Funny.

At a recent social outing a woman asked me, “Are you ever genuine?”

She did not intend to offend me, and, in this regard, her sincerity was baffling. I spend my time being clever, polishing my irony, witticisms erupt from my mouth. But, I am rarely sincere.

Cynicism instructs one to be cautious, suspicious of sincerity due to the complex machinery of dupery. One need only look at a billboard, a viral video financed by a Fortune 500 or listen to a sales pitch (what to speak of a political campaign) to become wary of the many expressions of “sincerity.” Fear is communicated, most effectively, through “sincerity.” The best lie is one told with sobriety. It is a mask, a characterlogical posture, that is effortless to perform, and even more effortless to be seduced by.

In response, sarcasm has become an art. The sardonic has replaced authenticity. It is, in fact, the age of irony. The half-serious has become a form of sincerity. We communicate our “trustworthiness,” our ability to think independently, through the cool expression of mockery. The cultural legitimacy of the sardonic is confirmed by advertising agencies today, who now strive to be ironic, which is itself ironic.

This is what literature majors (informed by postmodernism) refer to as “meta,” a self-referentiality that multiplies itself. Any claim to subversiveness has been stripped away from the factions of the ironic hipster; like the mask of sincerity, we too fall just as easily for the performance of the cynic.

Six Philosophers Walk Into a Bar..

Sincerity is only humorous when laughed at. In order to be funny, one must have been sad, very sad, and recovered through the callous cultivation of irony. Comedy then is a consolation prize after one is divorced from any notion of going to heaven. One is gifted with humor once one accepts there is no place for them but hell. It is Camus’“absurd man.”In this regard, cynicism and heartbreak (the graduation from idealistic notions of life, resulting in self-loathing and deprecation) are the bedrock of humor. It is the death of romanticism that culminates in an ironic view of the absurdity of human existence.

“We are petty petty fools, look at how pathetic we really are!” (think Louis C.K.) Humor is bought at the price of innocence, it is a moral awakening to the tragic nature of life. As Nietzsche said, “A witticism is an epigram on the death of a feeling.” In this regard, it is a kind of gallows humor; the types of jokes that find cancer, heart attacks and erectile dysfunction as playgrounds for irony.

Hobbes believed that humor arose from the “sudden glory” felt when we recognize our superiority over others, which is really just humor at the expense of those who are dumber, less attractive, and overall more retarded. While Kant posited that incongruity, the defiance of our expectations (such as a cussing, dirty-mouthed, cuddly teddy bear) culminates in explosive laughter.

In contrast, play theorist, Max Eastman, considers humor to be a form of play, requiring a disinterested stance, mock aggression and insults, and playful amusement at the expense of others. In this regard, some psychologists believe that humor serves the role of group bonding.

By making fun of each other and, especially, mocking outsiders from one’s group, results in deeper identification with those in one’s tribe. Humor, then becomes a secret language only members of one’s group are fluent in, thereby excluding outsiders, while creating a greater sense of belonging in the select members of the group.

Harvard professor, Matt Kaiser, argues that humor, while being all of the things stated above, militates against false sincerity. It undermines power, seriousness, and deception. In this regard, humor is a critique of corruption, and through trickery reveals deeper truths about the nature of life and human psychology.

Irony, then, is a paradox, a double bind, an incessant critic of itself. In this respect, the so-called irony of the contemporary ad campaign is only ironic in its attempt to be ironic. True irony hobbles its own coercive power. To be truly funny is to have been truly sad; to be funny is to accept that one day, it might be today, I’m going to die and that kinda sucks. 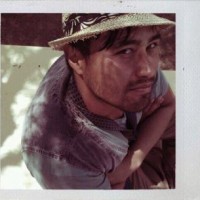