*elephant is proud to serve as a media partner with Sounds True’s first annual “Wake Up Festival.”

One summer afternoon during a meditation retreat, I discovered that I contain the entire universe.

It happened quite unexpectedly, all in a rush. I was sitting with my eyes closed in a room with several hundred other people, very much aware of the sensations in my body and of the faint rustles, coughs, and other sounds around me. The next thing I knew, there was a kind of implosion. Instead of being around me, the room with all its sensations and sounds was inside me. My awareness started to swell until I could feel the earth, the sky, and even the galaxy inside me. In that moment, I understood, with a surety that was both exhilarating and terrifying, that there is only one thing in the universe—that it is awareness, and that awareness is me.

The experience faded after an hour or so, but the understanding it gave me has never gone away.

At the time, I’d been traveling a winding spiritual path for a couple of years. Like so many people, I started meditating not because I longed for enlightenment, but because I was in a moderate life-crisis, and hoped meditation would make me feel better. I was living in New York, writing for Esquire, New York Magazine, and the Village Voice, leading the life that my left-wing humanist upbringing had laid out for me, priding myself on my hipster creds.

On the outside, it was fine. I had an advance from a major publisher, a new boyfriend whom I was sure was the love of my life, a rent-controlled apartment—and a chronic case of restlessness and slight despair that never really went away. I’d already investigated marriage, politics, romance, psychotherapy and the fruits of money without discovering an antidote to my low-grade emotional pain. Meditation drew me because it seemed like a way of getting to the roots of myself. Even in those days, when meditation was still considered an activity for saints, hippies and other eccentrics, it was supposed to be a great way to settle the mind.

After that awareness-expanding meditation, I was in a new relationship to myself and to my own inner world. I opened my eyes to a world scintillating with love and meaning, and felt sure that I had found the answer to everything I wanted in life.

Like my expansion of awareness, ecstasy didn’t last; but like the expansion itself, it changed everything. The meditation master in whose presence the experience had arisen became my guru—the teacher whose transmissions and guidance would guide my practice for years to come. Meditation became my path.

What had happened that afternoon was an awakening of the kundalini shakti, the inner energy that nearly every esoteric tradition recognizes as the force behind spiritual transformation. Kundalini (literally, “coiled energy”—so-called because when the energy is inactive it is said to be “coiled”) can be awakened in several ways: through yoga postures, through deep meditation, or, as happened that afternoon, through the transmission of energy from a teacher whose own kundalini is active. The awakening of kundalini can be subtle or dramatic, but however it occurs, it brings the energy of Spirit into the foreground of our lives, shifting our priorities and stirring our hidden resources of love, understanding, and insight.

Kundalini’s power unfolds as we meditate. The awakened energy draws us into meditative states and begins showing us the tracks of our inner country even as it tunes the body and mind to a new level of subtlety and awareness. Over time, kundalini transforms our vision until we see the world as it really is: not hard and bumpy and irrevocably “other,” but filled with a single loving energy that connects us with one another and the world.

Of course, this level of transformation doesn’t happen overnight. That is where we sometimes get confused. Most of us enter into meditation rather naïvely. We bring along expectations, ideas, assumptions. For instance, we sometimes imagine that successful meditation is a kind of prolonged honeymoon in which we rove through fields of bliss and float along deep lagoons of peace. If our relationship with the inner world becomes troublesome, boring, or more intimate than we bargained for, we feel frustrated, disappointed, or even ashamed. We might decide that we really aren’t so good at meditation, and it is often at this point that we give it up.

We would feel a lot better if we realized that meditation is like any other intimate relationship: it requires patience, commitment, and deep tolerance. Just as our encounters with others can be wondrous but also baffling, scary, and even irritating, our encounters with the self have their own moods and flavors. Like any other relationship, this one changes over time. And it is best undertaken with love.

The spirit is so near
that you can’t see it!
But reach for it . . .
Don’t be the rider
who gallops all night
And never sees the horse
that is beneath him.

Sally Kempton is known both for her ability to lead students into deep states of meditation, and for her gift of making yogic wisdom applicable to daily life. She has spent over 40 years practicing, studying, and teaching meditation and spiritual philosophy. A former swami (or monk), she lived and studied for many years with enlightened Indian masters, and received training in the Kashmir Shaivism tradition. She writes “Wisdom,” a regular column for Yoga Journal, and teaches workshops and retreats in the United States and Europe. She is the author of Meditation for the Love of It (Sounds True, 2010) and Beginning Meditation (Sounds True, 2011). Visit www.sallykempton.com.

According to the Tantric traditions, the awakening of kundalini is actually the awakening of the goddess within the human body (in both women and in men), and it may be the most radically transformative event in life. When kundalini awakens, it can set in motion a complete reordering of your priorities—opening up the gates of the inner body, giving you the capacity to perceive the inner meaning of things, unlocking creative gifts, kindling devotion—setting in motion a deep process of self-questioning that can change the way you live every aspect of your life. In the Tantric traditions, what we call the awakening of kundalini is actually the moment when the goddess decides to show you her liberating face.

In this workshop, Sally Kempton, author of Meditation for the Love of It, invites you to explore the transformative power of divine feminine energy through activating the power of Kali, Lakshmi, and Saraswati. Each of these corresponds to one of the stages that kundalini unfolds on our path toward wholeness. The awakening of feminine energy as Kali corresponds to the purification stage, and often brings upheavals in its wake. Through Lakshmi we access states that are sweet and expansive, with a feeling of lightness and a sense of having access to boons and divine gifts. And through Saraswati we acquire the ability to find stillness of mind or waves of spiritual insight and realization. Working with meditation, mantra, myth, and self-inquiry, we’ll look at how each of these goddess-energies express themselves through our personal and emotional energies, and how to awaken the many aspects of them as a path to our liberation. 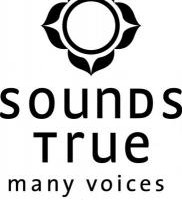