Hidden Secrets of the Yogis.

Making our way along the Bangalore-Mysore road my sleepy mind reviews practice and meeting my teacher again.

The traffic is surprisingly heavy as we whiz by oversized billboards and sway from one side of the road to the other. It seems to be the perfect analogy for practice. There are smooth patches, rough spots, detours and continual disturbances. The honking horns (an accepted act in India, which if you do too much in North America you’ll get the ‘finger’) reminds me of the endless fluctuations called vrittis bombarding the mind in practice.

Returning to my teacher is in many ways like going to my doctor for a check-up. But I prefer to call it a ‘check-in.’ Over the last few years the physical practice is not what’s important to my teacher Yogacharya Venkatesha whom I have studied regularly with for 12 years. His aim is not about achieving the final asana (i.e., how far you bend or twist).

In fact many years ago his first comment after watching my practice was, “Too external.”

It’s good to have a teacher like this who will tell it to you like it is and embarrass you in front of others.

How to improve upon this, however, does not come from asking any questions. Yogacharya is not a technical teacher, which means you won’t be told to do this or that and all will be fine. He’s focused on how the posture is working on your mind—the colour of your skin, your eyes and energy level. He’s also as sharp as they come. During practice he stopped me and inquired if I had put lotion on. I confessed to using tiger balm to soothe a stiff neck for which I was scolded in front of the others. This was a pretty big deal since I was shamed by him saying, “After all these years you are using chemicals for pain?”

There are many things that come to the surface during practice—our unconscious and chronic habits, which are as difficult to spot as a fish seeing itself swim around in water.

When my teacher tells me the practice is too external I review the fundamentals of why I practice. Am I just trying to accomplish more asanas? Do I identify my progress with the physical result? Can I challenge myself to remember the ultimate connection between the body and mind? What effect is the pose having mentally? And moreover, who do I think is driving the practice my body or mind? Is it both? Are they so intertwined we cannot tell them apart?

For Yogacharaya it is clear. “It is all mind, thoughts….in themselves are nothing.”

Several years ago when conferences were given on Saturday afternoon, Yogacharya spoke about satisfying the physical body only. He meant that when the practice is physically driven we end up travelling in circles and never penetrating the deeper regions of the soul. Never finding peace. He has been fond of telling students including myself that you can go on practicing like this and 10 years will pass with no ‘real’ changes.

The Yoga Sutras, a text written 2,000 years ago, repeatedly states that the practice cannot be understood through the asanas alone. And yet the third rung from the eight limbs is a huge step to get over since we are human beings living in a material world and dealing with the physical body.

Something that has eluded many Western practitioners is this moving beyond body exercise as being Yoga and examining the fluctuations of mind through the asanas (Paul Brunton, A Search of Secret India, 1934). A good example that came up in class was a student who commented to me the day before that she could not imagine practicing the postures without concentrating. The next day in class Yogacharya stood beside her and told her to learn to concentrate.

This was also followed by, “Don’t pretend to do……really do.”

Traveling into the Inner Realm

There are many ways our clever mind deceives us and I have observed over the years that Yogacharaya´s teachings are certainly more centred on this than ever. Classes are not for the ‘mad’ or a circus act as he told me during my first week. Given what I know it’s safe to conclude he’s not the typical teacher. He doesn’t applaud your efforts and he will not unnecessarily please you (the same thing). He might even tell you to do self-practice and come back when you want to learn something. It makes me think of Neem Karoli Baba who used to tell Westerners as they came to visit him, “Now you have seen me…you can go.” And he would add, “I know you were talking behind my back.”

Yogacharya is not far behind from this approach as he leaves you to figure it out for yourself. Unfortunately, his straight forward approach might be misunderstood or taken personally leaving one to feel ridiculed or insulted. It’s clear he doesn’t need you. And maybe you shouldn’t need him either.

What I mean is not becoming ‘attached’ to him.

The bottom line of practice and why Yoga is so important to all of us is to discover your inner freedom.

Not being attached to lifestyles, people, places or things. These are the ultimate challenges and difficult to make it happen in your life rather than just saying it.

With a teacher like Yogacharya you learn pretty quickly the practice of the asanas are not for maintenance or self-preservation alone—but to travel into the inner realm.

Practice and the Road to Mysore

Over the course of several weeks turning into two months I only have a few postures to practice. It can sound monotonous and indeed it’s not the fashionable way that yoga has been moulded into physical achievement. Having travelled in this direction with him and trusting the process holding postures for more than 30 continuous breathings and focusing on less asanas is mentally difficult.

The method of Yogis of the Himalayans was to hold one posture for extended periods of time. This may seem like an uncomplicated approach but it’s an extremely challenging method that most of us will not be equipped to deal with. First, boredom surfaces, second, mental detoxification and third, physical tenacity (and the cycle may repeat itself or be completely tied together). The purpose of this practice is not to allow the mind to flip to the next thing. It’s a very direct way of seeing the fluctuations and to feeling the ‘seat’ of the posture. It also steps beyond doing yoga for physical relief and pleasure, but for liberation.

And for those “’serious’ about yoga this is a genuine conflict” (Georg Feuerstein, The Lost Teachings of Yoga, 2003).

We are still on the Bangalore-Mysore road. The highway will end soon but the practice goes on. For me Mysore is the city of the 51st breath…. Because at that number it is time to rest……

Note: There is no significance in holding a yoga posture for exactly 51 breaths. It’s a marker for the length of time a posture is held meaning that 10 breaths occur in one minute. Holding a posture for five minutes is usually for therapy and including internal endurance. Taking less breaths is a central aim of many ancient Yogis in which life is not calculated by the years but by the breath. Less breaths is understood as increasing one’s life span (pranic force), well-being and developing even mindedness. 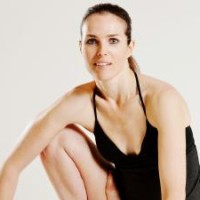