We’ve got this whole Seven-Billion People thing going on.

Well, the Earth has the thing which makes it ours to bear since it’s actually about us…the guys, the folks, the kids, the dudes, the what’s-his-names. It seems like people are everywhere. But maybe not…at least for the right-now-moment.

Wildly cool and compelling is The Degree Confluence Project. As they say, it’s this:

The goal of the project is to visit each of the latitude and longitude integer degree intersections in the world, and to take pictures at each location. The pictures, and stories about the visits, will then be posted here.

The project is an organized sampling of the world. There is a confluence within 49 miles (79 km) of you if you’re on the surface of Earth. We’ve discounted confluences in the oceans and some near the poles, but there are still 10,166 to be found.

An organized sampling. How do you like that? According to the project:

Of course I had to get down into it and check out the confluences in my state of Illinois.  There are 15 and I was mind-blown when I discovered that only one of the fifteen snaps showed any signs of human dwelling, though being in the farm heartland, a good share of them offered images of crop fields. The confluence that did include a home was in Cook County, which is the second most populated county in the United  States, so fair enough. It’s thrilling to absorb that this project in place and active, and that it can be enjoyed as a tour of Earth’s vast and varied natural spaces. (For you nosy-stalker types, you can get into everyone’s business…check out Russia with nearly 600 photos. Satisfying peeping!)

From the project’s founder, Alex Jarrett:

I started the project in February 1996 because I liked the idea of visiting a location represented by a round number such as 43°00’00″N 72°00’00″W. What would be there? Would other people have recognized this as a unique spot? Another reason was that my friend managed to convince me to buy a GPS and I had to come up with something to do with it. I also hoped to encourage people to get outside, tromp around in places they normally would never go, and take pictures of it.

I visited several confluences of my own and posted them to my personal web site. Before long others found the site and visited confluences of their own, and it just snowballed from there.

And get this (damn, so cool) he’s also the founder of Pedal People:

Pedal People Cooperative Inc. is a worker-owned human-powered delivery and hauling service for items under 300 pounds in Northampton, Massachusetts, USA. It was started in December 2002 by Ruthy Woodring and Alex Jarrett. We are now an incorporated cooperative business with 13 active workers as of May 2011.

I’m getting inspired by the synergy of these ideas. Our humanity within the Earth-space and a bald understanding that we are On Earth. That there are places and spaces that remain open, albeit touched, but unoccupied by people.  And that ways of being On Earth can be mindful, responsible and connecting…and (fine, I’ll say it) fun and cooperative and loving.

Some sad days I’m left with the impression that no one wants to work together, particularly when it comes to a reasonably respectable way to keep Earth from bubbling over with waste, hate and poison. It is collectives and work zones like these that make it look so very doable. Visit Earth’s spaces, photo them and share share share.

It was no one’s to begin with anyway. Not-a-one, all Seven Billion included.

And leaving with this…imagine the confluences over history’s epochs, over the long lens of time, before there were folks, dudes and kids. And then imagine this, it’s our legacy to be sure they remain after we’ve gone on. 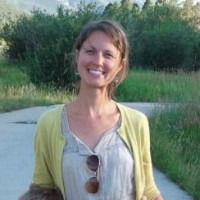