I spent hours the night before double-checking my terminology, choosing the perfect music and practicing the poses so I could make sure I was giving the correct verbal cues.

My mentor had gone out of her way to get me the job. I had just finished my teacher training and was unsure if teaching was my forte. I had always had a fear of speaking in public, even though I had a day job that required me to speak in front of large groups of people.

Add postures, Sanskrit and injury prevention to the already anxiety-ridden act of teaching a class, and my head was ready to explode.

Thus, the all-night preparation. One thing I refused to do was let my mentor down.

The time for my first class arrived. I took a breath, entered the yoga room and laid out my mat at the front of the class. A few students had already found their spots and were settling into the space. Two older women sitting at the front of the room were chatting away, oblivious to their surroundings.

I nervously fumbled with the CD player. After a few deep breaths to calm my shaky hands, I finally figured out its quirks and soothing music filled the room.

I took out my notes and set them to the side of my mat where I could easily access them. Within minutes the class was full and my heart was beating a hundred plus times a minute.

I took another much-needed breath and asked the students to take to their mats. I went through my introduction and asked about any injuries. No injuries…good. I finally started to settle down.

Then the nonsense began.

As I was beginning to discuss my theme for the class, I happened to glance at the two older women at the front of the class and caught them rolling their eyes at each other and shaking their heads in condescension.

I was completely taken off-guard. A billion thoughts ran through my head wondering what I had said to make them consider my words so ridiculous as to warrant an eye-roll. Somehow, I manged to finish my thought, albeit clumsily, and transitioned directly into the asana practice.

They don’t teach you this in teacher training.

I’ll never forgot that moment. It stuck with me for two reasons:

1. It never occurred to me that students wouldn’t have an interest in what I was teaching. Even in those times that I’ve found a teacher doesn’t present his or her class the way I’d prefer, I always show respect. Often, it’s the teachers who teach different from what you’re used to that have an important nugget to share.

2. I was frustrated with myself for altering my teaching plan because of the immaturity of two women. Yes, there will be times as a teacher you will have to tone it up or down depending on the level of the group, but you should not feel compelled to change your teaching style.

Since that day, I’ve had students who have laughed at me, rolled up their mats and left when they realized I was a sub and others who did their own vinyasa flow completely different from my instruction. I also experienced a disrespectful student who entered an introductory class late and proceeded to do headstands while I was teaching Warrior II to a bunch of beginners.

But by the time these self-centered students entered my class, I was already seasoned enough to know to whom I should focus my attention—the students who do appreciate you.

Here are a few thoughts for those teachers just starting out in the field:

>> When you’re new to teaching, you’ll inevitably have to do a lot of subbing. Don’t be discouraged by students who walk out on you because you’re not the regular teacher. It’s them, not you.

>> Teach what feels right to you. You were drawn to your teachers and your style because it ignited a spark in you. Keep that spark alive in your teaching as well. Don’t let a scornful student snuff it out.

>> Trust that what you’ve prepared is enough. Yes, you will have to learn to adjust to the skill level of the group, but don’t feel compelled to appease a show-off.

>> Don’t be discouraged by students who have difficulty sitting in meditation or surrendering in savasana (unless it’s physically uncomfortable for them and they need adjustment). Continue to make it part of your class. Their busy minds need it.

>> Often the frustration you will see in students is with themselves and their own internal dialogue. Don’t take it personally. Briefly offer your help. If they don’t accept it, smile and move on.

>> Don’t be afraid of criticism. Feedback, given in a constructive way, is a powerful learning tool. Even those comments that may seem insulting can be a moment to reflect. Take what you need from such assessments and move forward.

I’ve had the privilege of teaching students from the age of nine to 90. I’ve taught beginners, athletes, injured students, retirees and pregnant women. I’ve had the honor of being part of people’s journey through life changes and new beginnings.

I often feel like I’ve learned more from my students then they have from me.

The bad-mannered, contemptuous students don’t affect me anymore. Instead, I focus on those who are there to learn something and who have respectfully given me their time. I find those with attitudes quickly learn to either climb off their high-horse and join the group energy or leave.

It’s a shame, really. I’m well-trained, experienced and love what I do. I take the seat of the teacher seriously. It’s unfortunate that some students don’t reciprocate that respect.

But there are many students who will appreciate your efforts.

And they will make your teaching worthwhile. 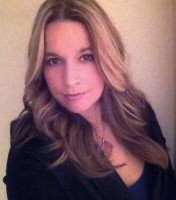