Confessions of a Girl Alone: Unravel Me.

She runs down a darkened alleyway, feeling rushed, feeling chased.

She knows they are right on her heels, but she can’t look back for fear that she will trip forward. The twists and turns take her to many places she never expected to see, but she didn’t hate them for it.

She couldn’t—to hate them would mean hating the very center of the universe. Where did it all begin anyway?

They eyed her interestingly, wondering if she had some sort of story to tell them. But when she opened her mouth to answer, no words dripped out.

“It’s a hard thing to explain,” they consoled her.

She needed to make peace with the words that burned inside her soul.

Written upon her heart were the whispers of a someday dream. Etched in the shadows of her body and the corners of her face were the promises she made at the beginning.

That great promise, that binding promise—it kept her in its grasp. Though she began to hate it, it became something that kept her warm at night.

She knew she needed to make peace.

The clouds were moving quickly now, and she knew she did not have much time. Despite the pressure, she could not put her finger on what it was she had hoped to achieve, but she knew that she would know when she saw it.

Weaved into the depths of her certainty was a thread of uncertainty.

She tried to ignore it, but ignoring it had the reverse effect. She leaned against the tree, looked at the unlit cigarette in her hand and decided against it. She took a deep inhale and let it all go.

Whatever it was, it wasn’t going to find her in one day.

I used to think that the answers were always outside of me. I believed whole-heartedly that if I attained a certain level of income or a specific pair of boots that I would somehow also attain a level of safety.

I believed that the more things I owned, the more people would like me; the bigger my house, the safer I would be.

Inscrutable, calculating, unforgiving, angry and mean, the enemy was not without; it was within.

I wish I could say that the journey to loving myself is complete, but it continues to evolve every day.

I require so much more than I originally thought.

What once was ego-aggression dressed up as self-love now becomes a gentling in spirit.

Where I once attacked the journey towards love, I now step gingerly up to bat with arms outstretched as if ready to receive a baby. I am that baby.

But where I thought I would receive this from others, I have learnt I can only go within to uncover my ability to cherish myself.

‘Take that, undesirables!’ I would say to myself as if somehow punishing these aspects of me would make them better.

I act as if I can jump ship, my very own ship and say “bugger off, find your own way now!”

I say this aloud and marvel at the hilarity of the thought–that I could somehow leave me behind. Yet when I follow my actions, I see that that is exactly what I do.

When you analyze your actions, do you find you do the same?

Yes, we act like the aggressor is out there, but we do not see the invisible acts of cruelty we do unto ourselves. We do not witness the ways we whip ourselves into shape. We see only our shortcomings and berate ourselves instead.

But I urge you, I beseech you to stop right there. Stand still and search within. How do you hold yourself? How do you support yourself?

Did they see how they were trapped in a cycle of aggression? Did they see their own pain?

Coming to terms with our pain, with our fundamental agony, is a strategic way to move forward on the path towards wholeness. Willingness to sit with ourselves and hold our own hands during our most painful times is not for the faint of heart.

But before we point our fingers at how others must change, we must learn how to do this ourselves, at the most basic level.

Don’t miss the first part of this author’s series: Confessions of a Girl Alone: Alone or Lonely? 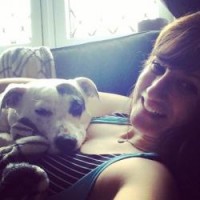