So you’re at the proverbial end of your rope; your kid has embarrassed you one too many times.

You’ve contemplated where you went wrong, why it all began, and what you could have done differently.

You can’t possibly understand why the same kid that you lovingly and patiently cared for, whom took a dump in your hands as a smile child, projectile vomited all over you and the furniture, caused you many sleepless nights, had temper tantrums in the middle of the store, all while throwing you under the bus, has the attention span of a gnat, would partake in loud and obnoxious commentary about strangers in front of them and would stir up fights with the other kids in the neighborhood, could betray you in such a way.

We get it, your kid is a nightmare.

For many years, you were in denial, you even defended the little terror until you no longer could. Now, you’ve just accepted it for what it is.

Here’s the thing, if you’re being truthful with yourself: you’re the parent that all other parents stare at because your child is out of control. Ouch. You tell yourself, “who cares, what do they know anyway?”

The truth is you do care but you’ve run out of options, so you bury your head in the sand.

You haven’t tried everything and it’s not your fault. There’s this little thing called energy—it affects us in more ways than we will ever know. Moods, behavioral patterns, beliefs, finances, health, relationships and just about everything else that you have going on in your life is tied to the energy in your home.

It’s not a coincidence that when you moved into your home, things started getting better, they fell apart, stayed the same or were a mixed bag of tricks. Everything that you currently are, have and are doing in your life is a result of the energy that is in your home right now. The way in which you are utilizing the energy is an indicator of how your life will go.

I know. It’s so egregious. How can that be possible?

Remember that one business in the strip mall, down the street from your house, that changes ownership every year? The one that everyone says is doomed from the start? That’s energy affecting it!

Remember the house in the neighborhood that has a constant flow of people coming and going, moving in and moving out—yup, that too is energy affecting the residents.

This entire planet is made up of energy. The law of resonance states, when two objects come in contact with one another, they will resonate or vibrate at the same level. One will rise to meet the other energetically.

A great example of this is when your friend calls you up and unloads all their problems on you and by the end of the phone call they feel great, and you feel like crap! That’s the law of resonance at work.

The same goes with your home; whatever energy is prevalent there, you will resonate with eventually. It’s only a matter of time. The hope is that the energy is good and supportive and you start resonating at that same level and this is how you’re able to accomplish your goals easier.

However, this isn’t always the case and a lot of time, people start resonating at the level of their home and the energy isn’t that good, hence the problems begin.

You ask, “What does all this have to do with my wild child?” Good question.

You see, kids are more susceptible to energy. Therefore, they are affected by it sooner than adults and sometimes more aggressively because they’re little bodies are more sentient than ours. They’ve been in this world for less time and aren’t plagued with the same blocks that we as adults have learned to put up. What if I told you that moving your kids bed could help alleviate a lot of the “behavioral” challenges that you’re being plagued with? Crazy, huh?

Guess what, it works.

We spend 1/3 of our time sleeping; it would only make sense that whatever direction we are sleeping to and whatever energy is prevalent in that direction, would not only affect us but our children too.

I had a client who’s little girl was bossy and loved to tell everyone, including her teachers what to do. The father was a tall and strapping man, someone you would hardly think would have a difficult time controlling a grown man, let alone a little three year old girl.

Well she controlled him, to the point of major frustration. When I went to his home, I could tell her sleeping direction was too powerful for her and that she was really bossy. We moved her bed, within the week, the nanny called my client at work and asked what he had done because the little girl was not only listening to her, but was playing nicely with the little boy next door and even her teachers at preschool were commenting on how well behaved she has been.

My proposal to you is to change your child’s sleeping direction; give it a try and see what happens. Your child should be sleeping with their head to either their stability (+60) direction or their relationship (+70) direction. This will ensure your child listens to you, gets along well with others, pays attention, does well in school, etc.

For example, if your child is a 6 Gua, their stability (+60) direction would be the northwest. Make sure the headboard of your child’s bed is on the northwest wall of their bedroom.

So the next time, your child, has a melt down, you should be asking yourself WTF (what the feng)? What the feng is up with your home causing your child to react in such an insane way?

Remember the cartoon G.I. Joe? Every episode of the G.I. Joe cartoon ended with a public service announcement from a member (sometimes two) of G.I. Joe. It showed kids in some sort of situation doing something wrong and the Joes gave them advice. They would always sign off with, “Knowing is half the battle.”

I am signing off with the same and throwing in a little Biggie Smalls in the mix by saying, “If you don’t know, now you know.” 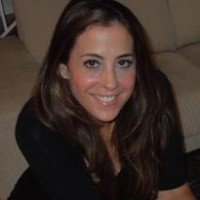