Is it Too Late to Change My Mind? ~ Renee Baribeau

I changed my mind.

Last week I made a public announcement on Facebook that attracted a lot of attention. I shared a picture of an apartment I planned to rent. More than 200 friends liked my post and another 125 commented about my plan to move to Los Angeles. Soon afterwards, I changed my mind about the move.

Not only was there egg on my face for the grand announcement, I had to disappoint the landlord and the prospective renter of my home. While my new post may not warrant an equally strong thread, I learned a valuable lesson in the process.

There is a saying that describes a good salesperson as one who can, “Sell ice to an Eskimo.”

This was my mantra until the word; “Eskimo” became socially unacceptable, as it did not distinguish Intuit from Yupik, etc. I amended my pitch by adding, “but only when the Eskimo needs ice. “ Today, I can sell just about anything when there is a genuine need.

The key point here is the idea that in my cosmology, a sale is possible only when a product serves a need. Over the years I have sold everything from Girl Scout cookies, produce from the family fruit stand, door to door cable television and used cars.

The latter came to a quick halt when I insisted on integrity and wore moon boots to a car lot on a cold February day.  The owner of the lot didn’t appreciate my choice of warmth over style, or honesty over money and let me go after I had sold four cars.

One thing that has never been for sale is my integrity and work as a healer.

My healing practice has grown organically by word of mouth. The lesson learned this week is that I am capable of selling ice to myself as well as convincing myself that there is a need.

Once my book, “When the Wind Blows” is published, I suspect that my life will change dramatically. It is a saleable process for workshops, and training opportunities for teaching and speaking are already showing up. The future looks very clear with winds blowing from the East.

In life as with skydiving, it has been my tendency to try to jump before the plane door is fully open. Writing a book is like being tethered to a partner while skydiving. Exiting the plane, you feel invigorated, like words flowing effortlessly onto a blank page, but then reality sets in; at 8000 feet you need the appropriate skills for a safe landing.

When free-falling, one feels invigorated, trusting that a skilled partner is in control. The process of writing is similar, knowing that the editor’s red pen is keeping you on track to finish the book.

Jumping is like writing in that it creates momentary bliss. There is a moment when you align perfectly with the heavens around you, and like a bird you descend gracefully towards the green earth. As I left the plane, I laughed like a hyena, before my fear of a parachute failure set in. From above, everything becomes clear, including the outline of the hand responsible for the name of the vista, The Finger Lakes. The high of flying remains with you for days, but the perspective lasts a lifetime.

As I complete my book, there is a similar fear of landing.

Jumping from the plane over the Finger Lakes precipitated my last big move. After that solo jump, I moved across the country. Now 20 years later, I am considering another move, as I reflect on that October jump. While I was ready to leap, I realized the book was my tandem partner pulling the strings for smooth ride and a safe landing.

After announcing my plan to move, I became exhausted and my energy reserves were depleted. For a week I stumbled about, proceeding to pack and act as if I was closing the door on this chapter of my life. As I stared at the mound of tear stained boxes, I gave myself permission to remain in the home I loved.

I chose my sanity over disappointing others.

Coming in for a fast landing can be a bit disconcerting, as was giving the tenant a few weeks notice that he needed to find alternative housing, and backing out from an impending move.

As I made the calls (after changing my mind not to move) my energy was replenished. As I rode on the back of the North wind, an important lesson was revealed; not only was I a salesperson, I was also my best customer. Once again I was reminded of my fear during the choppy ride in the crop dusting plane. Even then the plane ride was scarier than the jump. I froze. Watching the door slide, I was reminded by the words on the sign stating that Humpty Dumpty was pushed.

This time I was pushing myself out a door before it was fully open.

Like the jump, for days after announcing my move, I was flying high. Like the sky diving experience the excitement waned and depression set in. Twenty years ago it had been explained to me that the endorphin high one receives from skydiving is similar to using drugs.

Skydiving can be a dangerous game because people can get addicted to that high. For me, the long ride down towards the earth harnessed by belts pulling tightly on my crotch, combined with a shaky plane ride, made it a once in a “lifetime only” experience.

My impulse to jump prematurely is a lesson that I have to constantly remind myself of. As I called the new landlord and also advised my tenant of my change of plans I realized that I had disrupted their lives. Yet, it was necessary in order to restore my sanity. It’s a lot harder to pick up the pieces after Humpty is pushed.

As a saleswoman, I have to remember to be as clear as the ice I am selling. 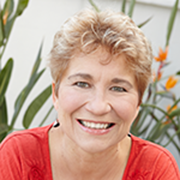