Let’s be honest, there’s been a lot of smack-talk about Bikram Yoga going down lately.

As a Bikram teacher of eight years this month, I have to say, I get it. I really do. Racism, sexism, bigotry and allegations of sexual assault and rape are really just the beginning. I’ve seen him call students fat, ugly, gay and stupid in a tone so full of nastiness he sounds like a snake spitting poison.

I’ve seen people bow down to him; like, actually bow down on their knees. They call him ‘boss’ relentlessly, unquestioningly do as he asks – even if he calls them Fat Ass instead of their name, brush his hair, massage his feet, and a whole host of other creepy activities that anyone in their right mind would call cult-ish.

Yet still Bikram studios across the world are jam packed with students wanting to get in to sweat their asses off a few inches away from their neighbors, lock their knees, and be bossed around within the crazy framework that is Bikram Yoga.

Teachers, loving, compassionate people with a well established practice of gratitude and grace, continue to teach the series that is taking so much heat and receiving so much criticism from the other yogis of the world.

And you know what? If we didn’t, there would be hundreds of thousands of very sad students worldwide who get something…something from Bikram Yoga that they cannot find anywhere else. I know that something. I’ve practiced nearly every other form of yoga, and I enjoy most of them immensely. Give me a quiet space, a humble teacher (debatable for some Bikram teachers, I know, but also debatable for any human on the planet, really), and clear instruction on how to move my body and I, friend, will be silly putty in the palm of your yoga teaching hand.

But I still don’t feel the same elation, the same incredible glow and satisfaction I receive from 90 minutes in a hot room being told exactly what to do, how to do it and why I’m doing it.

Sometimes it’s not that elation I need. But sometimes, it’s exactly what is going to pull me out of a mind-space and put me into a hot, sweaty hell of a classroom with no way out, so I can look myself square in the face, work through my postures, and find compassion toward myself despite years of hyper-vigilance and being way too hard on myself. In some weird way, it helps me accept my weaknesses.

Safe to say, we are all very different people.

I’ve not only been teaching for eight years, but I owned and directed a studio for over four of those years, which I’ve since sold to pursue a new career. Yet I continue to teach. I’ve seen it all in my time, from guys practicing in their underwear (and yes, I’ve seen my fair share of genitalia while teaching) to girls with massive fake breasts wearing skin tight white bras and not even flinching when their thinly veiled nipples emerge through the wet material for all to drop their jaws and stare.

But I’ve seen crazy stuff in other classes too. I’ve bumped into the ego of teachers in yin class, been given improper technical instruction in a 60-minute flow, and had eyes rolled at me when I didn’t do a posture because it hurt my back while practicing what was simply called “hatha.” I have gone to a party, and when introduced as a Bikram studio owner, was glared at and told, by a yoga teacher, “I hate Bikrams.”

It’s a case of a bad experience being cast on all teachers of the same style, of all teachers being judged because the guy at the top is, let’s say…a tad volatile. But in taking a different view of Bikram Yoga through a cost/benefit analysis, the validity of this practice becomes clear. Take into account all the people who have been exposed to the practice of yoga because they consider themselves “Type A,” and aren’t into gongs and OM, all the students who love their teachers and feel that the practice of Bikram Yoga has helped them find their connection with their bodies for the first time.

There are teachers who provide technically correct ways of contracting the quadricep to stabilize the knee joint, and teachers who force students to push their knees into hyperextension. There are teachers who encourage proper breathing and listening to your body, and there are those who just yell and dance on the podium with more regard for how their ass looks in the mirror than how present their students are at any given moment. There are excellent practitioners in any sector of industry, and there are those who just suck.

A bad experience with one doctor doesn’t make them all quacks.

Bikram Yoga has grown far beyond any one man, or any one style of teaching. There are things I doubt about it all the time. I see students sinking into their lumbar spine in half moon, over-stretching their shoulders in bow, collapsing into their tendons in toe stand…and I just gently correct and allow them to do with the correction as they please. They are their own master. And everyone will find these issues in every style of yoga.

When I finish my class and everyone comes out with their glowing, sweaty faces, it’s clear: the students don’t care about whether or not yoga competition is “right.” They don’t care about a lawsuit or 13 coming down on some dude in LA wearing a speedo. Most of them don’t even know Bikram is a dude, let alone one who wears a speedo.

They don’t care about the politics or the pragmatics. They care about how they feel when they walk out of that room. And those are some of the best parts of the job. Seeing the bodies transform and the corresponding confidence. Seeing the guy who came in grumpy leave with an awkward, goofy grin. Watching the lady who wants to lose 100 lbs come in, hell or high water, every day for 30 days, despite her kids and her job, and feel that victory when we hand her an inkjet diploma with her name on it.

I may not love Bikram; never really have, to be honest. But I love my students, and I love the yoga. For me—maybe not for everyone, but for me, the man and the yoga are completely separate. 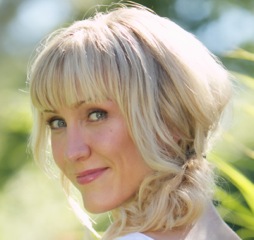