Join Waylon for a free training today at 11 a.m. MST: How to Become a (Slightly) Better Writer in One Hour (with Guided Writing Meditation). Save your spot here.

Join Waylon for a free training today at 11 a.m. MST: How to Become a (Slightly) Better Writer in One Hour (with Guided Writing Meditation). Save your spot here.

Which oils are indicated as healthy cooking options by research and which are downright unhealthy?

When it comes to cooking, some oils can take the heat better than others and the results may surprise you!

Before I dish about cooking oils’ angelic and dirty deets, it’s essential to understand some basics about fats. First, all oils are fats, and are always comprised of a mix of both saturated and unsaturated fats.

Grapeseed oil, on the other hand, is classified as an unsaturated fat, specifically a PUFA. This is because it contains mostly PUFA, some MUFA, and very little saturated fat.

The difference between saturated and unsaturated fats:

The molecular structure of unsaturated fats makes them most prone to damage from light, heat, and oxygen. When damaged, these fats oxidize. Oxidation is the process of going rancid, which creates free radicals. Among their many undesirable effects, free radicals damage cells, and promote aging, cancer risk, and build-up of arterial plaque.

The unsaturated fat most prone to oxidation is PUFA, making it the fat we most want to avoid cooking with.

A study published in The Lancet demonstrates:

1. Arterial plaque (the accumulation of which can lead to heart disease) is not composed of saturated fat, but of unsaturated fat (PUFA, along with MUFA).

2. Adipose tissue (stored fat, often located around the waistline, that is associated with heightened disease risk) largely consists of PUFA.

We want to avoid cooking with oils high in PUFA. The majority of high PUFA oils are derived from nuts and seeds.

These are all highly unstable oils and should be avoided for cooking yet most of these oils are rampantly marketed for cooking, but why?

It’s because, even if they’re organic, they’re still cheap to produce. The lower the production cost, the greater the pull for manufacturers to aggressively market a product in order to drive profits. We don’t call it the food industry for nothin’.

Granted, oils like flax, chia, hemp and walnut are not often suggested for cooking, though occasional suggestions do crop up. More commonly found are suggestions to bake with the oils’ food-sources, like flax meal (ground flax seeds). Talk about oxidation city! In any case, these oils should be limited to small amounts even when unheated because they, too, negatively affect plaque levels.

The Lancet study, mentioned earlier, also found omega-3 polyunsaturated fatty acids to be largely responsible for plaque formation. This is because omega-3 PUFA is the most unstable variety of PUFA, and the most unstable of all unsaturated fatty acids (PUFA and MUFA). This nutritional biochemistry fact sharply calls into question the extent of flax, chia, hemp and walnut oils’ “healthy” status.

Make no mistake: all fats are necessary, but we don’t need as much of some as we do of others. We need less unsaturated fats. We need more saturated fat.

As I repeat like a broken record in my book: the most stable fat is saturated fat. Followed by monounsaturated fat (MUFA) and then polyunsaturated fat (PUFA). The results of The Lancet study support this sequence.

Just because MUFA outranks PUFA in terms of stability doesn’t mean you should go to town with it for cooking, or even for eating. Remember: MUFA is an unsaturated fat, so it is incapable of providing the healthy high levels of stability that saturated fats do. Research suggests an association between MUFA and arterial plaque formation. (2)

Eat smaller portions of MUFA oils and add these oils to food after it’s been cooked.

Technically, you can cook with MUFA if you steer clear of high temperatures, however, that’s the range most people tend to cook in. This is one reason I am opposed to the recent trend of using copious amounts of almond flour/meal in grain-free alternative recipes (there are better options!)

Personally, the only times I cook with MUFA oils, like olive oil, are the rare occasions when I run out of my high-saturated fat cooking oils and fats (I’m talkin’ tub-size.)

Make sure to only buy varieties of MUFA oils that are cold-pressed, as close to extra virgin as possible, and come in dark-tinted glass bottles. Keep bottles tightly sealed.

I constantly run across the likes of roasted nut oils, and oils stored in clear plastic or glass bottles—which means the unsaturated oils have already been exposed to light, high heat and/or chemical-ridden plastics, and are therefore damaged.

Steer clear of these cooking-oil duds!

Cook with oils that are mostly saturated fat because it is the most stable kind of fat in existence. Not only is it safe to cook with but it also protects food from free radical damage. Talk about a win-win!

Do your body a favor: stick with saturated fat for cooking. 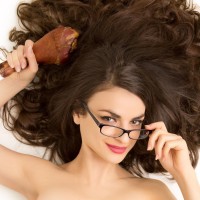 JOIN WAYLON FOR A FREE training today at 11 a.m. mst.