As October came to a close, so began the plague of 2013 in my home.

It started as an annoying cold with a runny nose and slight cough. Then along came the flu, some other sort of virus, and as of mid-December, the month has ended with the almighty stomach bug. My three year old woke up around midnight, rolled around on his bedroom floor and begged us to make his tummy feel better.

The worst part was getting him past the throwing up part. He was so horrified by the process, but okay, who isn’t? He threw up twice, was completely hysterical, but we got off easy. We waited for our turn—after 24 hours it never came.

Fast forward five days. I woke up and the smell of coffee made me sick. Coffee, my closest companion, and first kiss in the morning. Oh no. Commence vomiting, shakiness, headache, back pain, more vomiting—and leaving my husband on kid duty.

The strangest part about the stomach bug is the state of mind it puts you in—it’s like a twilight state, like you’ve been put under for surgery, but it didn’t quite put you all the way under.

Normally, I would criticize my husband about all the things he was doing wrong with the kids. In those moments, he could have been teaching them to juggle knifes and I wouldn’t have cared. Between my trips to the bathroom and coming in and out of consciousness, I could hear the faint sounds of chaos coming from downstairs.

At one point, I heard a pizza being delivered at the door and my son demanding more soda. More soda, I thought—that’s not supposed to be happening. Too weak, I slipped away again.

The best part was every so often, my husband brought me our four month old so I could feed him. Breastfeeding with a stomach bug—well, I actually have no words for how awful that was for all parties involved.

My son would come upstairs, every so often and question me. Over and over, he wanted me to confirm I was sick and that I was staying in my room all day. I have no room for guilt when I feel that awful—sorry kiddo, you have to settle for pizza and soda. Visions of his upcoming dental appointment flashed in my head.

Around what I want to say was late afternoon, I felt the familiar pull of the covers and the hurried breath of a three year old.

I could tell he had my iPad because I heard the sound of his small finger swiping it open. He was playing Subway Surfers by the sound of the music. He calls it Temple Run, but it’s actually Subway Surfers because he’s too scared of Temple Run. How cute I thought. Then I felt his small hand on mine. He was rubbing my hand while playing his game on the iPad.

Not even giving it a second thought, I felt this a genuine act of love. My wild guy (the little dictator as we sometimes call) him was letting me know he was there for me without saying a word. I opened one eye and looked at him, took a mental picture, and drifted off again.

By three in the morning, I could hear my husband throwing up. He came into bed and apologized for anything negative he had said to me that day. Tag, you’re it.

So the next day was my turn.

Back on with the kids and play nurse to my husband. I shoveled the driveway from the snow we had gotten overnight, then I took the kids with me to the grocery store to stock up on ginger ale and chicken soup.

There is always something to be learned through any tough experience.

First, there are many people who are sick, and don’t get to recover. I am thankful that my family has been blessed with recovery.

Second, I am raising a compassionate son. The mental picture that I took of my son rubbing my hand was still with me

A person can be many things—some good and some needing improvement. To have compassion and empathize with others in pain or sadness is something to be proud of.

So for whatever sickness hits us, we are ready.

Armed with ginger ale, Lysol, and most importantly, compassion. 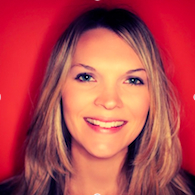