In & Out of the Queer Closet. ~ Amelia Edelman 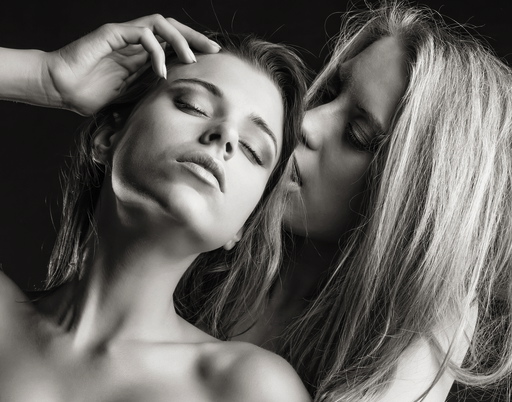 I don’t. The closest I ever came to “coming out” was phoning my mom from college to rattle off a laundry list of the week’s happenings, “Hey Ma, I got an A on my Gauguin paper, my friends and I got written up for trying to climb the Philosophy building; and I hooked up with a girl last night!” Her cheerful response was, “Awesome news! But are you eating enough?” Having been raised by neo-hippies, it took me quite a while to realize what “closets” even were, and even longer to understand how painful they could be.

The fantastic Ash Beckham recently issued a clarion call for coming-out-of-closets, whether that closet is secrecy about your sexuality, your finances or your health. As Ash explains, a “closet” is nothing more than a difficult conversation—and “a closet is no place for a person to truly live.” She describes her adorable confrontation with a four-year-old who quizzed her about her gender expression, and it turned out that the kid would have accepted Ash regardless of her response. The moral of the story: Ash’s dark, fearful closet of secrecy was entirely self-created. But what about when the closet comes as a surprise?

What if we’re happily living our closet-free lives and someone shows up to shove us into one?

I am a perfect example of the closet-free life.

I’m lucky enough to have grown up in all-accepting New York City and to live here now as a queer woman in 2012, with gay marriage finally legal and widely celebrated. I’m also lucky enough to have friends and family members who love me for who I am, no matter how inconvenient or messy my identity. And yet the cracks in even this tiny, inclusive section of society are everywhere.

When I began experimenting with women in my late teens, my close lesbian friend would shake her head disparagingly, “You straight girls steal all the good ones,” she’d say. The first woman I actually wanted to date recorded a song with the line, “You’ve got a lot of dykey qualities for a straight girl,” and I tried to convince myself that wasn’t some sort of insult. When I finally fell, helplessly and hopelessly, in love with a woman who returned my feelings, she made a joke about “sexuality tourism” and noted that she—unlike me, supposedly—had “the very real capacity to fall in love with women.”

Relationships and identity politics are endlessly complicated, and these women had every right to be cautious; I have, after all, been with many more men than women. But how many strikes before you’re—pun intended—out? How many loves and likes and kisses and tears does it take before people stop doubting the authenticity of your feelings?

In this country, we’re used to the heterosexual majority being uncomfortable with sexual changeability and queerness; in fact, we’ve come to expect this, even as we have become more comfortable fighting it. But oddly enough, I have never been criticized by my straight friends and family members for my relationships (whether meaningful or fleeting) with women.

So why is it that the only people who go out of their way to attack my sexuality are other queer people?

I’m not talking hate crimes here, these are good people who would never go beyond an eye roll or one of those disheartening comments I mentioned above. But now that I’m in a serious romantic relationship (not to mention a legal civil partnership) with a man, it’s worse than ever. I went to a queer event recently and calmly endured a barrage of comments:

“Who brought the straight girl?”
“That one lives with a dude.”
“She’s never even had a long-term girlfriend.”
“She’s basically married.”

I get it; I was never “out” enough to begin with, and by choosing a man as a partner, I’ve proven myself unworthy of being “out” at all—so people want me to get back in.

I can’t say this enough: everyone’s sexuality is different, and the way we inhabit our sexualities varies as well. I have a bisexual friend who is currently dating a woman, and she’s perfectly happy to let her “straight side” fall away. People see them together and assume she’s a lesbian–and she’s fine with it. I only wish it were that easy for me, although I realize that I’m making things more difficult for myself by refusing to just give up, shut up, and “be straight.” On the contrary, being committed to my male partner has made me even more intent on continuing to participate in the queer community. For me, this is as logical a conclusion as when I joined a French-speaking group when I moved back to New York from Paris. It’s because these were parts of me—are parts of me—that I don’t want to forget.

I recently spoke with a friend who began her first relationship with another woman a year and a half ago. Lee is in her forties and had enjoyed fulfilling relationships with men for years, but (again, bless you New York City) nobody questioned her mid-life label-shift from “straight” to “other.” But then came the family members; Lee’s relatives started coming out of the woodwork and trying to shove her into a closet she was never in. “Oh, I get it, you were a lesbian all along!” they said, despite Lee’s assertions that she had indeed been in love with her ex-husband and other men.

Lee found herself having the same seemingly obvious, unnecessary, exhausting conversations over and over again—and making no headway. She found herself deeply offended by people who congratulated her on “coming out,” as if her previous relationships had been a lie—as if they had been a closet.

Lately, actress Maria Bello has been enduring this on a much more public level as the tabloids continue to reductively interpret her brave announcement of her first and only relationship with a woman as, “Maria Bello is GAY!” The media leaves no room for nuance or fluidity; they might as well have the headline read, “Maria Bello Comes Out of Closet, But if She Ever Dates A Man Again That Means She’s Back In!”

Unfortunately, this in-or-out narrative of closet imposition is experienced by so many of us queer, bisexual, fluid, and otherwise questionably labeled individuals.

Our predicament is in no way worse than or even as difficult as that of gay people. I was lucky enough to never go through the epic battle that coming out so often entails. My parents never had to “learn to accept” me; they accepted me without question. I never kept my feelings secret.

My teen years weren’t marred by silent struggle; for me, any high school bullying or drama I endured was largely unrelated to sexuality. After all, I was kissing boys like I was supposed to. When beautiful, tumultuous, deep or superficial relationships with women did enter my life, I happily slid into them without much fanfare. But all of my relationships have one thing in common–they were real, and for however long they lasted, they felt right.

There are plenty of people in the world for whom loving someone of a certain sex has been a years-long fight, men and women who have endured the real burdens and shame of coming out of the closet; I am not one of them. On one hand, people like Lee and I have had a much easier time. On the other hand, our experiences and identities are more fragile because we’re told that we will never belong—not on one side or the other.

Perhaps the world is beginning to understand that many of our closets are self-created and unnecessary.

Perhaps, with the help of Ash Beckham, Maria Bello and others who speak out about changeable sexual identities and the universality of difficult conversations, we’re making slow progress towards a closet-free society. But although “coming out” is certainly a triumph, it’s also a small victory to be confident and open-minded and loved and lucky enough to never enter a closet in the first place.

So let’s all do each other a favor and stop trying to put each other back in—because a closet is no place for a person to live.