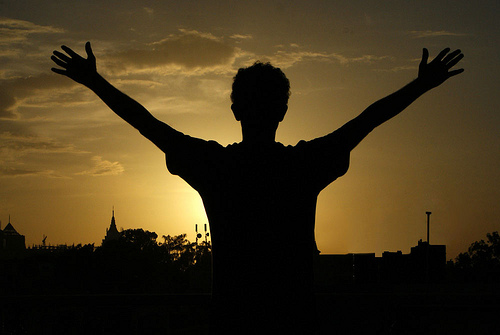 “Freedom’s just another word for nothin’ left to lose…”

I’ve always had to balance two things in my head: my deep and secret belief that I am special and can’t live by ordinary rules, and my sense that The Real World requires of us conventional behavior, mortgages, IRAs, “progressive job success” and things like that. Except for geniuses and those with astonishing gifts, the spoils go to the reliable, the pragmatic and the solid.

I am what I am, and what I am is an eccentric, creative and hypersensitive creature who hates convention but is equally terrified of judgment. My brother once said “Ann not only thinks outside the box; she doesn’t even know where the box is.”

Which is true, except that I actually do know where the box is, I just don’t want to go in there.

If you know about this stuff, it will make things clearer if I reveal that my Enneagram number is 4 (“The Sensitive, Withdrawn Type: Expressive, Dramatic, Self-Absorbed, and Temperamental) and my Meyers-Briggs type is INFP (along with other cheerful folk like Virginia Woolf, Kurt Cobain and Vincent Van Gogh).

The world was never meant for one as beautiful as me.

But I learned how to “pass,” years ago, and I’ve mostly been good at it. Every time I did something normal people were supposed to do, I felt a little safer, a little surer that I was not, in fact, going to end up dying alone, living in a box or walking into the water with pockets full of stones. I got a law degree, I got married, I had a kid, we bought a house, we paid our bills, I was a PTA President and a soccer coach, I went back to work…all the stuff you’re supposed to do.

Then my husband lost his job, and I went into a kind of free fall. I still had the husband and the kid, but everything else “normal” was on the line.

Could we keep the house? The health insurance was gone. How would we make car payments? Pay the other bills? Have Christmas? Buy dog food? Would we ever be able to go to the movies again, or order a pizza?

It felt like a kind of exposure, a public statement that we were not as good and careful as other people who were planning vacations and buying new skis. I thought it was probably my fault. If I worked full time instead of part time, if I still practiced law (which I hated with a passion), if I’d been a more supportive wife, it wouldn’t have happened. We’d have more money. We’d have thousands in the bank and just “cut back a little” while we looked for something new.

And I believed that because it happened we were going to lose everything, and all the things I had feared forever were going to happen. Just because I hadn’t corrected my true nature hard enough, worked hard enough, earned enough, kept the grout clean, bought fluoride rinse, made my son go to Sunday school and cello lessons.

We were, in fact, going to live in a box, or our car, and all my creative bullshit would be the reason. People would look at us and say “his wife had a law degree, for God’s sakes, if she’d gotten a real job instead of screwing around writing blog posts and reading poetry, they wouldn’t be living in a box.”

Last night, I made myself face the fear. I imagined the worst, everything going as badly as it possibly could. I catalogued every negative remark anyone had made: “There are no jobs in Michigan,” “It took me five years to find a job after I got fired,” “people over 50 just don’t get hired these days.” Stuff like that.

I imagined a progression: first we would both look for jobs for a year and still not have enough income, even after cutting back on everything we could possibly give up. The unemployment would run out. Then we would cash in our retirement. Then we would lose the house, move in with my father, apply for food stamps, sell valuables and maybe find work as Wal-Mart greeters or temps. (Although I can’t type).

I felt my throat get tighter, and my muscles tense as I pictured a post-apocalyptic version of my life. All safety gone, all familiar comforts gone, all creative life over in the face of getting by. Surviving.

And then, I laughed, not because I’m crazy (although I totally am) but because it felt so light all of a sudden, that image of no stuff, no keeping up with the Joneses, just our physical selves and love.

There would be nothing left to lose.

There would be freedom.

It would not impress anyone, it would never be on HGTV, people would talk, but there we’d be, the three of us (and dogs and cats) living together in a big box, and loving each other and helping each other and creating, really, everything from scratch any way we wanted because there was nothing left to lose.

So I know we’re going to be okay, it’s just that “okay” is going to have to be different than we expected. We’ll do what we can, do what we must, and we’ll be willing to lay down our arms in the battle to get more money and newer stuff. I’ll remind myself a hundred times a day that this is not all my fault, and that for a hypersensitive crazy person I’ve actually done pretty well – partly because of my hypersensitivity and craziness.

Most important, I’m going to keep a snapshot of us available for moments of panic:  my husband, my son and me stripped bare (or maybe tastefully draped) starting over together.

We aren’t weeping in the picture, and we aren’t regretful. I think we’re feeling a little exhilaration at the infinite possibilities in front of us.

Well, and the extravagant love.