The Myth of Everyone Else’s Perfect Life. 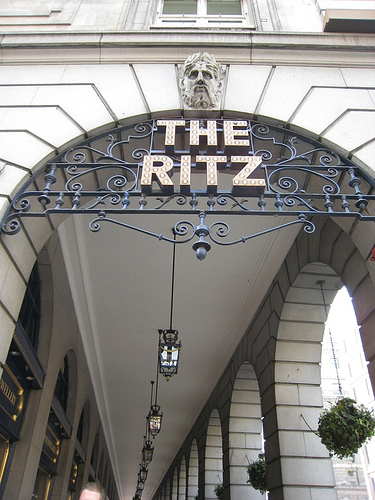 “Comparison is the death of joy.”

I am not, as a general rule, an envious person. (Well, at least not about possessions and status—I used to get pretty insanely jealous when somebody else got the somebody I wanted). About most things, though, I’ve just never been that way.

I have also been smug and superior about people who honestly expressed their feelings of being “less than” because of what someone else had, did or looked like. I have told them airily that I didn’t care about how great everyone’s life looked on Facebook, or how many vacations other people were taking, or how perfect their families looked in posed pictures.

“It doesn’t mean they’re happy,” I would say. “It just means they can afford to go skiing and stay in a chalet and eat at a different restaurant every night.” Which, while probably true, had the effect of making the honest confessor feel immediately judged and silenced.

Being, as I am, all enlightened and shit, I was sure I was seeing past all that surface stuff, satisfied with what I had. “I have enough” I would say to myself, just a little tingly because I suspected that I was spiritually superior to the folks buying plane tickets, booking hotels, eating out regularly, and buying hardback books. I, after all, know how to turn cheap, tough meat into silk and make wrapping paper out of grocery bags.

Plus, we really are better off than most people in this world. We have a roof over our heads, indoor plumbing, a working automobile and enough to eat. Even when I wasn’t being all smug and superior I knew that we actually did have enough, more than enough, and that yearning for more/different/better was a direct route to suffering.

But yesterday, a fiery meteor of Angry Bitter Jealousy passed through my brain and torched everything in its wake.

Maybe it came from exhaustion and stress. Probably it did. Whatever the reason, I found myself cataloguing injustices, inequities and unfairnesses. We have worked so hard, and done everything people are supposed to do, and it doesn’t matter.

There will, for the foreseeable future, be no new clothes, no organic produce, no lavish gifts, no spur-of-the-moment Kindle book purchases and no spontaneous evenings at the movie theater. For Valentine’s Day, my husband cleaned the kitchen floor and did the grocery shopping for me. For my birthday next month, if things remain as they are, I may ask him to clean the grout in the downstairs bathroom.

I stewed, there in the scorched landscape of my brain. I spun out my dull, hot fury into the future, imagining that we would be unable to plant the garden beds in front of the house in spring, or go to the Farmers Market and pick up some garlic scapes, kale and carrots to make something fresh and healthy.

Every other message in my Inbox was an advertisement, and I deleted them as if they were zombies after my tender brain—didn’t they know I was not going to buy shoes from Zappos, or yoga leggings, or bestsellers or chocolate-covered organic fruit from Oregon? I am saving change in a jar to keep gas in the car.

It couldn’t stay that way—I knew that. I was not only being un-mindful, but I was living entirely in a landscape of worry about an unknown future and anger about a lost past. I know better. At the very least, I have the ability to know better.

So I took a hot shower, lay down with a book (The Complete Sherlock Holmes, which always brings me comfort, for no apparent reason) and tried to find my way back to greener, gentler mental pastures. Not a Technicolor Oz; just a calm place to rest.

What happened was that I began to think about the people who “have” right now, the people whose good fortune and shiny happiness was chafing me raw. I realized that their happiness took nothing from me. I liked all of them, and loved some of them. I actually really want them to know the peace and joy of feeling good about their lives.

No matter what someone else has, the relationship, the beach house or the dewy glow of youth, it doesn’t make their life perfect. Everyone has sorrow, anxiety, something (or some things) that are just not right. Things that cost them sleep, bring their tears and push their emotional buttons. Even if they also have the thing we want so desperately.

I am resentful because we don’t have enough money right now, but I know many people who have more money than they know what to do with, but who are still desperately lonely, worried or lost. They are addicted, abandoned, or unable to find a path out of incredible grief.

I can’t make impulse purchases or take a vacation, but I have a husband who loves me, a beautiful, healthy child and a network of people who check in, pray for us, look for job leads and keep our spirits up. I couldn’t buy any of those things.

So, mostly, I’m back to my still, calm center.

And I’ve learned some things, which is often the silver lining after a minor psychotic break.

I’m done judging or dismissing anyone who is hurt by the contrast between Everyone Else’s Perfect Life and their own. Their feelings of deprivation and inadequacy are not a failing, or signs of insufficient enlightenment; it’s the human condition. That suffering calls out not for judgment but for love.

I’m also, maybe done with Facebook for a while. It’s always been a pretty positive thing for me, it is presently a minefield of surface without substance in which I feel the thorn pricks but smell no roses. We’ll see about that, but for now maybe a break.

After all, I have a clean kitchen floor, a three-day weekend, Sherlock, and this, which was the icing on the cake. (You should really take a look).