Anita Hill: Why I Believed Her Then, & Would Like to Thank Her Now. ~ Mary Tribble 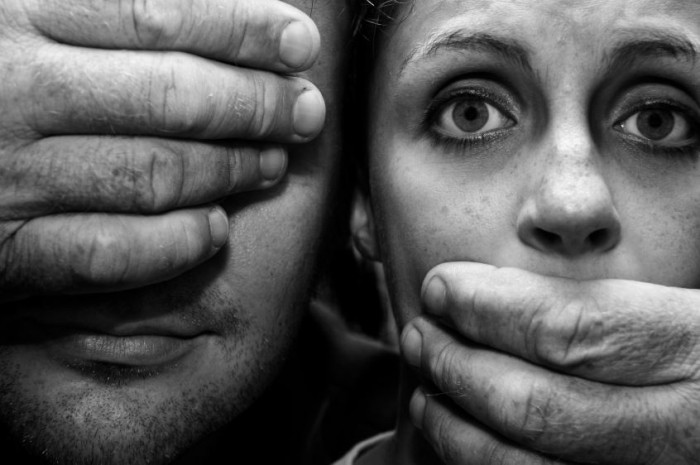 In October 1991, I had not yet turned 30. Diligently running my fledgling company, I paid little attention to politics at the time. I was trying to make a name for myself, chasing success and positive cash flow. I watched the news more to keep up with conversations at pitch meetings, rather than to form my own opinions about the world around me.

I had half-heartedly followed the events of the Gulf War and was vaguely aware that some Governor from Arkansas planned to run for President the following year. I knew that President Bush had nominated a guy named Clarence Thomas to the Supreme Court, and he was likely to be confirmed. Other than that, I was hunkered down trying to keep my business going through the first recession of my career.

Then Anita Hill started talking—she got my attention.

Most people of a certain age remember the passionate debate that arrived with her allegations of sexual misconduct when she worked with Clarence Thomas at the EEOC (U.S. Equal Employment Opportunity Commission). We remember the rancorous discussion, the chilling testimony and the media flurry that surrounded her accusations.

By Hill’s account, Thomas’ harassment continued over a long period of time. It included inappropriate advances, repeated sexual innuendos and a very memorable pubic hair on can of Coke.

There were plenty of water cooler debates about the veracity of her reports—mostly from people who questioned why Hill didn’t leave her job if she felt so harassed.

I kept quiet, even as I knew.

Some years prior, before I opened my own business, I had lived it.

Unlike Thomas’ repeated offenses, my experience came out of nowhere. There were never any flirtatious or inappropriate remarks, no advances, no carbonated beverages ornamented with curly black hairs.

One day, I simply looked up from my desk to find my boss standing naked at my office door, inviting me to take a shower with him.

I remember, like it was yesterday, the shock, the horror and the humiliation that rushed in.

I yelled at him to put his clothes on, warned him never to do it again and left the office for a dark bar where I met a friend and raged for hours. I cried between bouts of incredulous laughter, marveling at the audacity my boss had displayed.

Making an inappropriate advance is one thing; doing it naked propelled him to a whole new level of misplaced bravado.

I spent the weekend sharing the story with a few close friends and working through the wild range of emotions that kept crashing in. I shook off the deep feelings of shame that came up, even while I went over and over in my mind what I must have done to make him feel I was available to him.

Then on Monday morning, I put some mascara on my tear-swollen eyes, went to the office and pretended nothing happened. Looking back, I find it amazing that my boss and I went about our work in that little office, neither of us so much as mentioning that day.

Even when I finally quit many months later, I didn’t bring it up.

I went on to open my business and began living my life. I never told anyone, other than those few close friends. I certainly didn’t report it—I didn’t have anyone of authority to go to, and I didn’t even know the term sexual harassment.

Why I didn’t leave right away is easy for me to answer: I was 23, living hand to mouth and had commissions coming to me. I needed time to figure out a plan. I wanted to make a career for myself without unwelcome trouble and I made it very clear to my boss that I wouldn’t tolerate that kind of behavior—he kept a wide berth.

What’s harder for me to answer is this: eight years later, when Anita Hill was being skewered by congress and grilled in the media, why didn’t I say anything then?

Why didn’t I enthusiastically defend her to my friends and associates? I knew exactly why she hadn’t spoken up at the time, and why she hadn’t left. All we had to do was watch the circus unfold when she came forward to know that telling wasn’t a safe route to take.

The deal is, if I were to confidently assure someone she was telling the truth, I would have to tell mine.

I wasn’t ready to do that.

In the years since my boss dropped his drawers, I’ve been uncharacteristically mum about what happened. While I’ve found my voice on many social and political fronts, I still carry an undeserved and inexplicable nugget of shame about that day. So much so, that after I saw my old boss some 15 years later, those feelings of weakness and humiliation caused me to break down into uncontrollable sobs.

I can’t imagine the courage it took for Anita to step up and tell her story in 1991.

It’s a courage I couldn’t muster, even many years later. However today, because of Anita Hill, our cultural reference has changed. The fallout of her testimony gave women and men the ability to speak out when someone uses their power to commit indignities in the workplace.

I believed Anita Hill then, and I would like to thank her now.