Awakening Through the Power of Sleep. ~ Michelle Mattern 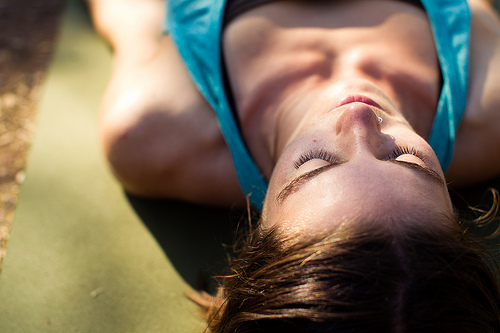 “Sleep is the vibrational mode which is supported by the absence of objective awareness.” ~ Yoga Sutras of Patanjali 1.10

Yoga nidra is the union of sleep with a trace of awareness. At the time, I was in my first yoga teacher training and it was incorporated in to our training.

My teacher was trained at the Bihar School of Yoga in India. The School was founded by the great honorable mystic, Swami Satyananda Saraswati, who also brought yoga nidra into mainstream practice.

Swami Satyanda Saraswati founded this practice in the 1960’s. At this time, part of his duty as a Swami was to stand guard over the  school. He was to stay awake all night to guard the school while the archarya (guru/teacher) was away. At three am he would fall asleep, and at six am return to the ashram.

The boys got up at four am  to bathe and chant sanskrit prayers. Because he was asleep, he never heard them. Then later on, the boys would chant the prayers, and as they did, Swami Satyanda Saraswati found that he could recall all of the chants.

But here’s the thing: he was certain that he had never heard, read or written them before.

So he asked the boys’ guru if he could explain the meaning of this. What the guru told him changed his entire outlook on life. The guru said “that the feeling of familiarity was not at all surprising,” because his subtle body had heard the boys chanting the same mantras many times while he was sleeping in the school.

This was a great revelation for Swami Satyanda Sarahswati, as he knew then that knowledge is not only transmitted directly through the senses, but that one can gain direct knowledge without any sensory medium as well.

He began to research ancient tantric text, which lead to the birth of yoga nidra.

The practice brings us into the awareness of five prana (energy) layers through monologues that the teacher recites in rotation as your guided into a subconscious state. It touches on all the layers known in yoga as koshas: the food or material body (annamaya kosha), the vital energy body (pranamaya kosha), the mental body (manomaya kosha), the intuitive body (Vijnanamaya kosha), and the transcental or blissful body (Anandamaya kosha).

I was grateful to travel to India to study yoga nidra. There, I learned the true essence of bhakti yoga, and the union of love and devotion.

My experience with yoga nidra was relaxing and deep.

When I came back from India, my life had changed dramatically starting with the death of my parents within two weeks of each other. Everything started to spiral.

I went back to teaching yoga within a month, and it helped me through my pain, as I was able to offer hope to others.

Although I still felt the heaviness of the loss of my parents, going through their home until we could sell it made things hard to comprehend.

Then what seemed like out of the blue my yoga nidra teacher sent me an email saying that she was doing a first of it’s kind yoga nidra type workshop.

The yoga nidra that she had been teaching for over ten years evolved with her studies on the brain introducing binaural sounds from research at the mayo clinic and others using new technology combined with ancient wisdom. We were the first group to be trained using binaural sounds through yoga nidra.

My first experience was with the binaural sound waves in the sub conscious state was powerful. I felt the heaviness of grief leave my body, grief which I had been carrying for over a year of my parents passing.

I gained a deep understanding of my own healing. It was so incredible that I wanted to teach it as soon as I could to help my students feel what I did.

By accessing the subconscious through yoga nidra with binaural sounds, I could not only heal my pain but access creative visualization.

I realized that this was the way I could calm my mind in order to fully create.

Since I’ve been teaching yoga nidra to my students, I’ve received plenty of positive feedback from my students.

Yoga Nidra truly awakened me and writing this article is inspired by all my great master teachers and students.

For me, ‘being the change’ is about sharing this ancient practice with those who also would like to experience for themselves. 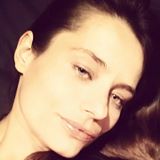