Why one of the Best Things in the World has been Illegal to Grow in the USA. 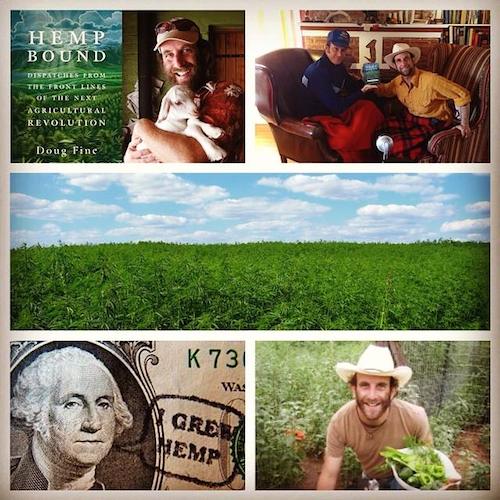 Before growing hemp was illegal the USDA encouraged farmers to growing it to support the war effort: 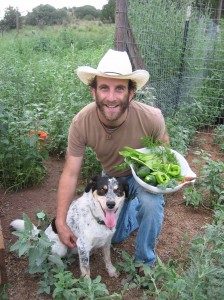 After being raised on Domino’s Pizza and Brady Bunch re-runs, Doug Fine’s method of journalistic investigation was to strap on a backpack and travel to five continents; to the nooks where the world’s then-monied media venues weren’t sending their people. The deciders at these venues tended to be delighted to have a whippersnapper beam back colorful dispatches for poorly-remunerated publication as long as he didn’t identify himself as an employee of said venues. Complicated insurance ramifications for torture treatment might ensue.

As a young freelancer, Fine reported in this manner for theWashington Post, Salon, U.S. News and World Report, Sierra, Wired, Outside, National Public Radio, and other venues from little-visited jungle war zones like Burma, Rwanda, Laos, Guatemala and Tajikistan. He became a world-class adventure writer and investigative journalist, writing culturally insightful and funny dispatches. One of these, about democracy efforts in Burma, was read into the U.S. Congressional Record.

During this time, his 20s, Fine recognized that he lived on an actual planet, and that he felt most alive while living and loving in wild ecosystems. Following this impulse in contradiction to all the suburban values with which he was raised (which can be summarized as, “if you’re not going to be a doctor, you can at least be a lawyer”), he moved to extreme rural Alaska to see if a former suburbanite could survive away from Costco. Happiness and self-awareness were the goals. This resulted in his award-nominated first book, Not Really An Alaskan Mountain Man, a wildly humorous and meaningful adventure narrative, which is now in its third printing.

Realizing that living in sync with his ecosystem is indeed where his own inspiration and personal happiness reside, Fine for his second book decided to embark on a “Hypocrisy Reduction Project,” to see if he could truly live a sustainable lifestyle, rather than borrowing from Babylon to live in an ecological Zion. He moved to an obscure valley in Southern New Mexico to write Farewell, My Subaru, to quite simply examine whether a Digital Age Human can live without Petroleum but without giving up any of his Digital Age Comforts. His conclusion? He can, once he figures out how to keep the coyotes from eating his chickens, his solar panels from electrocuting him, his goats from outsmarting him, and his vegetable oil truck exhaust from giving him a bad case of the munchies (it smells like Kung Pao chicken).

Farewell, My Subaru has been translated into Chinese and Korean, and garnered Fine his first appearance on The Tonight Show and CNN. Now in its seventh printing, it debuted on the Boston Globe Bestseller List in September, 2009, earning comparisons to Bill Bryson and Douglas Adams.

In 2011, Fine turned his attention to America’s 40 Year-Old War on Drugs. Coming at it from a both an economic and a sustainability angle, he bumped the vegetable oil-powered truck into the cannabis fields of Northern California, some of them third generation farms that are as old as the war itself. There, following some near-misses with helicopters and profiling police cars (vegetable oil-powered trucks aroused suspicions on a freeway), he found one remote county that had legalized, regulated and taxed the cultivation of the cannabis plant.

In the resulting Too High To Fail: Cannabis and the New Green Economic Revolution (Penguin/Gotham, August, 2012), Fine, in what can now be called his usual wild, hysterical fashion, and with typically impeccable investigative journalistic result, extrapolated a model for the multibillion-dollar legal, cartel-crippling economy that can result when the failed Drug War is finally called off and cannabis is regulated like alcohol in North America. As the local Sheriff puts it, “The plant isn’t going away. We can tax it, or we can let the drug lords make the profits.”

Too High to Fail immediately appeared on bestseller lists and has been glowingly reviewed from the New York Times to Outside.

It was while studying an obscure side of the cannabis plant (namely the discarded stalks) that Fine realized that industrial cannabis was likely to be a more valuable crop even than psychoactive cannabis. After researching the hemp industry worldwide for two years, his fourth book, Hemp Bound, was published one month after the US. Congress re-legalized hemp after 77 years. That book is being widely praised with Joel Salatin calling it “one of the most fun books you’ll ever read about the future of farming” and Willie Nelson declaring it “a blueprint for the future of America.”

Fine now travels around the world speaking about his sustainability realizations and his drug policy work, and is a regular contributor of adventure and investigative features to National Public Radio and many other venues. Despite all the accolades, he still milks his goats one teat at a time like all former suburbanite, neo-Rugged Individualist Organic Cowboys.

He enjoys drumming, spirit dancing, distance running, backpacking, rafting and kayaking, meditation, golf, singing at the top of his lungs, the art of conversation, the art of silence, and Frisbee on the beach.

A Brief History of Weed.

Subscribe to our weekly newsletter for our best blogs of the week, including our latest Walk the Talk Show.

For the first word on our new videos each week: subscribe to Walk the Talk Show. All videos free!

Hangout with elephant on Google+ every Monday, Wednesday & Friday at 12 noon MST.