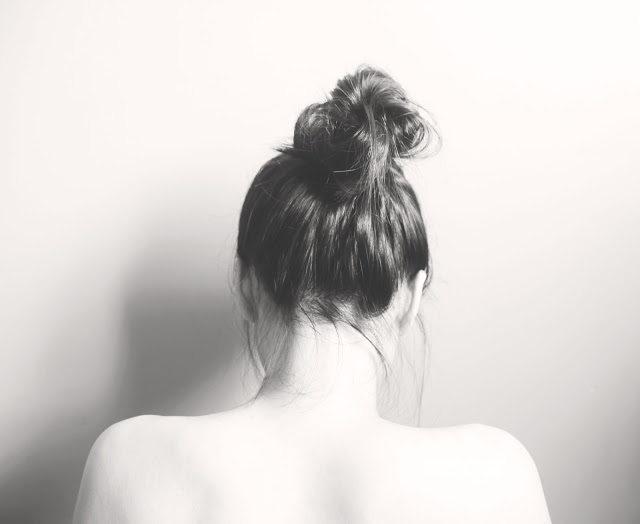 For those of us that have suffered from ovarian cysts, it’s likely that we’ve had invasive testing and have been bounced around, feeling hopeless and disoriented by the medical system.

As a practitioner I strongly advocate a dietary change, but there is one aspect that isn’t commonly spoken of when it comes to cysts, and that’s emotions; particularly anxiety.

Before I go any further, let me give you some background on my personal experience on the subject:

My case with ovarian cysts wasn’t exactly common. In fact, I didn’t even realize I had them until I suddenly felt a stabbing pain and my abdomen began to swell up. I was rushed to the hospital, where they performed an emergency surgery because a cyst had ruptured and tore off a piece of my right ovary and caused me to hemorrhage internally.

What lead up to that moment wasn’t just about my dietary choices, but also my emotional ones—specifically repressed anxiety.

At the time of my cystic adventure, I was involved in a relationship that deep down I wanted out of. Like many women, I stayed because I thought it would get better, or maybe I’d actually start loving him, but I didn’t. I could feel the anxiety well up, and I’d suppress those feelings with glasses of wine and sugar to make me feel better, but then I experienced sleepless nights just to drown my body with coffee the morning after.

I felt tightness in my chest, and for the love of God I needed my cardiac alarm bell to just stop thumping despite its plea for authenticity.

But I didn’t listen and I honestly believe that my emotions (particularly that anxiety) was what put me in hospital.

In Chinese medicine, there are three organ systems related to anxiety: the Heart, Spleen, and Kidneys. All of these organs play a role in the development of ovarian cysts.

The Chinese view anxiety as worry that has gotten out of control. Each organ system is associated with an emotion, and worry is the emotion associated with the Spleen. The Spleen is also your organ system of digestion. It sifts and sorts what you’ve eaten, takes what is useful, turns it into nutrients to fuel your body, and gets rid of what isn’t needed.

The problem is that if your digestion is weak, then your Spleen will produce dampness, and ovarian cysts are a form of congealed dampness in the body. While your Spleen primarily digests foods, it also plays a role in the sifting and sorting of ideas, and problems here are essentially the same as not being able to sort through and let go of unnecessary ideas.

Worry impairs our digestive system that can result in more dampness leading to an increased chance of developing cysts.

Understand this: worry is unhealthy rumination, and when it gets out of control, it develops into anxiety and fear.

While the Spleen is the organ of digestion, the Heart is the organ of feelings. We intuitively know that the Heart is an emotional organ.  We feel things with all our heart, have our heart broken, or thank someone from the bottom of our heart. The Heart is home to the Shen (the spirit) according to Chinese theory. Its function is similar to that of the brain in Western biomedicine. Whenever someone suffers from any kind of emotional upset or condition, such as anxiety like I had with my ovarian cysts, the Heart is always involved.

Finally, the Kidneys also play a role in anxiety in a couple of ways.

First, the emotion related to the Kidney is fear, which is the underlying component of anxiety.

The fear of being honest with myself during the time I had cysts had really plagued me. Secondly, understand that the Kidney is the deepest and most nourishing of our organs according to Chinese Medicine. When it is impaired so is its role of water metabolism. This makes it hard to metabolize and burn up the dampness, leading to an increased chance of developing ovarian cysts. The Kidneys are the organ system most damaged by stress and anxiety.

Certainly listen to that nagging inner voice. Even after my life-saving surgery, I still didn’t immediately change.

In fact, I stayed in that relationship until three months later when I was back in hospital with another ruptured cyst. It was clear to me then that my body was trying to communicate and this time I listened. Once I did, I felt lighter and happier, and have not had any reoccurring issues since.

If we can picture that our ovarian cysts are metaphorical speed bumps that our body develops, it’ll help us understand this concept even better. Essentially if our worry has developed into anxiety with that underpinning of fear, then the body will do everything in its power to make us slow down. So pay attention, and speak to a qualified practitioner because while our friends are there to support us, they’re also not our therapists.

Lastly, the biggest lesson I can share is that my ovarian cysts were not only my gurus but also ultimately one of the greatest blessings I could have received: they forced me to change, and finally live authentically.

So, what are you holding onto? And what changes could you make to truly live authentically?