5 Ways Steve Jobs Transformed My Life into an iLife. 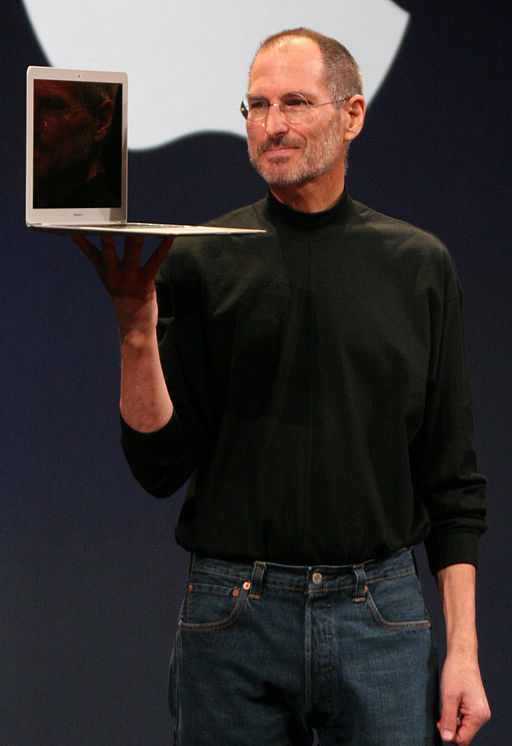 True Story: It took me two and a half long months to get through the Steve Jobs biography.

The library finally had to tell me “no masse” on checking out the book anymore. I wasn’t languishing in the world that he created, hanging with the ecstatic joy of a new found follower to a religion. It’s because he came across as a manic depressive control freak.

Like, I’m not sure I would have responded well to his management style. I was viscerally upset and felt betrayed; how could this genius who has changed how the planet communicates and operates have been a Napoleonic dictator? How do I resolve that he was not only a 21st Century leader, embracing collaboration, creativity, critical thinking and communication, but also a prickly, moody leader? How could he have abandoned his daughter after he himself was adopted and had serious abandonment issues himself? Perhaps the question is: how could he not have?

Chances are very likely that you’re reading this on an Apple device right now…everything before Steve feels like ancient history.

He’s like the lover by whom I measure time: Before Steve/After Steve.

Just in the course of today, he’s influenced my life:

So now, what if I apply his way of thinking to my life? Apply his passion for making a great product, not just a profitable one. Pay attention to intrinsic greatness vs. making the almighty dollar? What happens?

Reality Distortion: The Best Way to Predict the Future is to Invent It!

Steve Jobs radically distorted view of the world changed everything. Jobs played by his own set of rules.  It came from willfully defying reality, not only to others but to himself. He would give them a glimpse of what he saw and they would walk out of a meeting, ready to tackle the task at hand and having no idea how to do it.

What if I had totally out of the box thinking and didn’t allow what I know to decide what was to be? That the way I think about something doesn’t confine it, that it could mean something completely different? That I don’t just settle for what is, but continually ask questions and inquire into what’s possible. What if I was the prickly boss/friend/lover that was frank enough to look myself in the mirror after six months, maybe two years, heck, twenty years of getting by and say, “I don’t love it.  I need to trash this and start over.”

Apple products are so appealing because their design is simple, spare and intuitive. Jobs’ design aesthetic was influenced by the California Modern Eichler homes of San Rafael, Terra Linda and where he grew up, as well as the spare and functional design of Bauhaus.

To be simple is in direct conflict with my belief that smart people and smart things are complicated…smart people are not…simple. Are they? A hallmark of passionate craftsmanship is making sure that even the aspects that will remain hidden are done beautifully. To have design simplicity does not mean I am simple, it means there has been a lot of thought and scrutiny into how I work, how I operate in this world.

What if I went for beautiful design and tied together the lovely intricate depth of my feelings, breadth of my thoughts and the physicality that also is me? What if I quit separating them, as if they were a myriad of separate parts that occasionally overlapped but were often isolated from each other?

What if I were one integrated system without an on and off switch because it’s not necessary and is in direct conflict with design simplicity? You don’t really power on or off, energy goes where attention flows. And what if, just like the apps on the phone, all of the material things in my life were finally distinguished as “not me”?

I can surf through all the beautiful “apps” in my life and know that they are not the essence of me, although they may have been built from that very essence.

Fire all the Non-A Types of Behavior.

I’m not referring to A-personality types; I’m talking about doing what’s right, even when it’s inconvenient.  In Steve Jobs world, there was a great polarity between gods and shitheads.  (His words, not mine.) These categories weren’t immutable, Jobs could rapidly reverse himself.  He was demoralizing yet inspiring.

What if I break apart my personal life, and rather than telling myself that I can’t do something or change something because I have a mortgage, two sons, a marriage, a broken nail, a head ache, a lazy eye…what if I didn’t operate from “that’s the way it’s always been done?” and paid attention to what my heart was saying?

What if I wasn’t everyone’s friend because that was never my intention; my intention was to go for what’s best and to demand the best, and if I step on a few toes, well, apologize but don’t let that stop me.  What if I fire all of the non-A types of behavior that have snuck up on me over the years, that all B-player “just getting by” or “well, it’s not right but it’ll do” behavior is fired? What would happen if I wasn’t nice about it?

What if I understood that I was changing the world? Steve Jobs asked John Scully if we wanted to continue to sell sugar water or if he wanted to change the world. The changes we’re capable of will never come into effect if we’re soft and nice and allow the little sins, the small losses of integrity to fly. Don’t be easy here. You’ll never be your best if you’re constantly giving yourself permission for something less than best.

What if I was bold enough to be a fearless leader who could get fired, who got fired, who didn’t define my self worth by my losses but knew that these were just a stepping stone to a greater good? Steve Jobs was fired from the company he started when he was 30.

A college dropout, he decided to take only the classes that interested him, such as the much talked about course on fonts that helped shape the user interface of the Macintosh. He was adopted. He didn’t allow any preconceived thinking to define who he was or what he did. He combined the Horatio Alger story with the Hippie counter-culture. He encouraged students at Stanford to get experienced: “How many of you have dropped acid? How many of you are still virgins?”

Steve said, “Customers don’t know what they want until we’ve shown them.” What I hear is:  we know what they want, because we are all one.  We know what we want. Don’t be lazy, go create it. Don’t look outside yourself for answers.  Let your environment inform you, then go get busy. 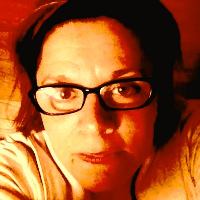 Joni Kalstrup is a lover of great stories, craft beer and gourmet food, Joni’s happy to reconnect with her muse once again.She loves finding the true—and when needed—th… Read full bio