I signed up on a semi-whim; after a brief Google search I registered for training at a Baptiste studio in Jacksonville, the first program that was available to me. I was nearing the deadline to apply so I spent a whirlwind 24 hours making phone calls, securing funding and filling out paperwork. After submitting the application I had some time to process the decision I had just made (I know, that’s usually something people do on the front-end of a major decision).

I almost immediately suffered a bit of a meltdown. It started to hit me that I had only been practicing yoga for less than a year (inconsistently at best) to Ultimate Yogi 108 videos on my bedroom floor. I also found out about an hour after signing up when I called a friend to rejoice, that Baptiste yoga was hot yoga. WTF?!?!

I had never even taken a studio class, let alone done hot yoga. Well, that’s not entirely true. I tried to do 108 sun salutations on my back porch one steamy Georgia morning. By the time I did about twenty-seven of those I was drenched and sticky and miserable and decided to fuck-that-shit and went inside. I laid under my ceiling fan with the AC on high. I was sure I was dying. It had only been about 80 degrees at the time so when my friend said Baptiste yogis practice at 90 degrees (on purpose) I started to think maybe I’d made a mistake.

I decided to stick with it though, mostly out of pride (I had already updated my Facebook status, after all,) and I went into the first weekend sure that my biggest challenges would be catching up with everyone (these would be real yogis after all, and I’d joined two months late). I was sure the others had been doing all that yoga (12-15 hours a weekend at least) and not passing out in the heat. I wish those preconceived thoughts had been the biggest challenges.

It turned out my biggest challenge was my pride.

Baptiste Power Vinyasa is very holistic because it focuses on the entire person: not just on asana. The teacher training was remarkably intense not just physically, but emotionally, mentally, and spiritually as well. Probably the most important goal of this specific teacher training was to encourage and generate authenticity, which meant learning to identify the masks we all wear every day, bringing awareness to who we are being for ourselves and others and peeling away those things that are not real to expose what is true and genuine. There is an extreme focus on meditation and self-inquiry and when they ask for 100% commitment: They mean it.

This showed up for me in a really big way in November. We were about halfway through the program and on a break in between weekends. I was packing for a Thanksgiving trip to Michigan with my family, standing in my kitchen making salsa for the drive. My brain was in about a million places trying to listen for the kids playing outside, watch the clock so we could get on the road at a decent time, run through a checklist of everything we had to do. I was just caught up with being busy.

I became aware and present in an instant, as I drove the serrated knife in my right hand all the way through the pit and flesh of the avocado in my left hand and into my left index finger and almost all the way out the other side.

All of my senses were totally overwhelmed with pain and then the entire hand went numb. I was sure I’d lost the finger, but I was terrified to look because I was afraid to pass out. I fixed my drishti on a still point to my right, engaged my ujjayi breath and used my right hand to feel for my finger on my left hand. It was still there, but soaked with blood, I assume. As calmly as I could, I walked in to the bedroom and got my husband’s attention and then I laid down on the bedroom floor and just for a moment I passed out.

Turned out I had tetanus, a pretty severe infection in the cut, and some significant nerve damage. The finger would still be useable but not the way it had been, at least, not for a while. The next weekend was a training weekend, and I just assumed I could not do yoga in this condition. When I emailed the studio to tell them I had to back out of the program, they wrote back and invited me to stay. They said that I could still get everything I needed to get out of the training no matter what condition my hand was in.

As for all the time we’d be spending on the mat, they reminded me that that’s what Child’s Pose is there for and all that mattered was that I showed up and got on the mat. I was so mad!

How could they expect me to practice like this? When I called my friend to tell her, hoping she’d validate my anger, she compassionately said, “Maybe this is your yoga. Some of the most powerful yoga we do is off our mats.”

I was pissed. I wanted to back out, to nurse my wounded hand and roll around in my right to be in pain. This was going to take something that was already so challenging and make it even harder and it just wasn’t fair. In the next few days, during meditation, I began to acknowledge what was really going on for me.

Was I truly, authentically unable to attend this training, or was I just worried about looking bad because I would be physically limited? What was behind this: spirit or pride? I was full of “reasons” why I should get to stay home. When I started to see my “reasons” as justifications, I became aware that something in my spirit was out of alignment. And this phrase kept coming back to me: “The way you are in anything is the way you are in everything.”

I remembered all the times I squatted in Utkatasana, thighs and ankles shaking, wanting to back out and my teachers would remind me to breathe and invite me to stay. I never understood how staying there on my mat in stupid, literal pain-in-my-ass chair pose would be anything like real-life until exactly at that moment.

So I decided to stay. I packed up my antibiotics and my bandages and I went to training. I learned that there is so much power in honoring your body and your commitments, in staying when you want to go (because that’s what commitment means,) in hugging in and remembering to breathe. I was surrounded not by judgment and ridicule, but by a room full of people who were thrilled that I’d made it. They were ready to support me and let me support them as we continued on this amazing journey. By simply showing up in my fullest expression, which at that moment was Child’s Pose, I found out that 90 minutes in Child’s Pose is some of the most ego-destroying, wall-crushing, soul-lifting, empowering yoga you can ever do.

Do One Pose—Today. ~ Daisy Whittemore

Should We Practice Yoga When We’re Sick? 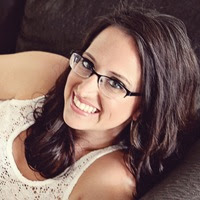