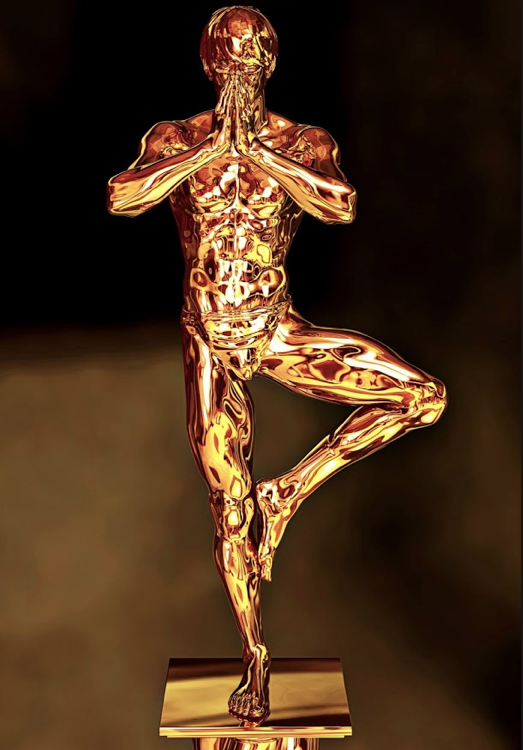 “The one constant in the universe is change.“ ~ Heraclitus

I first stepped onto the path of Yoga when I was very young. I was lucky to have an aunt who did yoga back in the 60s (which was when I first learned that I loved Padmasana) and I was lucky that I felt drawn to the practice at an early age.

Since my first contact with yoga I have gone through several cycles of doing and not doing. My most recent period of not doing yoga lasted about five years, which was the longest I had ever been away from the mat.

After such a long absence from practice, I began (this time) by going to a local yoga school—partly to re-acclimate to doing yoga, but also to see what was new and different since I had last gone to a yoga class. I found myself doing different postures than I had in the past and with different teachers, and surprisingly (at least to me) my body was transforming in new ways that I hadn’t experienced.

When I began practicing again, which is now almost two years ago, I found that my feet would cramp quickly while standing on one leg (tree pose) and sometimes in other postures. I would suddenly get a cramp in the sole of my foot—sometimes the right sometimes the left.

I was puzzled at what was happening since I never had any real problems with my feet. Then, after a few months of twice weekly classes I realized why my feet hurt. Sitting and massaging them one day I found I had developed a curve in the arch of both feet…and then it hit me! I’ve never had arches in my feet before!

Meditating on this change I realized that each change in my body dynamically affected how I did each posture. With the higher arches my calf muscles were growing, my ankles felt unstable for a while but stabilized as I stuck with it. I found the truth in the saying: we change in direct proportion to our discipline to show up to our mat.

Experiencing the geometry of my body change while reaching for the full expression of each asana, I saw how the changes in my body would lead into more changes: a hand reaching a foot, then the foot lifting higher, the head reaching my knee, then the shin. The muscles, the bones and the breath in dynamic relationship were co-creating a changing topography.

I am witness to the dynamic process of yogic transformation. I have found the key to steady progress is in learning to work to your “edge.”

Knowing and respecting the edge, requires us to pay attention to what we are feeling in our bodies and ability to breathe in each and every posture. You may find that you are working harder at the same pose than other people, which is why it’s important not to compare your yoga to someone else’s yoga. They aren’t the same.

By working the edge we can increase strength and flexibility in every asana over time.

I find that it’s important to see forward motion, even if the gains are measured only in breaths or millimeters. Consistently working the edge creates the ideal opportunity to create change in a chosen direction.

In my own practice I measure growth by being aware of small changes in at least one thing each week. What we typically think of as “progress” may not be a linear progress in all areas all the time, but there are ways to measure the subtle changes. I hope that noticing these changes will help you stick with the practice and learn the importance of being patient with yourself.

Ways I measure progress: If I can hold my shoulders steady in pincha mayurasana for a few more seconds while containing the breath or managing to take in a few more deep breaths while in a deep spinal twist; these are the kind measures I use to judge if my practice is on the right track. This is evidence that I am changing in the direction I want my practice to go.

We may look for progress in one area each week and we can realize some measure of our progress. The thing is, we don’t know beforehand what changes may be created. They may be dramatic, like being able to attain a pose we couldn’t do last week. They may be subtle, like better breath control or sinking just a little bit deeper into a pose we already know well. We don’t know what the body is going to do next.

The ancient Greek philosophers thought a lot about change. Protagoras wrote that each time we step into the river, it’s a different river. The river is ice in the winter and full of life in the summer. It is the same river, but it is different.

My practice has shown me that the same is true about yoga. Our metaphorical river may be deeper or shallower depending on the rainfall or snow melt or the heat of the summer. Our bodies may be tighter in cold, more pliable in warmth. Our strength and flexibility, like light and dark, play together as Yin & Yang.

We can not do yoga the same way twice because we are what is changing. The body opens from asana, the breath opens from pranayama, the heart opens from meditation.

After a year of regular practice I found myself able to move in ways I hadn’t in a long time. My mind became quieter, the aches and pains I had been experiencing disappeared, and I felt really calm for the first time in a long time.

And I have arches in my feet!