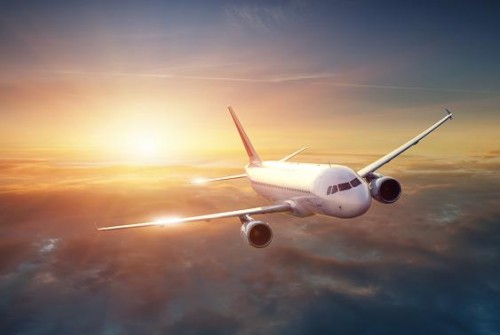 Anthony is pretty much an expert on everything.

Where is flight 370? How can they lose an entire plane? I mean, aren’t we more on the ball at this point?

Before I start writing, I want to jot down a few things. Number one is: Sorry, but seriously? What the hell are you doing assuming we are on the ball? Got any evidence for that? Have you been to healthcare.gov lately? If the United Stated Government can’t even get a middle age writer a decent price on health insurance, how can you expect us to not lose the occasional plane?

Zookeepers in Denmark can’t find a sense of decency

And this morning, I can’t for the life of me find my reading glasses.

BP can’t find it’s ass with it’s own hands; they had another spill this week. This one is in Lake Michigan. Sorry, Chicago! Hope you weren’t drinking that. (Oh, and shocking: It’s bigger than they first reported.)

There are so many flights every day. Hundreds of thousands of flights. Why we don’t lose a flight a week is a mystery to me. I can’t even find my passport half the time. Whenever I see the thing, I’m momentarily grateful.

My grandmother used to tell me to mind my own business. Not in words, in a glance. She also told me that every now and then, the good people of Malaysia are gonna lose a plane or two. I mean, she never said that but if she could, she would’ve. She was a short, stubborn, German woman named Hilda. Not so much with the English. But she could communicate, you know? When Grandma pointed that bony crooked finger at you to tell you to MYOB, your sense of curiosity packed it’s bags and headed for Phoenix like a rabbit. I mean, unless you were in Phoenix at the time.

We were in Queens, New York. I remember Grandma reaching down to take my hand. She wouldn’t let me cross the street without accepting “the claw,” her iron grip. Having no say, I followed the woman. We stopped at the day-old bakery and she bought a loaf of bread, but let me tell you something, she gave the poor guy behind the counter a full basket of doubts, pointed questions, and deliberate antagonistic interrogation before reluctantly making the exchange. I felt as if we left with bread and half of the guy’s soul in her purse. He wished he could lose a plane.

Central Park was our goal and when we got there, I was allowed to wander clawless all over the place. By which I mean a twenty foot circle around grandma. A crowd of people gathered around a guy. We went and sat. He was a street performer. A juggler. I was mesmerized. I fell in love with what the man was doing, then with him and with the crowd and even grandma. I fell in love with the city. With a world that could host such an event.

In the communal laughter, there was letting go. They abdicated individuality. They formed one consciousness. It packed enormous creative punch.

Seinfeld said that to laugh is to be dominated. I laughed my ass off that day. I fell headlong, lost all my preoccupation with my enslavement to grandma in the joy before me. Can you see my point here? Because it has certainly escaped me. Wait, wait, wait. I got it. My point is: You can lose yourself in anything. Anytime. Out of the clear blue sky. Every moment is an invitation. Maybe Flight 370 just discovered what was, for it, a really cool place to go. A place we can’t fathom. A mystery.

The no mud, no lotus theory of everything indicates that the moment that plane vanished, somewhere in the multiverse, planes emerged from nothing, fully loaded, flying at speed. That’s science.

Airplanes only look big when you gaze longingly at the vast landscapes of upholstery in First Class. A full-sized plane is really no bigger than a minute. My sister Jean once threw a metal green model plane into my brother Kevin’s eye. It popped right out of his head! We had to take him to the hospital. They put it back in and somehow, it still worked. This has nothing to do with your question, but we all thought it was pretty cool, at the time.

If you are worried about the lives that were lost, I applaud you. Just know that we have no idea what they may have gained. The good news is that there are unsolved problems you can actually do something about. Putting today’s cappuccino money directly into the hands of someone for who it will double their income for four days is easy now.  Charity has changed. Give Directly can channel your concern into somebody’s hunger. They’ve sorted that out. No programs, no infrastructure improvement, and they give your gift to super-poor people in Kenya. You can lose yourself in anything, right?

If basking in the mystery doesn’t suit you, diverting the worry into generous impulse is the balls.

Wondering is a temporary gift. We get to choose. What’s our next puzzle? Where will we put the gold of our human attention, right now?

Flight 370 is somewhere, dude. They’ve been poking around a new field of debris lately—one that they think might be scattered remains. Then they suspended the search. I think it’s safe to say this is a flat-out corporate murder at worst, or a gargantuan fail at best (so rarely do I get to use that word in a sentence). We don’t know, and we get to find peaceful abiding in not knowing. Or better, inspiration.

What if our ignorance fueled us? Well, we’d sure have a lot of fuel. In Neil deGrasse Tyson’s awesome lecture, he asks us to consider:

“If we are 1% different than chimps in our DNA makeup, and we are, then what would the next 1% smartest creature be like?”

They would look similar to us, but they would be as different from us in capability as a chimp is from someone who can create a skyscraper. Listen to the lecture. Our highest, most profound accomplishment would be child’s play to them. They would have capabilities and facilities we literally can not imagine.

They would understand, among other things, that there is no need to understand.

They would discover things like the location of Flight 370 just by intuitive search.

They would be generous and overwhelmingly loving.

And I bet they would know exactly where their glasses are, dammit. 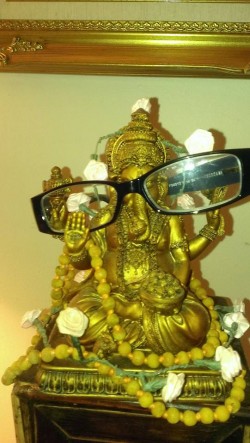 Our need to know is an international airport of its own, isn’t it? We are the air traffic controllers. There are planes everywhere, some of them are on predictable trajectories, some of them are headed god knows where. The gift/job is that we get to choose, from an enviable perspective, which flight most suits us.