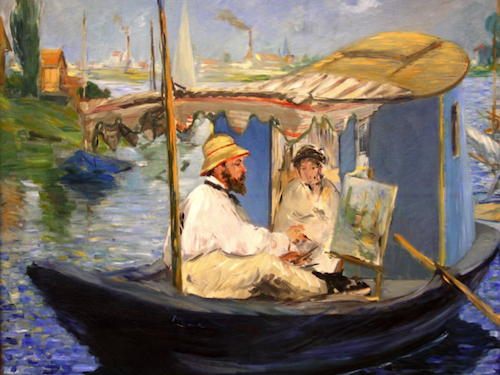 Our life and sanity depend on conquering barriers to our creativity.

For most of my adult life, I’ve felt like a complete fraud. As a child, I wrote songs, poems, stories, painted pictures and sculpted. The adults, in my life, led me to believe that these activities were child’s play, and when I grew up, I could do them as hobbies, but I shouldn’t consider making a career of them.

The reason I’ve felt like a fraud, is because my sense of self was wrapped up in my creativity, whereas the self I presented to the world was somebody different.

The word “create” is derived from Latin meaning “to make, bring forth, produce, arise and grow.”

The number of books written on creativity makes my head spin, yet it seems we are still far away from truly recognizing creativity’s importance to our success, happiness and evolution as human beings.

Here’s a short list of popular stories we tell ourselves about creativity, and reasons why they’re simply not true.

1. Some people are creative and some are not.

I used to think this, before I began reading Carl Jung, the Swiss psychiatrist and psychologist, and all-round dreamy guy. He did write a lot about dreams, as a doorway to our subconscious. Of course, our understanding of those dreams depends on whether we’re able to decipher the archetypes presented to us.

“The creation of something new is not accomplished by the intellect but by the play instinct acting from inner necessity,” says Jung.

Everybody has a subconscious and everybody dreams. The point is that some of us are simply more tapped into our “play instinct” than others. The question is not whether we’re creative, but rather how to access the creativity, we all possess naturally.

2. Creative people have an unlimited supply of ideas and inspiration.

The truth is, those who create for a living, can struggle immensely with their craft. Sometimes a project comes out all wrong and we have to start again. Sometimes, it doesn’t work at all.

The difference between those who believe in their innate creativeness and those who don’t, is that, the successful ones keep pursuing their art, even if they fail. The desire to create burns strongly inside of them, and they trust that new ideas will eventually come if they keep at it and don’t give up.

We can’t just make inspiration appear, like a genie in a bottle.

Elizabeth Gilbert, American bestselling author, did a TED talk called Your Elusive Creative Genius where she states that we need to enter the sacred space of creating, in order for something to happen.

“Ole! to you,” she says to those who create, “just for having the sheer human love and stubbornness to keep showing up.”

So, she’s not saying that inspiration doesn’t happen, but rather, that we need to be present and open, and when we are, then inspiration can move through us—be it a Celtic fairy or Greek muse.

If we’re not feeling particularly creative on a given day, we still need to show up, and hopefully, inspiration will do its part and show up as well.

As Woody Allen says,“Eighty percent of success is showing up.”

4. The more money thrown our way, the more creative we will be.

In theory, this sounds logical. If we’re paid more to be creative, then we’ll be more inspired to get our best, most original ideas out there, right?

Experimental research, on creativity, shows that money is rarely an impetus for being creative. The truth is, we’re most creative when we’re flexing our skills, and when we really care about what we’re doing.

For this reason, business leaders need to look at where an employee’s strengths and interests lie, because a big bonus or salary increase isn’t a guarantee of creative output.

5. Creativity has its place, but needs to be kept under wraps.

Teresa Amabile, Edsel Bryant Ford, Professor of Business Administration in the Entrepreneurial Management Unit at Harvard Business School has studied creativity, in business, for close to 40 years. She says that many managers still believe creativity only belongs in specific areas of the company such as R&D, marketing and advertising.

Most don’t see creativity in, for instance, accounting, she says. Yet, she adds that this is the opposite of what business leaders should be thinking.

Amabile says, “As a leader, you don’t want to ghettoize creativity; you want everyone in your organization producing novel and useful ideas, including your financial people.”

Tsoknyi Rinpoche, Tibetan Buddhist teacher and author of Open Heart, Open Mind describes “essence love” as the mark of a human being that is truly alive, open and free. He relates it to the inner spark we’re born with; the spontaneous, heartfelt joy that children have.

Yet, this is routinely quelled in Western society, as we encourage a disconnection from the body and emotions, and focus instead on developing the head—our cognitive abilities.

I believe that creativity helps us rediscover “essence love” and that developing a healthy mind-body connection is the first step toward reconnecting to that lost part of ourselves. I spent years suppressing my creativity, because society deemed artful pursuits highly impractical.

Today, I realize that my biggest fear, no, our biggest fear is revealing who we truly are.

Fact is, we are all creative beings, yet many of us persist in thinking we haven’t a creative bone in our bodies, for fear of not measuring up, of being rejected, and of not being enough.

So, now that we know these misconceptions about creativity are untrue, what are we going to do about it? 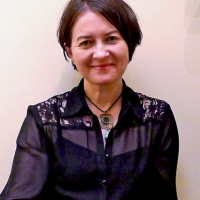