How I Learned the Headstand (The Path Slightly Less Travelled). 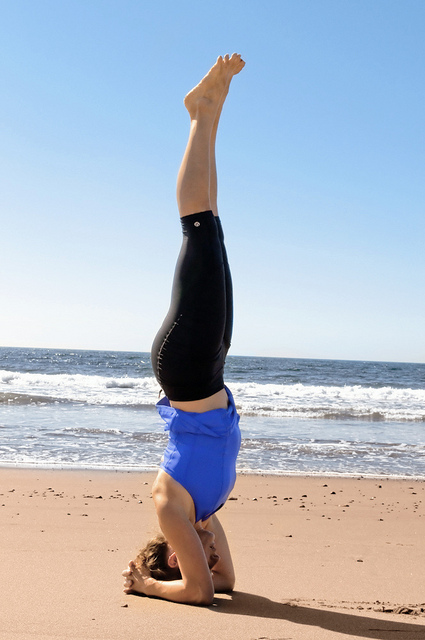 The beach is a good place to learn, right? Soft sand, sea-breeze making everything, including failure, seem okay.

We’re in Goa, India during off-season. Which isn’t to say the beach is deserted, but it’s quiet enough that we feel comfortable knowing we will be falling on our faces a few times in attempt to get into sirsana.

We’ve taken many yoga classes, and even a few intensive courses, but have not yet learned, let alone mastered this one. We also have also had very little access to the Internet, and have no clue how to really get into the headstand safely or properly.

We’ve just come back from a swim, and are raring to go. I see an Indian man in the distance, but think nothing of it until suddenly, sand splaying around all my kicking, I hear:

This much is sure. All I can do right is topple over. It’s still fun. Anything with sand and the Andaman sea is fun.

I briefly wonder what a doctor is doing on the beach mid-afternoon on a Tuesday afternoon. Then I berate myself for questioning his honesty. This ping-ponging of thoughts and feelings has come to typify my life after months travelling in India.

He moves his hand in a certain way that makes no sense to me. “Try.”

I bend down again, so the world is upside down and my (very long) sandy hair is all over my face.

“No.” He refuses to correct me or tell me how to change. I stick my head up again. “How then?”

He shows me one more tiny step, and yells at me that I’m doing it wrong. Try, fail, learn one more new step, try, fail, repeat. Repeat. Finally I’m exasperated. And tired.

“Why don’t you show me,” I say, “because I can’t see your corrections while I’m upside down.”

Then he shocks me. This doctor with a little tire around his belly and wearing work pants gets down, demonstrates what he says is the perfect posture with no small air of drama, and is soon up in a perfect headstand.

“All Indians do yoga,” he says. “Not as a routine but part of daily life.”

Soon he’s showing us new positions we’ve never seen before. He helps, aligns, and baffles us with his constant directives that imply we’re doing everything wrong, until suddenly we aren’t.

“Good. Now just practice 50 or 70 times today, and then tomorrow, and then after that, and okay.”

I’m immediately struck by this glorious dose of realism. I’m so used to a culture that encourages us about everything we’re doing everything right instead of slapping us in the face with what we’re doing wrong. We want to learn—not learn, master—everything so fast.

We don’t want to be told that working toward perfection—ease, facility of movement, lucid concentration, whatever our goal with yoga and meditation is—is a lifelong process. We want results in a ten-lesson course.

But for this guy, it’s no problem at all, this concept that one has to do something as simple as a standing pose dozens and dozens of times, over and over, to get it right. And “right” just means that you don’t fall over.

Then there’s awareness of breath, and then fluidity of breath with movement, and then, probably—I’ve only come close to experiencing this once at this point—a total, trance-like immersion into the body and its movements.

After demonstrating a sitting position, he takes the opportunity to sit down with us and start chatting, about Japan, where my partner’s from, the Hindi language, whatever.

Eventually, I say thank you and the yogi takes off. Then we go into the sea and forget about everything else.

Until a couple of days later. We’re back on the beach, trying the headstand again, when a tipsy British tourist stops and asks if we’d mind if she showed us how it’s done. This time I come to understand that I absolutely can’t push myself up but must use my belly and exert control over each movement.

The girl laughs boisterously as she watches me go up.

I eventually learn sirsana in a more structured environment, as well as learn to assist and do variations of the pose. But I’ll never forget the two unlikely, exceptionally interesting teachers that got me started on Goa’s beaches. 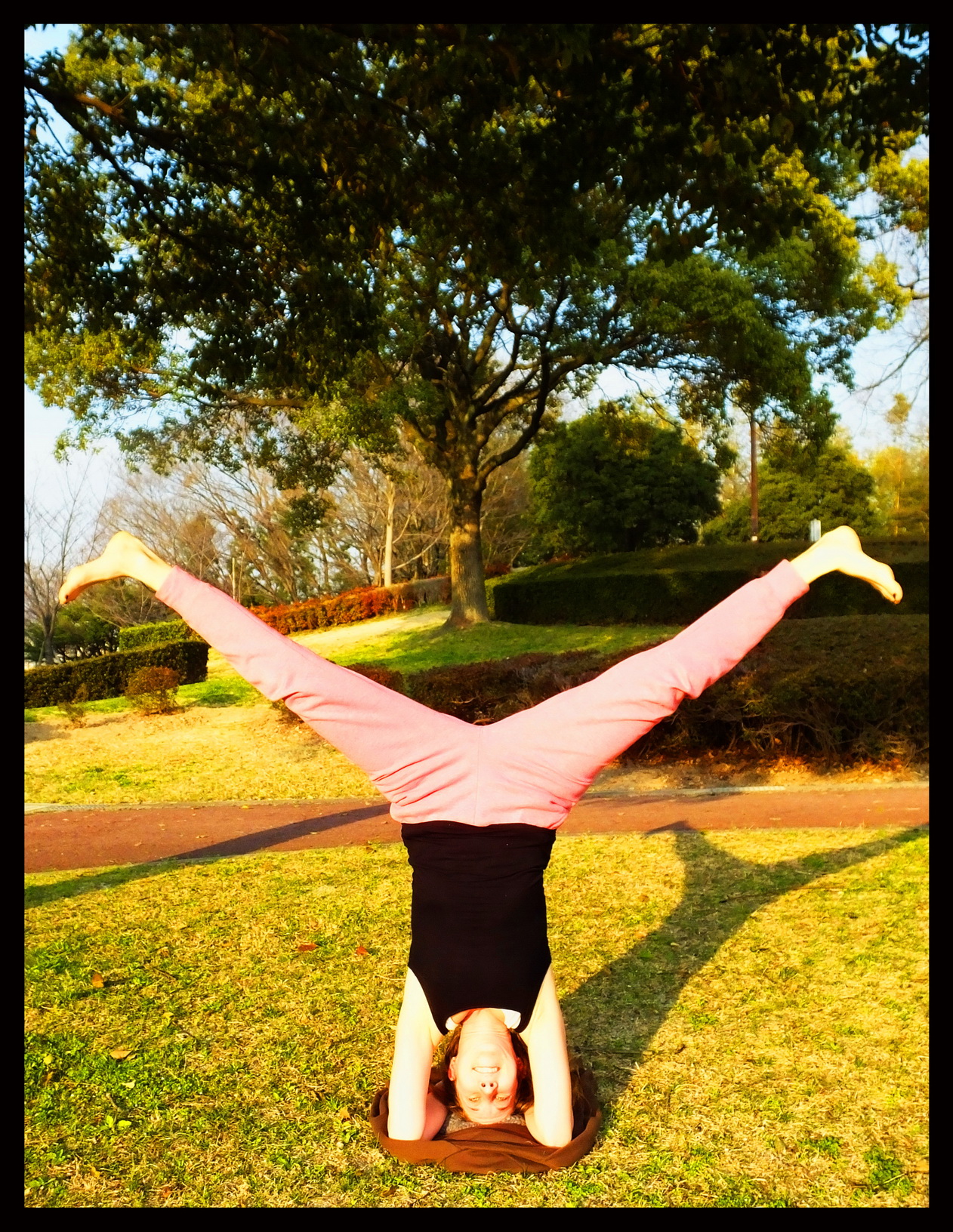