I Hope This Helps. {An Easter Story} 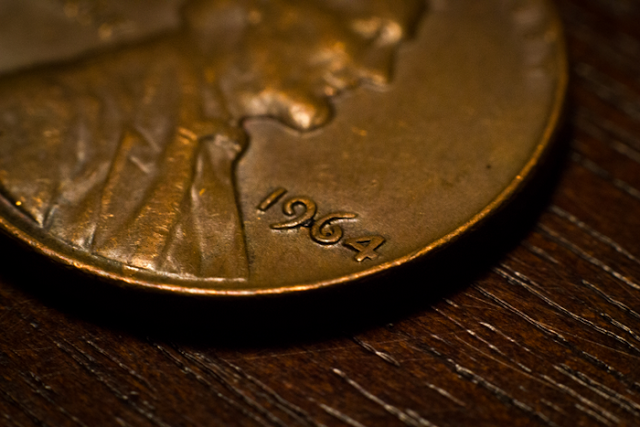 We never know how badly someone might need a gentle word, or how profound an impact a small token of kindness can have.

This is how a little boy changed my life with his offering.

I have these two pennies. I usually carry them wherever I go, and the acid from my fingertips has smoothed out the features so much that it’s almost impossible to read the letters and numbers imprinted on the coins.

I’ve drilled a small hole into each of the coins so that I can attach them to a chain and wear them around my neck. I’ve had these pennies for almost thirty years.

When the pennies came into my life I was in a very bad place. I have always struggled with anger management issues, it has been an issue my whole life. For a long time, I seemed to be able to function from only two emotional states: rage, and barely suppressed rage. The question I heard, far more than any other in my life is “Why are you yelling?”

I’m better now, thanks to medication, a healthy sense of humor about it and daily meditation. However, there was a time when I was really struggling with it. As a result, I lived a long time rather jaded and cynical.

Fortunately, I’ve learned along the way. Something that really helped me has been loving people who taught me to control my emotions. Sometimes they’ve had to get creative, because my skull is at least three times thicker than the average human.

One of these lessons came from a friend who ran a business involving placing the Easter Bunny and Santa Claus in various malls for children to take their pictures with. She created a ploy where she claimed to be really short-handed one Easter, and begged me to put on the costume.

Before I knew it, I’m wearing this sweaty, stinky, pink bunny suit, learning more about the plushy culture than I ever wanted to know, and listening to hundreds of kids tell me everything they want me to bring them for Easter—like I’m the temporary stand in for Santa Claus.

One day this little boy, maybe four-years-old, comes and sits on my lap. He just stares off into space like he’s really thinking hard about something. I ask him what he wants for Easter and if he’s been good this year, but he doesn’t answer me, and soon I’m getting the ‘next kid’ wave from the camera girl.

Normally, what I would have done, was give the child a coloring book and chocolate egg, and sent him on his way. But for some reason I can’t explain, I just sat there with this kid, and let him process whatever was happening inside his head. He sits there for a while, giving his best thousand-yard-stare, and soon he gathers his thoughts, and starts to grill me.

“Easter Bunny, do you have to pay for all the gifts you bring people?” he asks.

“Well, I have all year to save up, and carrots usually do pretty well on Wall Street, so I squeak by,” I say, and he goes back to staring into space.

Then the boy stands up, pulls something out of his pocket, and places it into my furry hand.

“I hope this helps,” he says, and then leaves.

There in my pink, fur-gloved palm, are two pennies and a piece of pocket lint.

I asked the camera girl if I could take a break, then I went into the dressing room, where I took off the soggy foam head. I looked at these pennies for a long time, and then my heart breaks open. I didn’t like myself. I had become so jaded and bitter towards the world, that my mind had stopped asking if I could be of service to those around me. I didn’t like that I was pissed off all the time, and something needed to change.

I kept those pennies, obviously, and still have them almost thirty years later. When I was a Marine they were on my dog tags, and went with me into hostile situations, where I was asked to do more than I thought I was capable of. When I was a fire-fighter, the pennies were taped to the inside of my helmet.

Today, I do volunteer work with the homeless and the pennies go out with me when we search for camps, and try to find people to feed, but more important than all of that—the pennies have been with me as I’ve learned to let go of a lot of those things that were causing me to be angry.

They’ve been there as I’ve learned to laugh instead of shout, and how to express myself in ways more productive then throwing temper tantrums.

The pennies and I have been through a lot over the past three decades. I know they are just two little coins given to me by a child who probably doesn’t even remember doing it, but that’s how giving works sometimes.

What do you have to give? Can you spare your two cents?