Is the American Dream a Pyramid Scheme? ~ Lauryn DeGrado 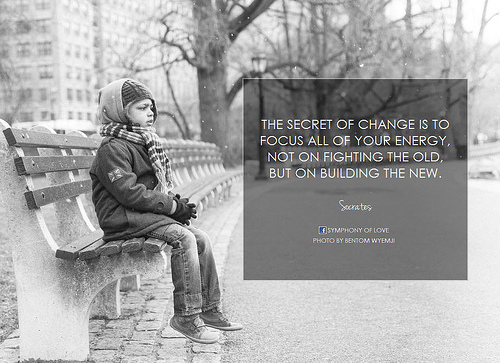 I saw a report from Princeton today indicating that the good ole’ US of A is currently upholding the mores of an Oligarchy and that our democratic republic is either sleepwalking or in a coma.

In either case there is hope for an awakening.

All of these groups currently exist but which one(s) carry the most political weight, in modern culture?

This is the question that Martin Gilens of Princeton and Benjamin I. Page of Northwestern University studied. What they found isn’t surprising for most of us, yet the fact that it is now out there, maybe we can begin to paint a different picture. Here’s the gist of what they said.

“The central point that emerges from our research is that economic elites and organized groups representing business interests have substantial independent impacts on U.S. government policy, while mass-based interest groups and average citizens have little or no independent influence.”

How did this happen? Was it because many of us gave up voting? Probably not, since the Electoral College currently determines the presidential outcome and in many states an oppressive majority dictates the outcome, so if we are on the wrong side of the majority, voting may seem pointless.

Was it the passing of the Citizen United bill into law in 2012? A law recognizing business as legal entities, with the same rights as individuals, and the freedom to spend unlimited financial resources on political actions, is a piece, but not the whole pie (learn about the McCain-Feingold Act, NAFTA and the forthcoming TTPA which would grant corporation’s sovereignty over nations).

Yet there is one way our votes can make a difference.

Most corporations are somewhat cautious about taking an outwardly political stance. One that at some point in the future may go public. There is a respect for the purchasing power of the individual that holds most companies, but not all, in check.

Remember the Papa John’s outrage over the handling of the changes the Affordable Care Act presented and more recently Chik-fil-A’s financial donations to anti-gay groups that created a ruckus between religious fundamentalists and gay rights groups. Corporations are thoroughly focused on the bottom line and we the people need to recognize how our country is run. Then we can base our decisions on how we choose to spend money accordingly.

Life in the U.S. has been slowing creeping into the hands of banks and business for at least a couple generations—more likely at least 100 years or more.

It’s a cyclic process. Sometimes legislation goes the way of business. And sometimes it turns for the people with social and structural infrastructure becoming a priority. We the people should never forget—because those that create the business models never have—that people are not the priority for the elite, we never have been and this has been going on for a very long time.

Let’s look at the cycle of elite rule that is currently impacting society. I remember it well because I have lived through it and watched from the beginning. I born in the early 60’s just before the most recent cycle that has been leveraging greater power for the elite began.

That kid that said the emperor was naked had nothing on me.

In the early 80’s while watching the first housing bubble collapse, yet before it actually did, I remember first questioning the notion of unlimited growth. At the tender age of 19, I saw a systemic problem with this idea and for the life of me couldn’t capture why other people weren’t in the least alarmed, they didn’t even seem concerned.

This was the time of Ronnie Reagan, the actor—turned politician—turned actor. Many people loved President Reagan and saw him as a hero both personally and politically. He was however, fairly lax in the handling of the citizens best interests. It was on his watch that banking deregulation efforts and tax cuts for the wealthy began to slowly erode the well-being of the middle class.

It started as a trickle, not the kind that generated additional income for the masses, the kind that slowly cut a line between the elite and and everyone else, us—we the people.

The elite class operates under a different time frame than we do; they look out not just over the course of their lives but the lives of their children and grandchildren, some generations down the line. They intend to leave a legacy like no other, the perfected legacy, where their genetic dominance will rule for centuries.

We’re lucky if we can pull it together to get a five year plan!

Really, plans aren’t very effective nowadays because the culture changes to fast, we’re lucky if a plan can be held onto for a year, a month, a week, some of us just manage day by day and hour by hour.

There are problems created to keep us occupied, wars and conflicts started to claim resources that aren’t owed or owned, games played by those that aren’t impacted because they are above the fray that they themselves create.

“A man may be a patriot without risking his own life or sacrificing his health. There are plenty of lives less valuable.” From a letter written by Thomas Mellon to his son James

“People don’t seem to be reasonable. But people do act with purpose. Their behavior makes sense if you think about it in terms of people’s goals, needs and their motives. That seems to be the secret of understanding or manipulating people.” From Business Week, in commenting on the often seemingly irrational behavior of consumers.

We the people have been sold a pipe dream, namely the American Dream.

It is used against us for the profit of the few, the elite. We believe the stories that tell us that if we work hard and play fairly we will be rewarded. We go to college with the belief that we will be better off. We sacrifice now for a secure later.

Unfortunately, the American Dream acts like a Pyramid Scheme for many and unless you’re lucky enough to swim with the current, plan to struggle, mightily. But whatever you do, “Do not let your fire go out, spark by irreplaceable spark in the hopeless swamps of the not-quite, the not-yet, and the not-at-all.”  If you do, then they will win and all of us will lose. We need the fire of awareness to burn bright, especially now ,during what may be the final tipping point between the elite and the populace.

The founding father’s were aware of the potential harm that the elite would wage against the everyman and therefore we have a constitution of rights. Albeit a biased document that has been twisted and turned by those who chose delusion over actuality. Constant bickering about what the founder’s meant, whether they came across the ocean to create a country based in religion freedom or to escape religious persecution, divides many of us unnecessarily.

One of the greatest ironies today is all the cronies who believe they are the heroes of Ayn Rand’s “Atlas Shrugged,” when in reality they are the takers who overwhelm the government and topple it with their ineptness and greed.

So stay sharp and learn to read between the lines because the next best thing out there exists today, it’s already being built you just have to look for it. If it involves autonomy, mastery and purpose your on the right track.

“Nothing in this world can take the place of persistence. Talent will not; nothing is more common than unsuccessful people with talent. Genius will not; unrewarded genius is almost a proverb. Education will not; the world is full of educated derelicts. Persistence and determination alone are omnipotent. The slogan “press on” has solved and always will solve the problems of the human race.”