Is the Internet Making it Hard for us to Feel Satisfied? ~ Daniel Goldsmith 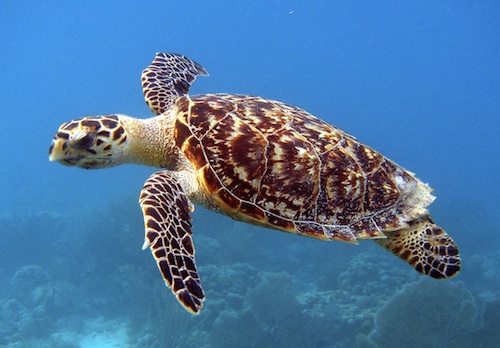 It’s a challenge to feel satisfied and content with our lives as they are.

I recently read an article called “Song for the Special” by Marina Keegan, a Yale student who died at 22 and whose essays were posthumously published.

In it, she describes how it’s more difficult than ever to shake the feeling that we should be someone more, that we should be doing something more. The internet exposes us to stories of achievement and success on a scale never seen before, making it more challenging to feel satisfied and content with our lives as they are. Becoming someone special has become this generation’s imperative.

I resonated strongly with her ideas, since I often find myself falling into the trap of envy. Even before the internet was around (believe it or not, there was such a time), I looked at people I admired and charted my own ‘progress’ against their timeline of their achievements.

It was already hard enough trying to achieve like the writers and presidents I learned about in books, but the internet opened the door to stories of ordinary people doing noteworthy things. Like Keegan, I began to wonder why wasn’t I doing the same.

After sweating and striving for years to get noticed, I realized the extent to which thinking like this generates suffering. Gradually, by reflecting on the world in front of my eyes from a slightly different angle, I found a few ways of counteracting the deleterious effects of comparison.

I have to continually remind myself that even if someone has managed to write a great book or invent a billion dollar app, it probably took years of diligent (and likely boring) practice to reach that point. ‘Successful’ people often work decades without feedback or reward. We like to read stories of how failure, struggle, and hard work were simply preambles to some fantastic breakthrough, but there’s no guarantee about how or when or if the ‘pay off’ will happen.

It’s far healthier, and far more difficult, to focus on the work itself, and accept that the results are out of our control, as Krishna instructs in the Bhagavad Gita. Or to apply the wisdom of the great Hasidic master the Baal Shem Tov, who taught his disciples that if you seek to walk another man’s path, you will walk neither his nor yours.

Success comes in many different forms, and if we have a fixed idea of how and when it should happen, we may miss our calling to do something less glamorous but more rewarding.

Additionally, I’ve found it helpful to remember that people doing ‘great things’ are probably just as crazy as I am in ways I don’t see. Neurosis and insecurities aren’t nearly as fun to share, and they certainly won’t make it into a facebook status update (unless someone is trolling for sympathy). Even the most successful people have painful spots within that will never come out in public.

These strategies certainly help to quench the flames of comparison, but I’ve found that to truly get at the root of inadequacy, it’s necessary to dig deeper.

When we direct all our energies to the goal of accolades and praise, we lose sight of the larger questions that our existence raises. By confining our energies to impressing other people or achieving an arbitrary standard of success, we forget that existence itself is a pretty crazy state of affairs.

In trying so hard to be someone special, we forget that just to be is something special.

When all the people around you are obsessed with climbing the ladder of social success, secretly rooting that everyone else will fail so they may look better in comparison, it’s easy to lose sight of the fact that just to be alive is a tremendous opportunity that comes around only once in a great while.

Whether or not you chalk it up to supernatural or divine forces, there’s no denying that life is a very precious and rare thing indeed.

This is beautifully expressed in the Tibetan Buddhist image of a blind turtle swimming in the vast ocean who surfaces once a century for air. A single wooden ring floats on the surface. The odds, the Tibetans say, of being born in human form are that of the turtle getting his head through the ring.

Meditating on this image opens me up to the mystery of what and who I am. When I do so, the anxiety that arises when I think I’m not doing enough dissolves.

It’s also helpful to remember that in the vastness and magnificence of the universe around us, we haven’t found any other sign of living organisms. As far as we know, this planet, with all its craziness and suffering, is it.

Instead of letting this make me feel small and insignificant, the thought that self-aware life somehow emerged out of the chaos of cosmic explosions draws me in. The more I think about it, the more mysterious it becomes: how is it that supernova explosions produced the atoms that would eventually wind up in my body?

How is it that when we look up, we’re actually looking in?

Of course, it’s impossible to maintain this wonder for long periods, especially when so many social forces conspire to constrict awareness back into the narrow boundaries of worldly life. The beauty is that there are reminders everywhere, like the music playing in the waiting room that was always there but we never noticed.

We can use anything and everything to reawaken the wisdom that emerges out of awe, even the act of contemplation.

The self-referential sphere of social posturing fades away as I marvel at the fact that I am sitting here capable of reflecting on reflecting. I feel most alive not when I’ve had an essay published or when I received praise from a colleague, but when I tune in to the odd sensation of sensation, and become receptive to the question of who I am.

If all I’ve done today is pondered this for just a moment, then it’s been a successful day indeed.