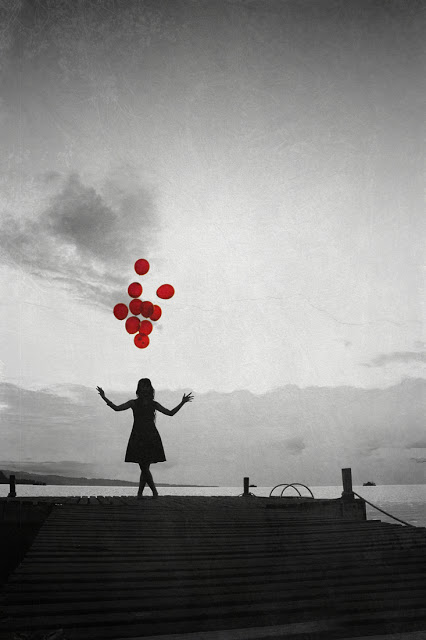 After 15 years, I closed the door on a relationship.

Well, more like left it cracked open just a little, just enough so that if he came back, it wouldn’t take much to push it open and walk right through. After a lot of hard work and self-reflection, the door is now firmly shut.

The reactions I received from friends and family were mixed. Some were happy for me, proud of me for finding the strength to close that chapter in my life. Some were puzzled—how could I just cut someone off after all that time? Walk away from someone I’d known for 15 years? Didn’t I want to have some sort of friendship? The answer is no. Removing myself from that situation allowed me to see the possibility of a happier existence.

At the time, I could not believe it was truly over.

I mourned for the home that would not be built, the family that would not exist, for the life I thought I would live. It was a like a death. I experienced such grief, it was scary.

Having such a long relationship with someone is bound to have an impact on your life. The familiarity becomes a comfort. The patterns of behavior accepted.  There were good times as well as bad, but it came to a point where the bad just happened too often.

It was so easy to overlook the bad.

The situation was not ideal for either of us. We were unhappy. It should have ended many years earlier but we held on too long. I suppose we both felt that was the only choice we had. Until the day he met someone new. I was blind-sided by this revelation.

And then they were married. Just like that. Obviously, I had no choice but to let go and accept the end; to pick up the pieces and shape a new life for myself. But what was that life going to look like?

I felt like a teenager. I had spent all of my young adult life with one person and it felt odd to have all of this independence. I had to figure out who I was without this other person. I had to find my own identity.

I spent a lot of time alone.

I went on adventures I probably would not have gone on had I still been in that relationship. I found my voice. I came out of my shell, unconcerned with whether or not someone would disapprove of my choices. My life was no longer tied to someone else. The possibilities were endless. The future was wide open.

And it felt so liberating.

A friend mentioned to me that she finally saw who I was once I got out of that relationship for good. She felt that there was some part of me that was being held back. That was such a wake-up call for me. I realized that for most of those years, I was afraid to be me. Instead, I was always worried about making someone angry by speaking up for myself so rather than deal with that, I did things to appease them. I was not comfortable in my own skin. I decided to never again let myself be stifled by someone else’s insecurities and fears.

Several months ago, he showed up.

His marriage had failed. He tried to push that door open (and still tries from time to time). But it won’t budge. I refuse to re-visit it. There is no anger (despite everyone’s nudging to embrace the anger, I just didn’t want it), only sadness for an impulsive choice that in the end, affected the lives of three people and changed the direction my life was headed.

Recently, his now ex-wife (aka “the other woman”) emerged to offer an apology. I have never met her. Never heard her voice or seen her in the flesh. It was a totally unexpected apology. My reaction was one of curiosity. I had so many questions. What did she want after all this time? Was she looking for closure as well? Why can’t I get away from this for good?

I struggled with whether or not to open that Pandora’s Box.

I was afraid that if I allowed even one part of that back in, that I’d be right back where I started. Concerned that there may be things I didn’t really want or need to know, I decided not to respond to her. It seems rude to ignore an apology but by responding to it, what would that ultimately accomplish for me? That life seemed like such a long time ago. The thought of going back to that life fills me with a sense of dread.

I don’t know why the past keeps coming back when I left it behind.

Maybe it’s a reminder that I still have work to do. Perhaps while I am ready to welcome someone new in my life, the ghosts keep appearing as warning not to settle; to be courageous enough to admit when something is not right for me. Or maybe there is no reason. All I know is that I must keep moving forward.

It’s been three years since we parted ways.

I now have boundaries.

I know what I want and what I don’t want. I will no longer allow someone to cut me down with their words. I will not tolerate destructive behavior. I will not hide my true feelings to avoid conflict. I will show up as my authentic self.

I am grateful that I walked away from something that in the end was slowly killing my spirit. These are the lessons that have prepared me for the day I meet the one.

I have come a long way and although there is still some work to do, I know that eventually I will find my bliss. A happier home will be built, a closer family will exist. A more fulfilling life awaits.